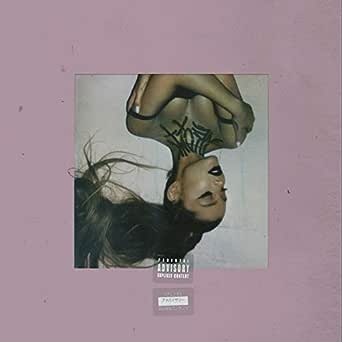 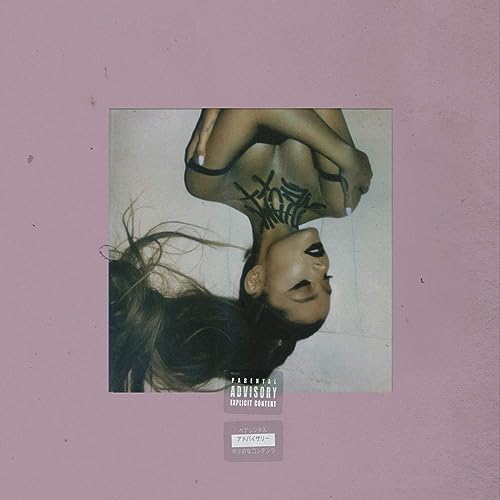 thank u, next [Explicit]

Benson
5つ星のうち5.0 Honest, sincere and relatable
2019年4月2日に英国でレビュー済み
Amazonで購入
Reportedly made in the short space of three months, this is not just Ariana Grande’s fifth studio album but a symbol of self care and defiance in a particularly turmoil time in the singers life. After the suicide of her ex-boyfriend Mac Miller and the break off of her engagement to Pete Davidson, it seemed Grande was to go into an indefinite hiatus and the Sweetener World Tour seemed unlikely. Then with a surprise drop of a new single ‘Thank u, next’ began an unprecedented level of success for the singer and a defiance of the traditional promotional wagon.

What Sweetener may have lacked in bangers is made up for on this latest outing. On her latest number one hit ‘7 rings’ she retells the story of getting drunk at Tiffany’s with her best girlfriends. If anyone reads into the song and sees a star bragging about their fortune they have missed the point here, instead Grande hopes to demonstrate the solidarity of friendship and how important it is to keep a inner circle that will hold you up and keep you up. We live in a society now that is so scrutinised by Instagram perfect selfies and showing off all our good sides on social media, this is the kind of message more artists need to be sending.

On ‘Fake Smile’, Grande sings ‘I can’t fake another smile. I can’t fake like I’m alright’. While the audience might empathise after all Grande has so publically endured, the honesty is just gripping. The momentum doesn’t stop there. Sometimes it is difficult to know if Grande is referencing Mac Miller, Pete Davidson or someone else entirely. Perhaps it doesn’t matter as that is where the true relatability lies for the listener. ‘In My Head’ and ‘Ghostin’ are particularly resonating as we have all been there, that is, wondering ‘what the hell was I thinking?’ OR ‘Why do I still think about you so much?’

Everyone will have their own favourite from this album. My personal favourite was ‘Bad Idea’. If you were disappointed that Sweetener didn’t have a gay club ready anthem for the dance floor, this is your moment!
続きを読む
4人のお客様がこれが役に立ったと考えています
違反を報告
レビュー を日本語に翻訳する

Ed
5つ星のうち5.0 career defining album
2019年3月20日に英国でレビュー済み
Amazonで購入
Dangerous Woman is a difficult album to live up to, as Sweetener proved. Sweetener was an album that had 3 brilliant songs (the singles) padded out with a load of mediocre filler. This album following up 6 months later didn't leave me feeling very hopeful, but it seems Ariana's team knew exactly what they were doing. This album is packed with excellently produced songs and the underlying theme of heartache, but also empowerment is perfectly balanced. This is definitely Ariana's most cohesive album to date, I love it
続きを読む
3人のお客様がこれが役に立ったと考えています
違反を報告
レビュー を日本語に翻訳する

maja hocevar
5つ星のうち1.0 NOT CLEAN!!!
2019年2月24日に英国でレビュー済み
Amazonで購入
sooooo disappointed. I bought my daughter CLEAN version of her album but as soon you hit the CD, it converts into explicit. And i'm listening to it now and i'm like....why are there so much s..t words in it...and now I check the cover of CD and it says EXPLICIT!!! so disappointed.
続きを読む
5人のお客様がこれが役に立ったと考えています
違反を報告
レビュー を日本語に翻訳する

Andrew S.
5つ星のうち5.0 Another great successful album from ari
2019年3月5日に英国でレビュー済み
Amazonで購入
Well here is the thing people are saying about the swearing for her young fans. Well that is new young fans and I think there. Should be explicit beside album. But in fairness she is a adult artist, not with Nickelodeon tv. When Selena really sexed up her image nobody said anything. This is a great album, it’s a new direction for Ariana but no complaint from me
続きを読む
2人のお客様がこれが役に立ったと考えています
違反を報告
レビュー を日本語に翻訳する

Chris Leonard
5つ星のうち5.0 thank u, very much
2019年2月17日に英国でレビュー済み
Amazonで購入
Just that! Ariana Grande is without a doubt the biggest female artist around at this present time, and it's not hard to see why. With this her 5th studio album (and a 2nd in just 6 months!), she moves further rand further into R&B territory, which is where her heart really seems to lie. A strong set of songs and no filler.
続きを読む
2人のお客様がこれが役に立ったと考えています
違反を報告
レビュー を日本語に翻訳する
すべてのレビューを参照します