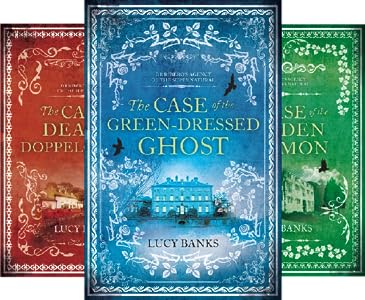 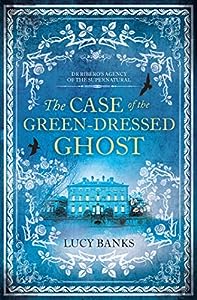 1
The Case of the Green-Dressed Ghost (Dr Ribero's Agency of the Supernatural Book 1) (English Edition)
Lucy Banks (著)
4.4 (星5つ中)。 (372)
￥1,140
獲得ポイント: 11pt
"Banks’s debut marks the start of a promising urban fantasy series, something like Ghostbusters with a British accent." - Publisher's WeeklyKester Lanner didn’t know what to expect when he followed his mother’s dying request to contact the mysterious Dr. Ribero, but he wasn’t expecting to find his long lost father. Nor was he expecting to join the family business: catching supernatural spirits.Kester is intrigued despite his fear, and finds himself drawn into an ancient ghost story that will test the entire agency.He soon becomes enmeshed in a struggle with the spirit, who is so malevolent and haunting that his first real case might just be his last.
続きを読む
その他の形式: Audible版 , ペーパーバック , CD 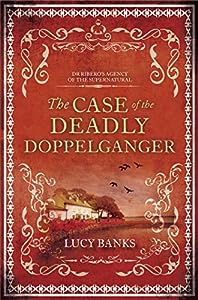 2
The Case of the Deadly Doppelganger (Dr Ribero's Agency of the Supernatural Book 2) (English Edition)
Lucy Banks (著)
4.5 (星5つ中)。 (33)
￥1,162
獲得ポイント: 12pt
"A thoroughly engaging read for anyone, whether new to the series or not." - BooklistOnly a few months have passed since the day Kester Lanner forced an angry ghost through the spirit door, but business prospects  for Dr. Ribero's supernatural agency haven’t improved. Things are looking grim when the agency lands a contract which they must share with a rival agency headed by Dr Ribero’s sworn enemy, Larry Higgins. Desperate for the job, the team accepts and begins to investigate the seaside town of Lyme Regis, where elderly victims are dying.The same mysterious clue links the horrendous deaths: the victims all see a double of themselves before dying. The teams wonder if they are dealing with a rogue doppelgänger, one that isn’t content just predicting deaths, but carrying them out as well. The victims’ connection to an ancient grave site leads to speculation that they may have disturbed a spirit more powerful than the two agencies can handle.One thing is certain, the won’t stop unless Kester and the others can overcome their rivalry and stop this deadly spirit.
続きを読む
その他の形式: Audible版 , ペーパーバック , CD 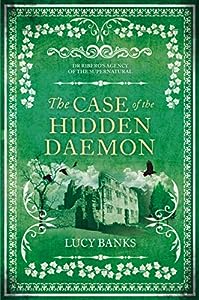 3
The Case of the Hidden Daemon (Dr Ribero's Agency of the Supernatural Book 3) (English Edition)
Lucy Banks (著)
4.6 (星5つ中)。 (21)
￥827
獲得ポイント: 8pt
Still recovering from the case of a serial killer spirit in Lyme-Regis, Dr Ribero’s agency is soon confronted with an even greater threat: a reckless cult conspiring with an ancient and powerful Daemon to open a permanent spirit door so that spirits have unfettered access to the human realm. Having just witnessed the lethal consequences uncontrolled spirits can have on the unsuspecting, the agency joins forces with several others to prevent the cult from unleashing chaos and ending the world’s fragile protection from dangerous spirits.
続きを読む
その他の形式: Audible版 , ペーパーバック , CD 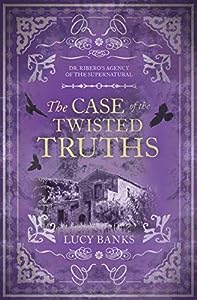 4
The Case of the Twisted Truths (Dr Ribero's Agency of the Supernatural Book 4) (English Edition)
Lucy Banks (著)
4.6 (星5つ中)。 (19)
￥1,140
獲得ポイント: 11pt
Kester and Ribero's team of inept supernatural investigators are back again. But this time, the stakes have been raised. Hrschni, a powerful daemon, together with the rest of the Thelemites, are hellbent on bringing spirits back to the world of the humans . . . at any cost. Kester needs to gain control of his unique abilities, while coming to terms with the fact that his mother had more secrets than he realized. He must also decide where his allegiances really lie. As the twisted truths keep coming out, he finds it increasingly hard to know who to trust.
続きを読む
その他の形式: Audible版 , ペーパーバック 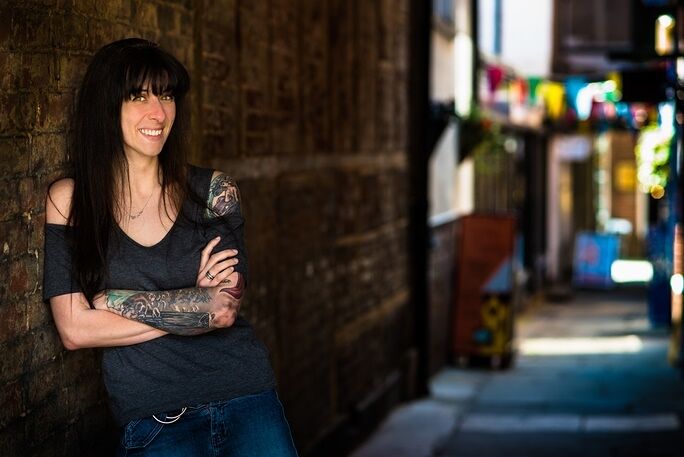