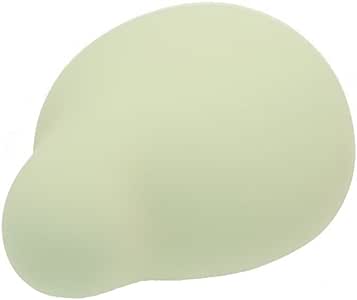 B.Romantica
5つ星のうち4.0 Recommended for Personal Intimacy
2017年12月15日にアメリカ合衆国でレビュー済み
Amazonで購入
I am a fan on Iroha Tenga. I only wish that the people at Tenga would update their Iroha line more often (the men’s line has a slew of options). That being said this is one of the original vibrators and still one of the best. The great thing about Iroha is that their vibrators are lovely, soft and fit to the contours of your hand. The three vibration levels allow for a slow yet wonderful build to pleasure (the newer Iroha+ line is better, though, with their five levels) and also has a pulse option. Easy to clean and store. The shape is one of the fantastic components and I wish that they could combine the higher vibration levels of the newer models with the shapes of the older models.
続きを読む
1人のお客様がこれが役に立ったと考えています
役に立った
フィードバックを送信中...
フィードバックをお寄せいただきありがとうございます。
申し訳ありませんが、お客様の投票の記録に失敗しました。もう一度試してください。
違反を報告
レビュー を日本語に翻訳する

yang liu
5つ星のうち1.0 Life span is short.
2016年8月31日にアメリカ合衆国でレビュー済み
Amazonで購入
In the begining it's fine, but after few usages I put it into the box. I even turned it on before I close the cap to make sure it's working. But after few months, when I open the box, it doesn't work even after fully charged. Considering the price, I'm disappointed.
続きを読む
5人のお客様がこれが役に立ったと考えています
役に立った
フィードバックを送信中...
フィードバックをお寄せいただきありがとうございます。
申し訳ありませんが、お客様の投票の記録に失敗しました。もう一度試してください。
違反を報告
レビュー を日本語に翻訳する

Nicky
5つ星のうち2.0 Great vibe, shoddy charger, no customer service from Tenga
2015年2月8日にアメリカ合衆国でレビュー済み
Amazonで購入
I wish I could give this product a better rating, because it was amazing when it worked. I bought this to replace my failing Lelo Siri, which had been my go-to vibe for 3 years. It was good to me, but I wanted to try something new.

When I first got this vibe, I immediately gave it a 5-star rating, because it surpassed the performance of the Siri, in my opinion. Also, I like the squishy texture and I love that I can wash the Iroha under a faucet with soap, without worrying about destroying the whole thing. (Comparatively, the Siri could only get wet on the bottom half, making it difficult to clean well).

Unfortunately, the charger is poorly made, and it has cut the life of my Iroha short.

About 3 months after I bought it, I started experiencing problems where the cord connects to the charger. I'd have to wiggle it just right, or set something beneath the cord, to make it charge. This, it turns out, was because the micro-USB port was disconnecting from the rest of the charger. By 5 months, it was fully disconnected and my Iroha had run out of juice for the last time.

Now, I know there is no warranty on this item, and I wasn't expecting Tenga to take any great measures to help me, but I wrote to them twice, one month apart, explaining the situation, and asking if there was some way I could order a new charging base. I said I'd be happy to pay for it - it's cheaper and less wasteful than buying a whole new vibe when the one I have works perfectly.

I have not gotten so much as a "we've received your message," response. It has been over a month since my last message.

My Siri may not have been quite the performer the Iroha is, but at least Lelo has an amazing track record with customer service. They offer a warranty on their items *and* they freaking write back if anything happens.

If Tenga had the courtesy to write it's customers back, even if it was to charge me $20 for a new charging base, I'd have been a happy convert. But as it is, I cannot recommend the premium price this vibe costs, knowing that not only is one of the parts very shoddily made, but that there is literally nothing you can do (short of buying a new one) if it fails you.
続きを読む
15人のお客様がこれが役に立ったと考えています
役に立った
フィードバックを送信中...
フィードバックをお寄せいただきありがとうございます。
申し訳ありませんが、お客様の投票の記録に失敗しました。もう一度試してください。
違反を報告
レビュー を日本語に翻訳する

Shelley
5つ星のうち5.0 LOVE THE MATERIAL!
2015年5月19日にアメリカ合衆国でレビュー済み
Amazonで購入
The material used on this product is VERY nice - super soft....super silky and super cushiony. I can use it for long periods of time wihtout getting sore and I dont have that "buzzy feel" afterwards. Could the vibrations be a bit stronger? Yes, but this DEFINATELY does the trick and I dont feel I need more. This was a great price and I am very happy with this purchase. My favorite toy so far!
続きを読む
1人のお客様がこれが役に立ったと考えています
役に立った
フィードバックを送信中...
フィードバックをお寄せいただきありがとうございます。
申し訳ありませんが、お客様の投票の記録に失敗しました。もう一度試してください。
違反を報告
レビュー を日本語に翻訳する

Jimmy
5つ星のうち4.0 Kind of noisy
2015年2月1日にアメリカ合衆国でレビュー済み
Amazonで購入
I've been wanting this for a long time and was able to get it for a great price here on Amazon. The main difference between products from the Tenga iroha line and other lines is the immense amount of thought and detail that goes into designing and marketing this product. If you go on youtube they have videos with product demonstrations and advertisements which are all immensely cute.

This is made with really great body safe silicone material that does not pick up any debris or lint, it stays clean and only gets dirty with use. Even then I could just wipe it off without water. This vibrator is not water safe, so you cant use it in the shower or get it excessively wet, but the iroha line does have a water safe one. The texture of the silicone is really nice and makes me want an insertable toy from this company because I think it'd be DIVINE. The vibration ranges in 3 intensity levels and a pulse setting which my partner and I never use because its kind of weird.

It comes with a charging station which has a clear cover and black base and looks elegant and sleek, it charges your toy while displaying it. The charging station has a little blue light that emits from it that can be bothersome at night. The battery time on this is great, and when i first got it I was able to use it right away after 5-10 minutes of charging without it dying during use.

My 2 biggest issues with this vibrator is how loud it is and how it can make your hand go numb after awhile. The vibrations travel all throughout the toy which is good if you're using it to stimulate more than 1 person at a time, but it also travels through your hand and can feel funny or make it feel funny. The vibrations are mainly concentrated in the tip. I don't know what I was expecting in terms of how loud it was going to be, but it is too loud to be used discreetly in the same room with someone else in it or if you live in a place with thin walls like I do. Aside from that I like this toy because it does what it needs to and is enjoyable to use alone and with a partner.
続きを読む
1人のお客様がこれが役に立ったと考えています
役に立った
フィードバックを送信中...
フィードバックをお寄せいただきありがとうございます。
申し訳ありませんが、お客様の投票の記録に失敗しました。もう一度試してください。
違反を報告
レビュー を日本語に翻訳する

Amazon Customer
5つ星のうち5.0 Lots of fun!
2016年4月17日にアメリカ合衆国でレビュー済み
Amazonで購入
This is really great - lots of fun alone or with a partner. I love how it looks and it feels very soft. It is great that it uses micro USB to charge and does not require batteries. The case it sits in is like something you would display something in... that could be a bit nicer looking but it does keep the product clean.
続きを読む
役に立った
フィードバックを送信中...
フィードバックをお寄せいただきありがとうございます。
申し訳ありませんが、お客様の投票の記録に失敗しました。もう一度試してください。
違反を報告
レビュー を日本語に翻訳する