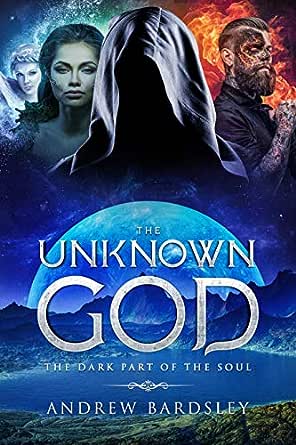 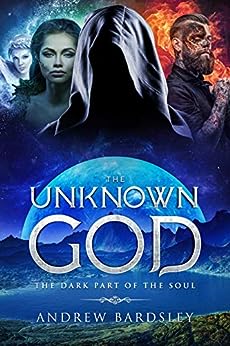 The Unknown god: The Dark Part of the Soul (English Edition) Kindle版

William faces death by execution for a murder he swears he did not commit, while Michael meets his end at the hands of a gang rival in a knife fight. Jane wins her latest legal battle but loses her life in the moments after, as the convicted murderer chokes her to death on the courtroom floor. And Evon? She wants to replace her rival for the affections of a crime boss but feels the sharp pain of death instead.
Now these four, departed from the world of men, find themselves at a climactic crossroads in a world that is stranger than any fiction, inhabited by armies of orcs and fire-breathing dragons; a world that is ruled by four Gods for their own pleasures.
But a new God is coming. And this one is intent on restoring the balance to the world and replacing the chaos with order. How will four travellers fare in a land that is beyond death and which holds terrors like nothing they have experienced before?

Avid Reader
5つ星のうち3.0 Okay
2019年9月13日 - (Amazon.com)
This book is readable although it could use some proofreading and a lot less commas. The chapter with the MC talking about leaving the province should probably be moved to before he actually does.
続きを読む
レビュー を日本語に翻訳する
Amazon.comのカスタマーレビューを見る(1) 5つ星のうち3.0
click to open popover
Amazonプライム会員ならお急ぎ便、日時指定便が使い放題
さらに、映画もTV番組も見放題。200万曲が聴き放題 。クラウドに好きなだけ写真も保存可能。
> プライムを無料で試す