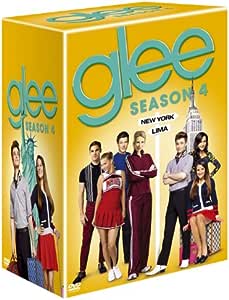 For twenty two episodes here is a Song and Dance Extravaganza. This arguably is exactly what most fans wish to see - even if some episodes are simply a string of numbers linked by the flimsiest of plots. Those longing for stronger fare are not disappointed. Episode 18 genuinely disturbs, impact increased by no music during its closing credits.

For much of the way the season keeps to the tested formula: preparation for Regionals and Sectionals, romantic triangles, break-ups and reunions.

For sad reasons Cory Monteith's contributions now have special significance, albeit some could have wished him more convincing storylines. Sue does not seem around so much, but remains gloriously horrible when in full throttle. Treasure her two song and dance routines. Marvel as she jaw-droppingly exhibits a far softer side.

Fans will have their favourite characters and episodes. The "Grease" numbers were especially enjoyed. Admittedly the Christmas Special could scarcely have been more contrived and schmaltzy, but it worked a treat, overall genuinely moving.

In fact viewers may be moved more often than expected. The show's whole premise greatly appeals. Here are a school's losers transformed by music. For them life is suddenly more meaningful. At last they feel they belong, impossible dreams being realized.

The box set is generously packed with bonuses. As usual the Glee Jukebox gives easy access to favourite numbers. Features include a special welcome to the new cast, a collection of highlights, a celebration of the show's 500th song and dance routine (choreography throughout an inventive major attraction).

No matter how much critics may try to ridicule (Rachel and Kurt's spacious New York loft apartment, for example), most fans will remain loyal. So what if the show is packed with implausibilities! There remains so much to like.

Amazonian
5つ星のうち5.0 As the season progresses, the new dynamic is fun!
2016年9月25日に英国でレビュー済み
Amazonで購入
At first I was very cautious about all of the change but by the end of the season I LOVED the new breathe of fresh air. I enjoyed the new cast and show dynamics as NEW York & Lima become two separate yet intertwining story arcs. I would definitely recommend this season to new comers and of curse for fans from season 1, do I even have to recommend it? Packaging great as always and overall a fun and different type of season.
続きを読む
違反を報告
レビュー を日本語に翻訳する

Tania
5つ星のうち5.0 Voices too die for :)
2013年12月21日に英国でレビュー済み
Amazonで購入
I love glee. I buy the season as soon as they are out and watch them all religiously until the end, forget work or anything else this is my glee time. This season does have a slightly different feel to the other ones but obviously that can be explained because most of the main characters have moved on to different things. Can honestly say I adore the kurt/rachel/santata flat mates storyline, I think they are some of the best developed characters and that they really work well together. I am waiting with anticipation for the next season.
続きを読む
違反を報告
レビュー を日本語に翻訳する

Jonny Driver
5つ星のうち4.0 Great Season! Definitely a TV show you should own.
2014年7月10日に英国でレビュー済み
Amazonで購入
Basically, If you have watched the previous three seasons, then I recommend this season. Not the greatest season but it is unique, introducing new locations and characters. It perfectly sets up the plot for season 5, which is even better in my opinion. Season 4 has story lines and musical numbers that vary throughout, meaning that there is something for everyone. I did feel that there were moments that were just trying to fill time between episodes, but these episodes were still entertaining the series as a whole is great.

The only issue I have is that, with all other seasons (On Bluray from Amazon) I received a slip-case, a cardboard sleeve that slots over the case to give it that extra WOW with appearance on the shelf. This is the only Glee Blu-ray box set that did not come with one. Whether this is due to amazon or if they do not make them anymore I am unsure, but it did disappoint me quite a bit as it now looks odd on the shelf with the others.

Other than that the Glee franchise is outstanding and I would recommend it to anyone.