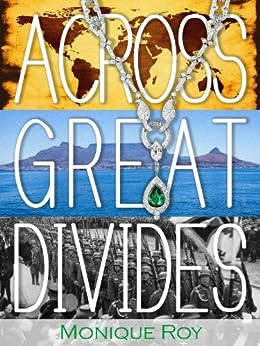 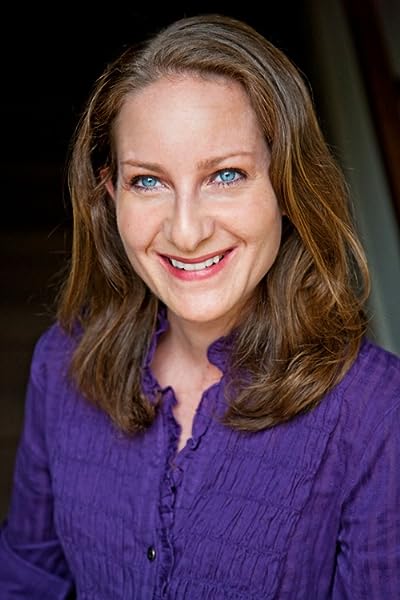 英語版 Monique Roy (著) 形式: Kindle版
すべての形式と版を表示
Sorry, there was a problem loading this page. Try again.
Across Great Divides is a timeless, World War II story of the upheavals of war, the power of family, and the resiliency of human spirit. When Hitler comes to power in 1933, one Jewish family refuses to be destroyed and defies the Nazis only to come up against another struggle—confronting Apartheid in South Africa.

Sixteen-year-old Eva and her twin sister, Inge, witness their lives in Berlin change before their eyes. Their best friend, Trudy, betrays them when she becomes a member of the Hitler Youth. A valuable family heirloom, a beautiful emerald and diamond pendant necklace, is confiscated by the Nazis as they harass Jewish families and businesses.

Their younger brother, Max, a member of the underground resistance, sees even greater danger ahead.
Their father, Oskar, refuses to leave his beloved Germany and believes Hitler will eventually fail.

They finally flee Nazi Germany with the help of the underground resistance —a young German man, a nun, a countess conspiring against the Nazis, and a winegrower secretly hiding Jewish children.

War continues to follow them until they arrive in Cape Town, South Africa. The family hires an impoverished colored woman, Zoe, as their maid and shields her and her daughter, Zola, from the dangers they face in the slums and from the horrors of Apartheid, which are all too reminiscent of Nazi Germany.

Books R Best
5つ星のうち5.0 INTERESTING AND THOUGHT PROVOKING
2014年8月5日に英国でレビュー済み
Amazonで購入
I have read a lot of books set during World War II but this one was different and delightfully so. To begin with the family escaped from German persecution but that was not the end of the story. They escaped only to be caught up again and forced to flee. I was surprised that the author had lived in South Africa as I was taken aback at a couple of the facts she mentioned, but I will admit that I am probably wrong as I lived on the Reef and in KZN and things were a little different in other provinces. I thought her characters well defined, and I could picture them and relate to how they felt. When we got to the South African part, I was waiting for a [correct] condemnation of apartheid, and I would dearly have loved to know where the family are now. As someone who lived there for years, I was heartbroken when we had to leave because we could not get work, we are white. Once again I can see a situation where this brave Jewish family could also suffer the same problems and be forced to move on. This was an excellent read which held my attention and I would recommend it to anyone who likes a good story, and the storyline was excellent. I shall look for more by this author.
続きを読む
違反を報告する
レビュー を日本語に翻訳する

Wendy Joy Saunders
5つ星のうち5.0 A powerful story. Wendy Joy Saunders
2018年5月11日にカナダでレビュー済み
Amazonで購入
I was absolutely captivated by this powerful poignant story of suffering..struggles and victories of a Jewish family..their strong faith..love and forgiveness.
The characters were enjoyable and believable.
I also enjoyed their travels and journeys in establishing themselves and hard work to become successful and prosperous once again after the horrors of losing virtually everything.
Loved this novel.

Jhawker
5つ星のうち4.0 A Compelling Story of Flight & Survival
2017年3月11日にアメリカ合衆国でレビュー済み
Amazonで購入
Across Great Divides is the story of a Jewish family’s harrowing and circuitous journey out of Nazi Germany of the 1930s and their final destination in South Africa during that nation’s era of apartheid.
That is the great irony of this book. A family escapes the racial and religious oppression of one country and winds up living in a country that embraces the same intolerance and brutality they just fled.
In this debut novel, Monique Roy has done a commendable job of researching the era and her subject. Her main characters, twins Eva and Inge, are exposed to the growing hatred and disdain of Jews in the Berlin school they attend. It is a painful experience when the people you think are your friends turn against you and even betray you.
It is even more distressing when the girl’s father, Oskar who owns a diamond business, refuses to see what is happening in Germany. (Sadly, a common and fatal attitude of many Jews in Nazi Germany). Oskar is convinced the Nazi’s are only a temporary aberration and that their reign of bigotry and brutality will soon come to an end. His son, Max, knows better. As a member of the resistance, he is convinced the Nazis have something terrible in store for Jews and others that Hitler considers “sub-human.”
Finally, when it becomes obvious that Jews have no future in Germany, Oskar agrees that the family’s survival depends on getting out of the country.
Fortunately, he has diamonds to help pay for the family’s escape as well as connections to the resistance.
Roy’s story is based in part on some of the experiences of her family members who fled Nazi Germany and lived to tell the tale. That fact lends critical detail and credibility to a story that moves swiftly along.
However, as you might imagine in a story of flight and survival, there are abundant tangential characters who ebb and flow in the story and keeping track of them can be a bit daunting. However, to her credit, Roy keeps the focus mainly on the family and their adventures. If there is one criticism of the book, it is probably this: the characters could use a bit more fleshing out. One wants to become emotionally attached to the characters, and that element was missing for me. Once again, this is a debut novel, and strong character development is a skill that takes time to achieve.
Nevertheless, Across Great Divides is an intense and poignant book that not only provides readers with an accurate historical experience but delivers a connection to individuals who survived the Holocaust. Well worth the read.
続きを読む
違反を報告する
レビュー を日本語に翻訳する

Jill
5つ星のうち4.0 Great story, learned a lot too
2017年3月14日にアメリカ合衆国でレビュー済み
Amazonで購入
I rarely read historical fiction, but this book makes me want to read more of it. The story was really eye-opening for me. It took place across multiple countries and did a great job of illustrating what it was like living in those countries at that time. The beginning of the book really sets the scene, and from there, the story moves at a steady pace, and you feel like you are experiencing this family's journey alongside them. I felt that the focus is more on the overall story, rather than character development. But I still was rooting for each character throughout the book and felt connected to their family unit as a whole. Definitely worth a read.
続きを読む
1人のお客様がこれが役に立ったと考えています
違反を報告する
レビュー を日本語に翻訳する

L. Friedberg
5つ星のうち4.0 A Story As Told By A Relative Who Was There
2017年7月7日にアメリカ合衆国でレビュー済み
Amazonで購入
I came by this book by chance. A new work colleague recommended it to me. I'd been deep in a non-fiction frame of mind for months and so I really wasn't ready to read it. But something drew me in. Across Great Divides unfolds like a story told by a beloved relative, relaying the hardships of a family I might have known! I cared about these characters (Eva, Trudy, Max) as if they were my distant relatives - or those of a friend. That might have been enough but then Ms. Roy deftly weaves in a parallel world of apartheid South Africa, allowing - forcing, really - her readers to witness yet a new atrocity through the eyes of her Jewish characters who had, themselves, finally found a home and now are confronted anew with the injustices perpetrated against the native Africans of Cape Town and its surroundings. We readers are compelled to confront the question: What would we have done? This is a worthwhile read.
続きを読む
違反を報告する
レビュー を日本語に翻訳する
すべてのレビューを参照します
トップへ戻る
Amazonについて
Amazonでビジネス
Amazonでのお支払い
ヘルプ＆ガイド
日本語ショッピングのための言語を選択します。 日本ショッピングのための国/地域を選択します。
© 1996-2021, Amazon.com, Inc. or its affiliates