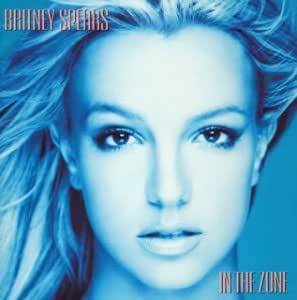 Faye
5つ星のうち5.0 2-for-1 bargain of Britney at her very best
2013年9月20日に英国でレビュー済み
Amazonで購入
I remember when Britney Spears released "Slave 4 U" in 2001: I saw the video for the first time and said to my brother, "What happened to Britney?" I was taken aback by the sexy video and the new sound, so different from "Oops... I Did it Again" or "Stronger." I was only 11 years old at the time, and Britney was my idol and role model. Although the change had me a little confused at first, I soon accepted it and embraced it. "Britney" is the album that brings back the most memories for me; coming home from school, playing "Britney" on loop, watching her videos over and over. My brother told me the meaning of "Overprotected," as he had with "Lucky." He knew that Britney was referring to herself in "Lucky" as the girl who had it all but still cried at night, and he understood that "Overprotected" was about wanting to free herself from the restraints her managers forced upon her and the criticisms she received from the press. I see now that he saw the signs early on, whereas I was too young and too awe-struck to realize the truths. I adored Britney and I wanted to believe she was happy. When she announced on her website that she was taking a six month break, I was upset, but wanted Britney to be well. It did not really occur to me that Britney might have been breaking under all the pressure. I was young, and I saw her as an idol, not an imperfect person.

By the time Britney released "In The Zone," I had moved on to other music genres, as do most 13 year olds. Although I reacted to her videos for "Toxic" and "Everytime" positively, I had left Britney behind for the most part. Now that I'm older, I can accept that it is perfectly normal to enjoy a wide range of genres, something that secondary school and university would have you not believe. I'm sad that I missed this era until 2006 when I stopped caring about labels and decided that Britney was, in actual fact, a perfectly acceptable artist to listen to, even if Funeral for a Friend and The Used are among your favourites. "In The Zone" is either tied for first place with "Blackout" as my favourite Britney album, or a very, very close second. With this album, Britney officially shed her innocent image and asserted her womanhood and sexuality. I like to call this "The Sex Album," with the very racy "Breathe On Me," the so-naughty-I-cannot-tell-you-what-it's-about "Touch of My Hand," and the I-had-no-idea-it-was-about-that! "Don't Hang Up."

I previously owned both of these albums but I am careless with my things and I have been all my life. CDs are my most abused possession, and go missing in my house frequently, only to turn up 5 years later without the case, scratched and smudged and a little worse for wear. This slipcase includes both "Britney" and "In The Zone" for a much cheaper price than you would pay if you purchased the albums separately. You might not get auto-rip and you might not get the cool pictures in the leaflets, but if you want value for money, I would recommend this. Britney was in her prime in these two eras and it is nice to have them together, classic Britney Spears in one. Now if you could kindly direct me to the "...Baby One More Time" and "Oops... I Did it Again" slipcase, that would be much appreciated.
続きを読む
1人のお客様がこれが役に立ったと考えています
違反を報告
レビュー を日本語に翻訳する