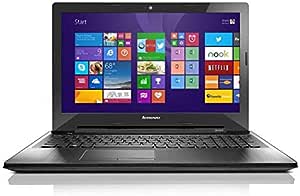 K
5つ星のうち2.0 Had to send it back
2015年3月29日 - (Amazon.com)
Amazonで購入
At first I was very happy with my purchase, except I was concerned the package seal had been broken before I received the box. I began having problems within hours of turning on my new laptop. The space bar only responded part of the time. I started having boxes pop up asking me to do this or do that, and not being an expert, I tried to decipher if these were from Microsoft or Lenovo before accepting or rejecting. By the third day, I was having major problems. The laptop was no longer able to detect my wireless internet, even though my old laptop in the same room was picking up the signal just fine. The audio quit, and troubleshooting said it was a registry issue. System restore said it was not working. Windows Security Service was not working. And so on... I am not a computer expert, and when I buy something I need it to work at least for the manufacturer's warranty period, and preferably long after. My old laptop here is almost 6 years old, and I've never encountered any of these issues with it. This one is 3 days old. I had to send it back. I didn't have a chance to find out if this laptop would have been great or not.
続きを読む
1人のお客様がこれが役に立ったと考えています
レビュー を日本語に翻訳する

Before I bought this a lot of the reviews I read had complaints about the keyboard and monitor.
For me personally, I love the keyboard just fine. I'm a very fast typer as it is and it does me just fine.
The moniter does seem slightly dull in daytime, but that's to be expected.
The speakers did throw me off at first, I'd say they don't sound as great as my last laptop just because of where these speakers sit but it's not horrible either. (plus I use earbuds half the time so it wouldn't bother me in the first place.)

I bought this computer to fit my gaming needs, and since I didn't have the money for more expenses models, this was the best one I could find for under 500 dollars.

I play World of Warcraft at about medium/some high settings and I range from 30-70 fps just depending on whats going on.
Of course in PVP and raids I'd suggest lowering everything as far as it can go just because those modes are very demanding.

League of Legends is at I believe max settings, except I turned shadows off and sometimes I can get up to 65-70 fps, but it generally stays around the 50-60 area, and sometimes 45 if some crazy stuff is going down.

I tried to push this laptop for some higher up games like Archeage and Warframe, which are a lot more graphically intense.
It runs Warframe on very low but with 50-60 fps, so if you wanted prettier settings and are okay with sacrificing some frames then there's totally some room for that.
Archeage on the other hand didn't really work for me.
It did run on low, but in bigger areas there was some pretty hardcore lag especially with heavy player traffic.

But when I bought this laptop I didn't expect it to play everything so that's perfectly fine with me.
My biggest wants were to play WoW, LoL, and Warframe at smooth and enjoyable frames which I'd say I accomplished.

If you are looking for an affordable laptop that can game today's popular games, like League of Legends, then this is totally worth it.
I'm 100% happy with my purchase.
続きを読む
7人のお客様がこれが役に立ったと考えています
レビュー を日本語に翻訳する

JMang
5つ星のうち4.0 Nice machine
2016年1月7日 - (Amazon.com)
Amazonで購入
I love the size of this computer. The mouse is very responsive and the added numerical key pad is very nice. It seems to respond fast enough for me. Dump the bloat ware and do any updates.
As far as the feel , fit and finish. The outer plastic cover feels very flimsy and cheap, I can actually push on the edge of the screen an it pops in and out of place. The key board is very well built and comfortable and the screen is large and clear.
The sound although marketed as Dolby is terrible. Quite and the speakers are located under the keyboard so if its on your lap you can't hear anything. I would recommend this computer for students or for streaming ect. Lots of memory and for the price you get a lot of computer.
続きを読む
2人のお客様がこれが役に立ったと考えています
レビュー を日本語に翻訳する

kyjo
5つ星のうち2.0 Horrible mouse pad/keyboard.
2015年7月27日 - (Amazon.com)
Amazonで購入
This was the hardest laptop ever to get up an running. It functioned ok, but I had to change numerous default settings (mouse was entirely too sensitive, didn't autoload photos from an SD card,etc.) The keyboard is very difficult - the page-up and page-down keys are in inconvenient locations, the function keys don't default to the F-functions for excel. Obviously, I'm not in love with it, but I decided to keep it now that I have it all set-up, but it took me a few weeks to get it to where I wasn't frustrated every time I used it. Updated later... still really wouldn't recommend this, and I have lowered my rating. The mouse pad regularly (at least 1-2 times per use) changes the zoom size of my page on chrome or excel. The mouse often doesn't follow my finger on the pad well.
続きを読む
レビュー を日本語に翻訳する

Leigh Middleton
5つ星のうち5.0 Very good machine for the price
2015年1月7日 - (Amazon.com)
Amazonで購入
Very good machine for the price. I use it for everything. Its not a gaming laptop, so don't expect peak performance for this, but it will run all the games I have (WOW, Elder Scrolls Online, Diablo 3) at great speed and with impressive graphics. The storage space is the true gift of this machine. I hoard music, movies, tv shows and a ton of other documents of this thing. I have massive amounts of all kinds of files and Its barely made dent on the harddrive capacity.
Long story short, I love this laptop.
続きを読む
6人のお客様がこれが役に立ったと考えています
レビュー を日本語に翻訳する
Amazon.comのカスタマーレビューを見る(87) 5つ星のうち3.4
Amazonプライム会員ならお急ぎ便、日時指定便が使い放題
さらに、映画もTV番組も見放題。200万曲が聴き放題 。クラウドに好きなだけ写真も保存可能。
> プライムを無料で試す