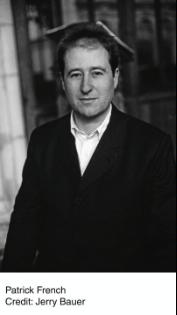 Sir Francis Younghusband was the last of the great imperialists?a dashing adventurer, who in 1903 single-handedly invaded Tibet, wiped out its entire army, and then became a mystic. Admired by H.G Wells and Bertrand Russell, he launched early assaults on Mt. Everest, held the world record for the 300-yard dash, was the first European since Marco Polo to travel from Peking to Central Asia, discovered the source of the Indus, and, as a spy, his presumed death nearly sparked an Indo-Russian war. The quest to discover this man led Patrick French from the Himalayas to Kashmir and into Tibet in search of clues.

'Breathtakingly accomplished.' Jonathan Keats, Observer 'I cannot begin to do justice to the skill and the fun of this happy work. Younghusband is a glorious biography, fair, frank, and always interesting. They don't come much more enjoyable than this.' Jan Morris, Independent 'I found myself reading through the night. This is a rare gem of a book.' Fiammetta Rocco, Independent on Sunday 'A charming biography which mingles travel with impressive research.' Ian Thomson, Sunday Times 'This is a wonderful book: beautifully written, wise, balanced, fair, funny and above all extremely original!an altogether brilliant debut.' William Dalrymple, Spectator Praise for 'Liberty or Death': 'Brilliant!There can surely now be no serious doubt French is the most impressive Western historian of modern India currently at work.' Frank McLynn, Glasgow Herald 'Well researched, beautifully written and immensely scholarly.' Andrew Roberts, Sunday Times

Patrick French's first book, Younghusband: The Last Great Imperial Adventurer, won the Somerset Maugham Award and the Royal Society of Literature Heinemann Prize. For his second, Liberty or Death: India's Journey to Independence and Division, he was named the 1998 Sunday Times Young Writer of the Year. Patrick French is a director of Free Tibet campaign, and a former editor of Tibet News.

Karen Hanegan
5つ星のうち5.0 Younghusband: The Last Great Imperial Adventurer
2013年11月14日 - (Amazon.com)
Amazonで購入
'I have rated this book highly as I found it to be an excellent recounting of one of the Western hemisphere's - or, should I say, one of the last of the British "Great Empire's" encounters with Tibet before the Chinese takeover. Although it is replete with Younghusband's, and the British Empire's mistaken assumptions about Tibet and its culture, i.e., continually referring to Tibetan Buddhism as "lamaism," it is an invaluable resource with regard to Younghusband's encounters with the 13th Dalai Lama and Tibetan culture during the sunset of the Victorian age. It deals quite precisely with Younghusband's life, his efforts to "be" someone in that period whilst finding his own spiritual life being affected by the ethics and spirituality of Tibet. Patrick French has provided an excellent, broad-looking biography that deserves to be preserved.
続きを読む
1人のお客様がこれが役に立ったと考えています
レビュー を日本語に翻訳する

zorba
5つ星のうち4.0 Excellent Biography; So-So Subject
2006年9月24日 - (Amazon.com)
Amazonで購入
This is a worthy effort by a very able biographer. But, alas, I found the subject, Francis Younghusband, less than compelling. As Younghusband's life went on, he seeemed, like his biography, to get duller and duller. The details of his life in the Indian subcontinent and the Himalayas are superbly rendered, and anyone interested in "The Great Game", Tibet or India during the British Raj MUST read this book. For Younghusband was a major player in those events. The author also vividly conveys Britain's colonial environment of the time. But for me, as Younghusband entered the more mystical period of his life, he revealed himself as a dilettante. I think he just didn't know what to do with himself and just puttered around for the rest of his life. He was a very complex and conflicted man -- envious, I believe, of his more notable friends and associates. French paints a nice picture of this man and his times. But, in candor, beyond his Tibet adventures, he wasn't all that fascinating a character. However, at the end of the day, this is a book many will find worthwhile.
続きを読む
7人のお客様がこれが役に立ったと考えています
レビュー を日本語に翻訳する

Kya
5つ星のうち3.0 Silly blighter
2010年7月10日 - (Amazon.com)
Amazonで購入
Well, this story was a surprise. Younghusband was interesting for maybe 15 minutes. Like many "short" men full of their own self-importance. I was not impressed with his noxious disasters and impetuousity which adversely affected thousands. His latter personal life was also mediocre in the extreme. Perhaps he had more than a touch of senility and banality.
続きを読む
1人のお客様がこれが役に立ったと考えています
レビュー を日本語に翻訳する
Amazon.comのカスタマーレビューを見る(6) 5つ星のうち3.9
Amazonプライム会員ならお急ぎ便、日時指定便が使い放題
さらに、映画もTV番組も見放題。200万曲が聴き放題 。クラウドに好きなだけ写真も保存可能。
> プライムを無料で試す