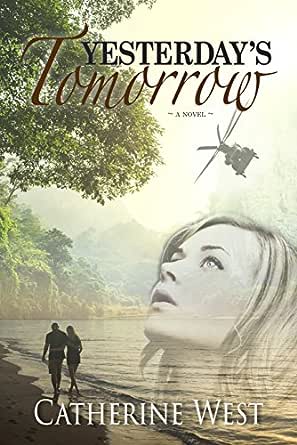 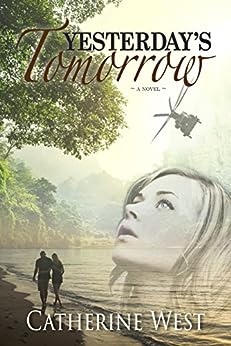 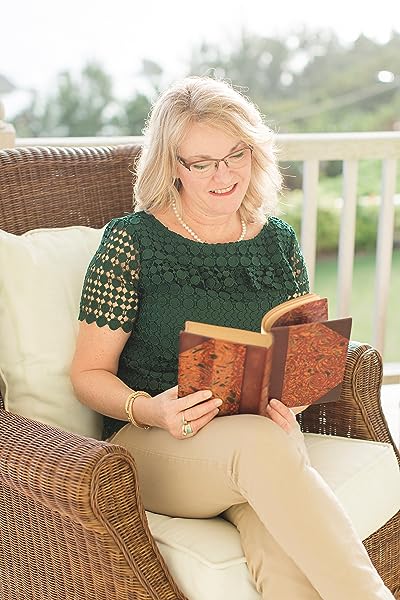 She’s after the story that might get her the Pulitzer. He’s determined to keep his secrets to himself.

Independent, career-driven journalist Kristin Taylor wants two things: to honor her father’s memory by becoming an award-winning overseas correspondent, and to keep tabs on her only brother, Teddy, who signed up for the war against their mother’s wishes.
Brilliant photographer Luke Maddox, silent and brooding, exudes mystery. Kristin is convinced he’s hiding something.

Willing to risk it all for what they believe in, Kristin and Luke engage in their own tumultuous battle until, in an unexpected twist, they’re forced to work together. Ambushed by love, they must decide whether or not to set aside their own private agendas for the hope of tomorrow that has captured their hearts.

Catherine West writes stories of hope and healing from her island home in Bermuda. When she's not at the computer working on her next story, you can find her taking her Border collie for long walks on the beach or tending to her roses and orchids.She and her husband have two grown children. Visit her online at catherinejwest.com, Facebook: CatherineJWest, and Twitter: @cathwest.

From the very first page, she creates vivid images and characters that you'll empathize with, root for, want to slap upside the head a few times, but, mostly, fall in love with.

Set in war torn Vietnam, here is a brief run down of the story:
She's after the story that might get her the Pulitzer. He's determined to keep his secrets to himself. Vietnam, 1967. Independent, career-driven journalist Kristin Taylor wants two things: to honor her father's memory by becoming an award-winning overseas correspondent and to keep tabs on her only brother, Teddy, who signed up for the war against their mother's wishes. Brilliant photographer Luke Maddox, silent and brooding, exudes mystery. Kristin is convinced he's hiding something. Willing to risk it all for what they believe in, Kristin and Luke engage in their own tumultuous battle until, in an unexpected twist, they're forced to work together. Ambushed by love, they must decide whether or not to set aside their own private agendas for the hope of tomorrow that has captured their hearts.

I guess the best way I can think to describe Yesterday's Tomorrow, is that it's unflinchingly, heart breakingly, sometimes painfully, realistic.

In other words, it's not a light read. But I'm glad, because this era in history is one that deserves to be explored and revisited by someone brave enough to do it justice. I applaud Catherine, especially, for tackling the subject of post traumatic stress disorder, as it's not an easy thing to delve into. She truly does an amazing job of allowing the reader glimpses into what it must have been, and for some, still must be, like to endure.

The writing completely engages you throughout. Each scene propels the story forward wonderfully, plus the interactions between Luke and Kristen fairly crackle with tension, passion, danger, and awareness. You're never quite sure what will happen next, which leaves you on the edge of your seat. Also, I love the humor Catherine sprinkles into the dialogue, which helps to alleviate some tense moments and off set the serious circumstances which are ever present.

There honestly wasn't anything I didn't like about Yesterday's Tomorrow, and I highly recommend it as compelling storytelling at its finest. This book moved me deeply and I know I'll be putting it on my keeper shelf for future re-reading.

Amazon Customer
5つ星のうち4.0 Don't let the Vietnam setting stop you! Excellent romance/women's fiction!
2015年2月10日 - (Amazon.com)
Amazonで購入
Vietnam is a truly tough topic and setting to deal with, and Catherine West has done such an amazing job in Yesterday's Tomorrow. If you worry that the story might be graphic or too gritty to handle, set those worries aside. This is not a book about whether Vietnam was right or wrong or what should have happened; it's about two people who want to make a difference and how that era and their jobs affect them. It's about two people who meet under tough, tough circumstances and are forced to deal with the pain in their pasts.

Yesterday's Tomorrow is one of the few books that surprised me. Partway through, it took a turn I never saw coming and became much more of a story than I'd expected. If you like tear-jerker, emotion-driven stories, you'll love Yesterday's Tomorrow--regardless of your personal views of Vietnam.
続きを読む
2人のお客様がこれが役に立ったと考えています
レビュー を日本語に翻訳する

Shelli Littleton
5つ星のうち5.0 Beautiful Story
2015年11月7日 - (Amazon.com)
Amazonで購入
Beautiful story. I sat on the edge of my seat, heart-pounding through many chapters. Catherine did a beautiful job at showing the pain of war and the amazing side of journalists who volunteer to be a part of it, putting their lives at risk alongside military personnel to tell stories, to reveal truth. It showed the extent people will go to for love, for closure of the ones they lose. Forgiveness for wrong choices. Acceptance and love for those trying to deal with their emotions of living excruciating scenes and trying to work their mind back to a new normal. The process of trying to forgive oneself. The book held me captive. I didn't want to put it down and wasn't ready for it to end.
続きを読む
1人のお客様がこれが役に立ったと考えています
レビュー を日本語に翻訳する

Keli Gwyn
5つ星のうち5.0 Moving Story Honors Vietnam Veterans
2011年6月6日 - (Amazon.com)
Amazonで購入
Catherine West tackled a tough subject in Yesterday's Tomorrow. For those of us who can remember the Vietnam War, there are sure to be strong feelings associated with it. West doesn't dance around them. In fact, she explores them with compassion and understanding.

Through the eyes of journalist Kristin Taylor and photographer Luke Maddox, the reader witnesses the realities of that war as well as the aftermath. While West captures the essence of the experience in tastefully crafted scenes, the story is much more than a snapshot of battles fought. Feelings, choices, and consequences come into play as Kristin and Luke meet in the midst of a turbulent time in history. Although the story takes place in the middle of a war, their relationship is at the forefront. I found myself laughing and crying with them as their friendship deepened into so much more.

Yesterday's Tomorrow is a moving tale of love and triumph over adversity, one that pays tribute to the brave men and women who served in Vietnam and those who gave the ultimate sacrifice. If you enjoy a story with page-turning action, vivid imagery, engaging characters, and a lot of heart, I recommend Yesterday's Tomorrow.
続きを読む
1人のお客様がこれが役に立ったと考えています
レビュー を日本語に翻訳する

Amy Phillips
5つ星のうち5.0 YESTERDAY'S TOMORROW, TODAY'S PLEASURE!
2014年1月6日 - (Amazon.com)
Amazonで購入
Ever since Catherine West beat me in the Historical Romance category of the Inspy Awards, I have to be honest—I’ve been dying to get my mitts on her winning novel. And, boy, am I glad I did, for a number of reasons. One, because now I’ve discovered an author who writes the kind of romance I love reading and two, because it’s great to find out just why this woman won. The truth is she’s good—real good—brilliantly weaving a heart-thudding love story amid the raw and real backdrop of Viet Nam during one of the most turbulent times in American history. Without question, this is a novel that will woo and win you heart and soul, written by a gifted storyteller who will do the same.
続きを読む
3人のお客様がこれが役に立ったと考えています
レビュー を日本語に翻訳する
Amazon.comのカスタマーレビューを見る(138) 5つ星のうち4.8
click to open popover
Amazonプライム会員ならお急ぎ便、日時指定便が使い放題
さらに、映画もTV番組も見放題。200万曲が聴き放題 。クラウドに好きなだけ写真も保存可能。
> プライムを無料で試す