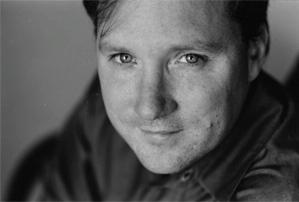 Noah Green
5つ星のうち5.0 Up & Running in No Time! + A Tiny Addition
2000年2月23日にアメリカ合衆国でレビュー済み
Amazonで購入
What can I say? In a very short time, this book made me productive with XML applications. It will do the same for you. This is a clear, concise, and thorough text. In a way, the best thing about the book is that its small size projects the (true) psychological feeling that there really isn't all that much to basic XML - this gives you the confidence you need to move forward and start doing work.
Here's what you get: XML syntax, Namespaces, DTDs, XSL, XPointer, XLink. You're not going to get Schemas, SAX, DOM, or the author's favorite emerging XML dialect. What is so funny about this book, as with all other XML books, is that the XSL section is the longest. XSL is truly convoluted and the author does a great job getting you through it.
Far be it for me to aspire to the greatness of this author, but I found one tiny thing missing from the DTD section, and I will share it with you here: External Parameter Entities. These basically allow you to leverage one DTD within another. It's like a C #include or a Java import. You put them at the bottom of your DTD. So let's say you had a DTD called "stuff.dtd":
<!ELEMENT stuff (thing*)>
<!ELEMENT thing (#PCDATA)>
You could use the "stuff" element in another DTD, say "closetcontents.dtd", as follows:
<!ELEMENT closetcontents (clothing,stuff*)>
<!ELEMENT clothing (#PCDATA)>
<!ENTITY % STUFF SYSTEM "stuff.dtd">
%STUFF;
The last two lines are the external parameter entity...they are the equivalent of an #include statement in C or an import in Java. I made STUFF all caps in the entity declaration to differentiate it from the "stuff" element but as far as I know you don't have to do this.
By no means does my tiny addition say that this is an incomplete book. It is a fantastic book and literally 99.99% of everything you need to know about XML. I don't think the author forgot the thing I described, I think he thought that this feature was too arcane to mention. Many people would agree, but in case you needed it here it is. BTW, another book I highly recommend is Elliotte Rusty Harold's "XML Bible," which is also available on Amazon. That's where I first learned about the external parameter entity.
続きを読む
21人のお客様がこれが役に立ったと考えています
違反を報告
レビュー を日本語に翻訳する

Robert Nagle, Editor of Personville Press
5つ星のうち3.0 not bad, but better books exist
2000年7月26日にアメリカ合衆国でレビュー済み
Amazonで購入
I read about 50% of this book and tried to work out the examples. However in the first chapter alone I found three errors. Two were corrected on the website, and I can't remember if the third one was too. This is a first edition, so watch out. XML development moves really fast, so a lot of things are no longer the same. The book explains things well and succinctly. But I would use it only after reading another book with more thorough treatment. I own several XML books, and quite frankly, I found that Professional XML (by Wrox) is the best book in the field at the moment. I confess to referring to this book still, but only after understanding the only concepts from Professional XML and other books. Consider buying this as a supplemental reference, but it should not be your first purchase.
続きを読む
3人のお客様がこれが役に立ったと考えています
違反を報告
レビュー を日本語に翻訳する

JRK
5つ星のうち3.0 Who is this book aimed at?
2000年8月11日にアメリカ合衆国でレビュー済み
Amazonで購入
Before buying this book, question yourself: how much XML do I really know? If you are a relative newbie to XML, this pocket reference doesn't go into enough detail to really get you up-to-speed on the inner-workings of XML (like DTD's, XSL stylesheets). If you know XML pretty well, those bigger, thicker books you used to learn XML are going to be more in-depth than this reference and will contain the same information, just more of it to thumb through.

I bought this pocket reference along with Harold's XML Bible. The XML Bible may be 1,000 pages, but it has the same information as the pocket reference and an index, so it's just as easy for me to look up a topic among those 1,000 pages. I gave the book three stars because it does summarize XML quite well, I just can't seem to figure out who the intended audience is.
続きを読む
6人のお客様がこれが役に立ったと考えています
違反を報告
レビュー を日本語に翻訳する

Travis Owens
5つ星のうち4.0 One of the better pocket books
2000年9月15日にアメリカ合衆国でレビュー済み
Amazonで購入
These O'Reilly pocket books are sometimes known for cutting too many corners by not explaining everything or using too short of explanations. This is NOT one of those books, it does a good job of going through XML. But it does so more as a normal book does than trying to be an actually "small reference". This little book is good enough for you to actually learn XML by reading cover to cover. The concepts covered in it are: unlearning bad habits, xml overview, DTD, XSL, formatting, XLink and XPointers. The only bad thing I have to say is that I notices a couple table of contents items point to a page just before or after the subject they want to point you towards, but thats trivial anyways.
続きを読む
3人のお客様がこれが役に立ったと考えています
違反を報告
レビュー を日本語に翻訳する