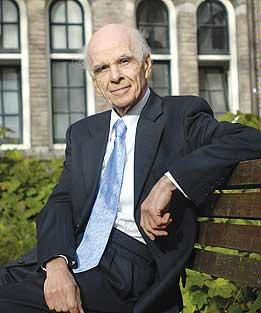 “This book will help us to evaluate the current situation of our planet and to find the path we must take.” Source: Mikhail Gorbachev, from the foreword

“Something is going to happen in 2012, but what that will be is up to us. That is why WorldShift 2012 is so significant as a handbook for this great change--it is the kind of positive cocreative script the world needs in order to conclude and regenerate the cycle on a successful evolutionary note.” Source: José Argüelles, author of The Mayan Factor

“WorldShift is about an outer world built on inner realization. The higher consciousness that has been evolving through human beings for centuries is seeding a garden of hope and promise. Ervin Laszlo maps this new world and its promise--no one I know is more acutely attuned to it.” Source: Deepak Chopra, from the foreword

"Think-tank founder and prolific author, Laszlo simply uses the notion of the 2012 breakdown/breakthrough as a vehicle for the tranformation of the world. . . . will appeal . . . to earth-conscious readers . . ." Source: Library Journal, Oct 2009

"[Laszlo] gives us a practical and achievable way to make our world greener and our planet safer by shifting our consciousness towards this view." Source: Evolve!: Evolutionary Products, People, and Ideas, Vol. 8, No. 4, Nov 2009

". . . a challenge for readers to update their ethics and evolve their consciousness in order to achieve 'syntony'--being tuned in to the surrounding world." Source: Susan LosCalzo, New Age Retailer, Dec 2009

"Forewords by Deepak Chopra and Mikhail Gorbachev, as well as quotes from other visionaires such as Ekhart Tolle, Paul Hawken, and Albert Einstein, augment WorldShift 2012's message that we can no longer continue with 'business as usual.'" Source: Susan LosCalzo, New Age Retailer, Feb 2010

Ervin Laszlo is a philosopher and systems scientist. Twice nominated for the Nobel Peace Prize, he has published more than 75 books and over 400 articles and research papers. The subject of the one-hour PBS special Life of a Modern-Day Genius, Laszlo is the founder and president of the international think tank the Club of Budapest and of the prestigious Laszlo Institute of New Paradigm Research. The winner of the 2017 Luxembourg Peace Prize, he lives in Tuscany. In 2019, Ervin Laszlo was cited as one of the "100 Most Spiritually Influential Living People in the World" according to Watkins Mind Body Spirit magazine.

Therese A. Tappouni
5つ星のうち4.0 The Future as it Must Be
2010年5月2日にアメリカ合衆国でレビュー済み
Amazonで購入
Nothing is more important right now than seeing the projected view of our planet's future and what we can possibly do to influence that trajectory. If you can get through the facts, which are depressing and seemingly not reversable, you will be lifted on the possibilities of change through action. "The darkness around us is deep" is the message, but we all know the light can dispel darkness. In this case, the light is education--an education we all must attend to if we are to save this planet for our children's children.
続きを読む
1人のお客様がこれが役に立ったと考えています
役に立った
フィードバックを送信中...
フィードバックをお寄せいただきありがとうございます。
申し訳ありませんが、お客様の投票の記録に失敗しました。もう一度試してください。
違反を報告
レビュー を日本語に翻訳する

JohnyA
5つ星のうち5.0 Non bias point of views
2010年10月31日にアメリカ合衆国でレビュー済み
Amazonで購入
For anyone who cares about the world we are all live in, this book is a wake up call. Our thinking, doing and living have been limited to the surrounding we're in. The more of us could be mindful, could think for and care for others, the better environment we could live in. Together we could shift the world's mindset to a better direction for our next generations.....
続きを読む
1人のお客様がこれが役に立ったと考えています
役に立った
フィードバックを送信中...
フィードバックをお寄せいただきありがとうございます。
申し訳ありませんが、お客様の投票の記録に失敗しました。もう一度試してください。
違反を報告
レビュー を日本語に翻訳する