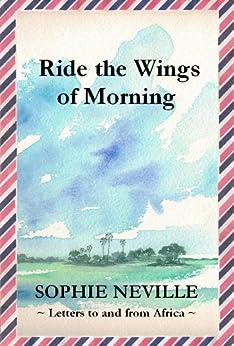 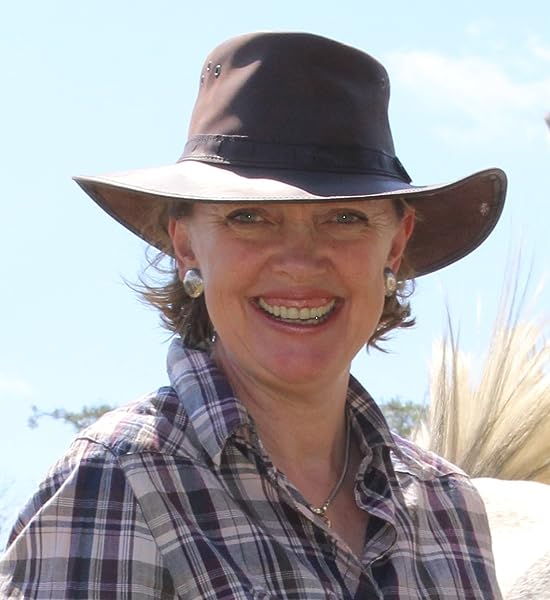 Once a television director, later a horseback safari guide and wildlife artist based in Southern Africa, Sophie Neville is now back in the UK working on true life stories and fundraising for Christian charities. She is an executive producer with Witness Films Ltd. http: //sophieneville.net/ --このテキストは、paperback版に関連付けられています。

David A. Butters
5つ星のうち5.0 Another Winner from Sophie Neville!
2020年9月11日に英国でレビュー済み
Amazonで購入
Having just finished Sophie Neville's 'Funnily Enough', a book I found both hilarious and uplifting, I started this sequel with high hopes. I am very pleased to say this is a worthy successor and does the former book proud. Whereas 'Funnily Enough' was based on the 10 month diary Ms. Neville kept whilst at home suffering from M.E., 'Ride the Wings of Morning' is a collection of letters (albeit edited) between Sophie and (mainly) her sisters, Perry and Tamzin.
Ms. Neville arrived in South Africa in March 1992, just as the referendum on ending apartheid was being held. Her stay lasted twelve years (of which seven are covered in this book) and she witnessed, therefore, the last days of white rule and the presidency of Nelson Mandela; also, the HIV/AIDS pandemic was still in full flow - truly historic times. The book relates the life Sophie led in the Waterburg, North Transvaal as a horse safari guide, cook and general help, painter and supply deliverer to a mission base in Mozambique. Along the way we meet a fascinating array of ex-pats, holidaymakers and locals; as well as horses, dogs and elephants we encounter snakes, rhinos and daylight robbers.
The characterisations and incidents are drawn with the same flair and incisive observation as in 'Funnily Enough' and, as with that book I found myself laughing out loud several times. Many of the stories in the letters are simply hilarious, and that goes for the letters from her sisters as well; I particularly enjoyed the description of a braai (a South African barbecue) and the wonderful account of a nativity play staged at Vaalwater. We also hear about her sisters' tussle with New Age Travellers, life in various military quarters, her mother's phantom burglar and a very nasty encounter with viral pneumonia.
It's pleasing to see that during this spell in South Africa Sophie Neville's health seems quickly to have returned to normal. As with the earlier book there are some serious moments (not least the bout of viral pneumonia) but these are always handled with sensitivity and are never allowed to dampen the reader's spirits for too long.
This book is beautifully written with lovely illustrations by the author. The beautiful drawings, sketches, cartoons and incredibly detailed maps enhance the written story and justify the acquisition of the book on their own. Once again Sophie Neville has produced a work that is a joy to read and I know I shall be revisiting 'Ride the Wings of Morning' (and its prequel 'Funnily Enough') again and again.

P. M. Fernandez
5つ星のうち4.0 What Sophie did next
2012年5月2日に英国でレビュー済み
Amazonで購入
Following her illness with ME/CFS, Sophie Neville travelled to South Africa to stay with a friend, and the different climate led to her rapid recovery. This book is the account of what she got up to over the following few years. Quite a startling mixture - horse safaris, travelling, painting, holiday management and media work in South Africa as it made the transition from Apartheid to full democracy.

It is presented in the form of letters (mostly) between her and her sisters, so the book uncovers the warmth of the relationships within the family, and is written with immediacy and freshness. Much other ground is also covered - the wildlife, plenty about horses and misbehaving cars, lively descriptions of the ex-pat and local workers and tourists, a vivid sense of the locations that Neville is writing about. The book also includes as illustrations many of the pictures she drew. In the meantime, the way in which the lives of Tamzin and Perry unfold in Europe is another story.

As with  Funnily Enough , this was a book I really hadn't expected to be engaged by - but I was. Thoroughly recommended.
続きを読む
1人のお客様がこれが役に立ったと考えています
違反を報告
レビュー を日本語に翻訳する

Kenny Divall
5つ星のうち5.0 The Migrating Swallow
2015年8月21日に英国でレビュー済み
Amazonで購入
Ride the Wings of Morning by Sophie Neville is an erudite, amusing and informative tome about her life in South Africa, helping to run a horse safari business and eventually giving experienced advice and help to those about to start similar ventures.
The book is made up of of a series of letters that segue into a very readable picture of life in the area once known as the Transvaal, the reader tends to forget that they are reading a series of letters written and received over a period of ten years, the life in the `Bundu` although exciting, can be both mundane and dangerous.
The letters are mostly from her two married sisters Perry and Tamzin, the former married to a career Army Officer, the latter to a Farmer, or rather a man who became a farmer, there are also the odd letters from other family members and friends.
Sophie went to the RSA, still in 1990/91 in the uncomfortable grip of apartheid after a shattering encounter with the illness known as ME, this destroys almost the will to live as well as sapping self esteem and confidence, but it made Sophie evaluate where her life was going, for someone who had just recovered from this ordeal it must have been a huge and very brave decision backed by Sophie`s new found Christian awareness to decide to upsticks and go and live in Africa, a continent close to her heart.
Her adventures and life in Northern Transvaal are also beautifully illustrated by paintings, sketches, cartoons and incredibly detailed maps, Sophie Neville has sold many paintings and has had exhibitions of her work,her love of horses and other animals shines through the images of wild life, are exremely detailed.
A broken Pelvis the result of a riding accident meant that Sophie had more time to devote for a while to her art, among of course dealing with other peoples problems and receiving visits from her wonderful `madcap` family, I hope Sophie won`t mind me calling them that.
This book is very readable and if read on a tablet, Kindle fire the colours of the illustrations are very vivid.
Whilst writing this review the thought crossed my mind that the wonderful maps like those of the 15th/16th centuries should have on the extreme edges the words `Here be Dragons` or in Sophies case `Here be Crocodiles` all in all a extremely readable book end to end or even just to dip into.
続きを読む
2人のお客様がこれが役に立ったと考えています
違反を報告
レビュー を日本語に翻訳する

j a gathercole
5つ星のうち5.0 Another challenging book by Sophie Neville
2014年5月7日に英国でレビュー済み
Amazonで購入
The title is a quotation from Psalm 139. verse 9 and is very relevent to the period in her life following the debilitating illness which she writes about in her book 'Funnily Enough'. During this later period she not ony recovers further from her illness but has a fascinating time working with a pony trecking business in South Africa,
Her adventures are vividly described in a way that reduces hair raising events to manageable reading but. In addition there is woven into the tale a description of what can cnly be descibed as missionary activity, not necessarily as part of a recognised church based society, but what a single committed Christian Believer can find to do in tne course of life, reacting to a perceived need wherever she finds herself in the world.
Several BBC natural history series enjoyed by many are the direct result of her described experiences and planning activity carried out by her on the Corporation's behalf during this time.
Any person wanting to know how to use their life for the benefit of others would do well to read the book. I recomend this title without reservation to any person looking for a reason for living. - JAGathercole.
続きを読む
1人のお客様がこれが役に立ったと考えています
違反を報告
レビュー を日本語に翻訳する

Fiona Bruce
5つ星のうち5.0 An adventure on horseback in Africa
2018年1月29日に英国でレビュー済み
Amazonで購入
This delightful book is written in the form of letters to and from Sophie's home in South Africa and her family and friends in the U.K. Sophie's life in Africa threw her into a world of horses, wildlife, tourists and adventurers to which she responded with enthusiasm and great good humour. After reading it one feels compelled to sign up for a riding safari with Sophie in charge, if nothing else to find out what happened to all her fascinating family with whom she corresponded, Sophie is in fact an artist and the numerous illustrations and maps are her own and a delight in themselves.
続きを読む
2人のお客様がこれが役に立ったと考えています
違反を報告
レビュー を日本語に翻訳する
すべてのレビューを参照します
トップへ戻る
Amazonについて
Amazonでビジネス
Amazonでのお支払い
ヘルプ＆ガイド
日本語ショッピングのための言語を選択します。 日本ショッピングのための国/地域を選択します。
© 1996-2020, Amazon.com, Inc. or its affiliates