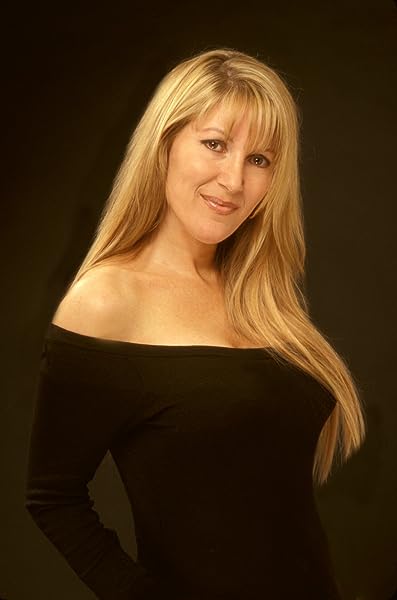 “One of ‘The 10 Most Iconic Relationship Books of the Past Ten Years."

“Men don’t really go for ‘nice.’ They go for ‘interesting.’”

“We’re talking about having so much self-respect, Aretha Franklin would high-five you.”

“The pejorative meaning of the word ‘bitch’ has been reclaimed... it means a strong, feisty woman who has moxie, and knows when to use it. A bitch is... sap free.”

“[Argov is] talking about a strong woman. Someone who knows what she’s doing in life. Someone who will share the load, but who will stand her ground.”

—Joy Behar, Co-host of The View

“Sherry Argov shows women how to transform a casual relationship into a committed one.”

“The Best of Culture.”

Sherry Argov is the author of Why Men Love Bitches, and Why Men Marry Bitches. Her writing has appeared in countless magazines including People, Vanity Fair, US Weekly, Cosmopolitan, Glamour, Elle, Maxim, and Esquire. Her work has been featured nationally on the TODAY show, The View, MSNBC, Fox News Channel, and MTV.  Her first book Why Men Love Bitches was named one of the "Ten Most Iconic Relationship Books of the Past Ten Years" by Yahoo, and "America's Top Relationship Book" by Book Tribe. A first-class theater production abroad, her first-class theater play has topped Billboard charts for seven consecutive years, and has received critical acclaim. Her work is currently published throughout the world in over thirty languages. For more information, visit the author's website at SherryArgov.com.

Tokyo Sandblaster
5つ星のうち1.0 You're kidding right?
2011年7月10日に日本でレビュー済み
Women wonder why they can't get the "right" guy so they turn to this garbage? You can't change yourself and you won't. If you run a relationship as anything other than a team, you are doomed to failure. Being selfish and thinking for a second that any man likes a "bitch" is foolhardy and you completely deserve the unhappiness that is coming your way. I feel sorry for any woman who feels the need to buy a book like this and I laugh at any woman who actually believes what it says.
続きを読む
6人のお客様がこれが役に立ったと考えています
役に立った
コメント 違反を報告
レビュー を日本語に翻訳する
すべてのレビューを参照します

Amazon Customer
5つ星のうち5.0 This book saved my relationship
2018年2月11日に英国でレビュー済み
Amazonで購入
This is and should be regarded as the bible of how a woman should behave with her man. I am still seeing results from day 1 of applying it. Very practical advice and aha moments.

It’s not a book about being mean to men, it’s a book about self respect and being the woman any man would want. A goddess, a lover, an archetypal feminine woman who respects herself and makes him feel lucky to have her.
This not only helps women but puts men on their best behaviours which ironically makes them better people.
Thank goodness I found this book, I wish this was taught to young girls.

Peachylou
5つ星のうち1.0 This book is a mess completely mixed messages and bad advice!
2020年4月25日に英国でレビュー済み
Amazonで購入
This book is so confusing, I really liked it at the beginning it was all about being a boss ass bitch and taking control not being needy and full on totally relatable as thats basically me, says to be aloof and your own person not give compliments all the time and then LITERALLY a few chapters later theres an entire chapter about how you should be giving the guy compliment after compliment and pretending to be a dumb woman and making sure the guy gets the spider in the bathroom or let’s you hide behind him when you watching a scary film and all these stereotypical stupid girly things and just to agree with everything he says...I don’t get it how can one chapter be completely different to the next? I actually stopped reading it after that it really annoyed me! I wouldn’t bother completely contradicts itself!!
続きを読む

Jessica
5つ星のうち5.0 Changed my life
2017年9月22日に英国でレビュー済み
Amazonで購入
Wow! This book has literally changed my life in a very positive way. Coming from a home where my spanish mother has always taught me that a man will only ever love you if you submit yourself to him and agree with all his choices and ideas, I have only ever had terrible relationships fueled with disrespect. This book has not only made me understand where the problem lied but also how to change from now on to have healthy relationships and most importantly, to respect myself no matter what.

This is a must read for every young woman.

The delivery was perfect and very quick too.

Steven Kay
5つ星のうち3.0 Better than I expected, but contains lots of repetition (padding)
2019年4月29日に英国でレビュー済み
Amazonで購入
This is not really my thing, but I read it because I belong to a Book Club and it was the choice of one of the other members. It was actually more sensible than I thought it would be, but contains a lot of repetitive "padding". I found:
- the first 40-50 pages were quite useful
- pages 50-150 repeated the previous with slight variations and examples
- pages 150-173 were quotes from interviews with Males
- pages 173-193 were about Financial Independence and
- pages 196-212 ("Renewing the Spark") were about refreshing long-term relationships
- from 213-end were just repeats of the headings from previous sections.
The book is very American-centric, and is written in American English.
続きを読む
24人のお客様がこれが役に立ったと考えています
違反を報告
レビュー を日本語に翻訳する

K. Motyczynska
5つ星のうち5.0 Simple EXCELLENT
2018年3月14日に英国でレビュー済み
Amazonで購入
Simple EXCELLENT. All young women over 15 should read it and then re-read every year to refresh. It would save a lot of broken hearts if only girls/ ladies could use this everyday guide in the complicated love / relationship / feelings world.
This books tells you straight away how to immediate recognise arshole or someone who only wants to use you, how to steer clear out of the user’s way, how not to allow anyone to use you, what to do to be respected (by yourself, men, everybody), how nowadays women are manipulated, how women’s behaviours are perceived by the men and what behaviour will get you a quality husband.
続きを読む
21人のお客様がこれが役に立ったと考えています
違反を報告
レビュー を日本語に翻訳する
すべてのレビューを参照します
Amazonプライム会員ならお急ぎ便、日時指定便が使い放題
さらに、映画もTV番組も見放題。200万曲が聴き放題 。クラウドに好きなだけ写真も保存可能。
> プライムを無料で試す