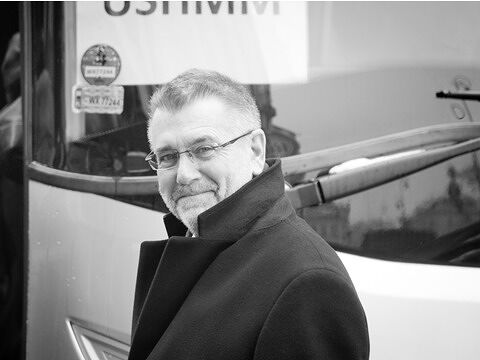 [Hayes] show[s] a sophisticated and judicious mastery of the most up-to-date historical scholarship...This timely, level-headed book is a model of public engagement.--Robert Eaglestone "Times Higher Education"

Clearly written, cogently argued...courageously confronts some of the thorniest issues raised by the Shoah, making Why? Explaining the Holocaust an indispensable work for specialists and informed readers alike.--Michael N. Dobkowski "Jewish Book Council"

Explain? Impossible. But Hayes's timely, accessible book sheds light on the horror. In certain circumstances it reminds us that humans can rationalize anything.-- "People"

Hayes has written a valuable book for today's challenges, with perspective and sensitivity, that is, indeed, authoritative, readable and revealing.-- "St. Louis Post-Dispatch"

An original, informative, and essential addition to the field of Holocaust studies. It should be required reading for every introductory course on the Holocaust.--Lawrence L. Langer, author of Holocaust Testimonies: The Ruins of Memory and Using and Abusing the Holocaust

Peter Hayes poses eight key questions about the Holocaust and then analyzes and answers them with enviable mastery, succinctness, and clarity. Hayes's arguments are presented with a scholarly authority that is judicious, compelling, and accessible. A gem of a book.--Christopher R. Browning, Frank Porter Graham Professor of History Emeritus, University of North Carolina at Chapel Hill

A fascinating, remarkably lucid, compulsively readable explanation of how the mass murder of Europe's Jews came about and how it transpired in the middle of the twentieth century.--David I. Kertzer, Pulitzer Prize-winning author of The Pope and Mussolini

Calmly argued, alert to the most recent scholarship about the Holocaust, and full of good sense, Peter Hayes's new book carries an essential title asked universally: Why? Why did such a thing happen? Taking up this most difficult of challenges, his pages answer questions that many analysts dare not even ask, let alone answer. That is why this work should be required reading, both for specialists and for those who seek more recently to understand.--Michael R. Marrus, Chancellor Rose and Ray Wolfe Professor Emeritus of Holocaust Studies at the University of Toronto and author of Lessons of the Holocaust

This book is outstanding--beautifully written, with enviable clarity of argument, countless instructive details, and memorable, evocative images. On every issue around which there has been either controversy or confusion--from the interrelationships between the Holocaust and the mass murder of individuals with disabilities to the motivations of the perpetrators, the economics of the killing operations, the special situation of Poland, the experiences of slave laborers, or the dimensions of Jewish resistance--Peter Hayes helpfully distills the debates and provides judicious, orienting assessments. A masterful, indispensable, landmark work.--Dagmar Herzog, distinguished professor of history and the Daniel Rose Faculty Scholar at the Graduate Center, City University of New York

Peter Hayes is professor of history and German and Theodore Zev Weiss Holocaust Educational Foundation Professor of Holocaust Studies Emeritus at Northwestern University, and chair of the Academic Committee of the United States Holocaust Memorial Museum.

observer100
5つ星のうち5.0 Outstanding. A historian's answer to prevalent misconceptions.
2017年3月21日に英国でレビュー済み
Amazonで購入
'Never again' has not ended genocide. Misconceptions abound about even the most studied genocide in history, the Nazi Holocaust of Europe's Jews. If we are to learn from history we should first try to get it right as far as we can, accepting that important new things are still being discovered about the Holocaust more than seventy years later. This matters for general readers but even more so for educators on the subject.
This book by a respected Holocaust historian cuts through a mass of detail which he obviously knows very well to concentrate on conveying clearly the conclusions of current historians and the reasons for those conclusions.
If you are teaching or researching the Holocaust, or want to understand it better, I recommend this book, which should also be made widely available in libraries.
続きを読む
7人のお客様がこれが役に立ったと考えています
違反を報告
レビュー を日本語に翻訳する

Mr R Holden-Storey
5つ星のうち5.0 A significant book on theShoah
2018年3月12日に英国でレビュー済み
Amazonで購入
The major questions regarding the Shoah are answered in depth; the historical research involved in producing this book is first-class and the lessons to be learnt provides much thought not least because of the emergence of right wing politics since the book was first printed and the emergence of Poland's current stance on the Shoah in Poland. A must read and and a valuable resource on this subject.
続きを読む
3人のお客様がこれが役に立ったと考えています
違反を報告
レビュー を日本語に翻訳する