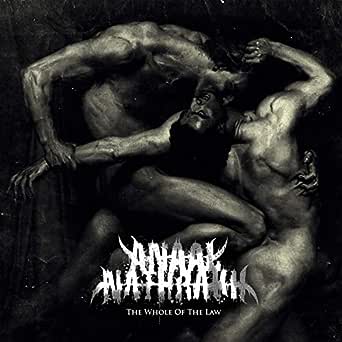 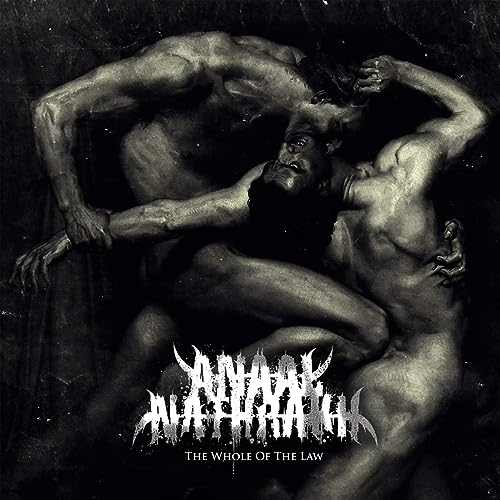 The Whole of the Law [Explicit]

Adamski
5つ星のうち5.0 Best buy of 2016
2016年12月1日に英国でレビュー済み
Amazonで購入
You actually know what to expect, but trust me, this album is a lot better than you'd expect :) There is no other band that can make music in such way where aggressiveness, blasts and the whole composition is so well put together, you will not get bored while listening to this masterpiece!
続きを読む
2人のお客様がこれが役に立ったと考えています
役に立った
フィードバックを送信中...
フィードバックをお寄せいただきありがとうございます。
申し訳ありませんが、お客様の投票の記録に失敗しました。もう一度試してください。
違反を報告
レビュー を日本語に翻訳する

J. Yeager
5つ星のうち5.0 My 2016 Album of the Year
2017年1月8日にアメリカ合衆国でレビュー済み
Amazonで購入
Similar to last year's Cattle Decapitation release, Anaal Nathrakh have released a magnum opus release that trascends genres and goes beyond what they've ever done in both musicianship and scope. This is truly an amazing piece of music and a triumph that manages to blend at least 4 different genres of heavy metal, seamlessly (black, death, industrial, and grind). What truly astounds me is how they were able to make this so catchy, yet so brutal all at the same time without compromising in their sound. It is quite an accomplishment, I must say.

As far as what songs stand out, they are all quite excellent. Of course, the big hitter is "We Will ******* Kill You", which is a monstrous single, but songs like "Extravaganza!" and "Hold Your Children Close And Pray for Oblivion" are further examples of excellence. Honestly, there is no filler on this album. Every song is excellent. Not a single moment is wasted in this album and that's what I love. It is pure bottled, compressed aggression that will take you for the most violent ride of your musical life and never let up until the very end. And, I am not talking "wall of sound" "everything sounds the same" type stuff here - on the contrary. We are talking more just sheer aggression and spite. While some extreme metal pummels the listeners with never-ending blast beats, this album manages to do it more creatively, yet staying every bit as heavy as those other guys. Bottom line is, it's amazing.

Now, if you are not into heavier metal, this album will certainly be rough to listen to. For me, this type of stuff is a fine wine that I can sit back and enjoy and relax to. Similarly, I don't see anyone who likes extreme metal disliking this in any way. It's just so good from beginning to end. But, those that like lighter metal may have some trouble with this one. It is just very, very heavy. But, I recommend giving it a chance and being patient with it, in this case. It just might surprise you and grow on you. I know, even for someone like me, the album keeps getting better and better with each listen. It's a true masterpiece that transcends metal genres!
続きを読む
5人のお客様がこれが役に立ったと考えています
役に立った
フィードバックを送信中...
フィードバックをお寄せいただきありがとうございます。
申し訳ありませんが、お客様の投票の記録に失敗しました。もう一度試してください。
違反を報告
レビュー を日本語に翻訳する

Charles Houston
5つ星のうち5.0 As good as The Codex Necro? Nope. But...
2017年3月4日にアメリカ合衆国でレビュー済み
Amazonで購入
...maybe it's right on par with it.

The Codex Necro debuted as the first full length from this English two piece back in 2001. I fell it love with it at first listen and I never got over the time to recover after the first listen. It just kept calling me back for more. The monolithic neck breaking guitars, the absolute misanthropic atmosphere, the "we will murder you, your family, and everything you love, then burn it to the ground, then burn the ashes to dust" production utterly raping any hope of sensibility or normalcy I once had left me naked and defenseless. I had no hope of survival. From that day, V.I.T.R.I.O.L. and Irrumator made me a fan with a lifetime membership.

I hadn't listened to their last full length record, Desideratum, but I from what I heard based on the one or two tracks I heard, they had gone with a relatively cleaner production and a play style that, for Anaal Nathrakh, could only be described as "tame." Don't get me wrong. the songs I heard were good and were definitely sounding like Anaal, but something was missing. I couldn't quite put my finger on it, but it sounded like Irrumator and V.I.T.R.I.O.L. were starting to change their sound to become a bit more accessible for people who thought Anaal was maybe too extreme for them to take. I could very much be totally wrong, but that's what it sounded like to me based on the song "Idol."

Now prior to that, I never listened to a single song that was being previewed for their new album. I hadn't heard "We Will F***ing Kill You" or "Depravity Favours the Bold." I decided to hold off on that until I bought the album. I did eventually decide to purchase it this year, knowing the last album I latest album I listened to in full was Vanitas. While it was a good album, I wasn't too thrilled with it. Coming off the heels of Passion, which was a decent album, and In the Constellation of the Black Widow, which was a fantastic follow up to the amazing Hell is Empty, and All the Devils Are Here (my second favorite AN album), I bought this album expecting to have my mind ruined, my face destroyed, and my eardrums crushed beyond repair.

Well, I got all of that. I definitely got all of that and more. This album is yet another amazing album from the likes of Anaal Nathrakh. It sounds like a mix of The Codex Necro and Hell is Empty... which is 100% worthy of praise in my book. The stunning mix of electronic industrial elements and scathing, unstoppable black metal is insane. Songs like "Extravaganza!" and "The Great Spectator" show the excellent fret skills of Irrumator with memorable riffs and some of the most irrecoverably soul scarring riff patterns you'll ever hear from this band. There are also stunners like "Of Being a Slave," whose chorus made me chuckle to myself a little bit when I first heard it. After giving it multiple listens and absorbing the album's nihilistic sound into my psyche, I realized that laughter was not the intended response towards the chorus and the incoherent screams that precede it.

The Whole of the Law is a testament to Anaal Nathrakh as a whole, even more so than Eschaton was. "Between **** and Piss We Are Born" may have sounded like the culmination of everything ending in a apocalyptic hellstorm of death, decay, smoke,.rot, and nihilistic malevolence, The Whole of the Law has "We Will F***ing Kill You" and everything in between. This album is definitely right up there with their best albums. If I were to rate the Anaal Nathrakh albums in order from best to worst - if you could even argue that they've made a bad album - here's how I'd rate them:

1) The Codex Necro
2) Hell is Empty, and All the Devils Are Here
3) The Whole of the Law
4) In the Constellation of the Black Widow
5) Eschaton
6) Domine Non Es Dignus
7) Vanitas
8) Passion
9) Desideratum
続きを読む
2人のお客様がこれが役に立ったと考えています
役に立った
フィードバックを送信中...
フィードバックをお寄せいただきありがとうございます。
申し訳ありませんが、お客様の投票の記録に失敗しました。もう一度試してください。
違反を報告
レビュー を日本語に翻訳する

Casey Christensen
5つ星のうち5.0 Best of 2016
2016年12月22日にアメリカ合衆国でレビュー済み
Amazonで購入
One of the best metal albums of 2016. Combining black metal, industrial, and grindcore, Anaal Nathrakh create an explosive, chaotic (in a good way), and bombastic album that stands out as one of their best albums to date. If you're into hellish soundscapes, you'll truly enjoy this epic album.
続きを読む
1人のお客様がこれが役に立ったと考えています
役に立った
フィードバックを送信中...
フィードバックをお寄せいただきありがとうございます。
申し訳ありませんが、お客様の投票の記録に失敗しました。もう一度試してください。
違反を報告
レビュー を日本語に翻訳する
その他の国際レビューを読み込む

Thaddeus Woskowiak
5つ星のうち5.0 The CD does not include the bonus tracks...
2016年11月3日にアメリカ合衆国でレビュー済み
Amazonで購入
After listening to this album I was rushed to the ER to have full cranial reconstructive surgery. That how furiously brutal it is. Another excellent release by AN.