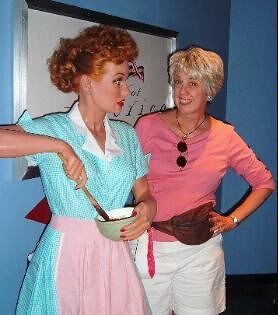 Born in 1925, Maria Tallchief spent part of her childhood on an Osage reservation in Oklahoma. With the support of her family and world-renowned choreographer George Balanchine, she rose to the top of her art form to become America's first prima ballerina. Black-and-white illustrations provide visual sidebars to the history of ballet while taking readers through the life of this amazing dancer.
続きを読む
Previous page
Next page

Who Was
Maria Tallchief?

Who Was
Maria Tallchief?

Who Was Maria Tallchief?

Maria Tallchief was a ballerina, but she was not just another toe-dancer. She was America’s first prima ballerina. A prima ballerina is the star of the show, the very best dancer on the stage. Maria danced for kings and queens and presidents. She thrilled her audiences with amazing leaps and arabesques. Her performances as a swan queen, a sugar plum fairy, and a magical firebird stand out as some of the most beautiful chapters in American ballet history.

She was a Native American, the daughter of a full-blooded Osage. Maria’s story begins on the Osage reservation in the rolling hills of northeastern Oklahoma. As a child, the beat of the tom-toms excited her. The rhythm of the drums filled the hollow of her bones. The songs of her people’s past woke within her a love of dance and the prima ballerina she would one day become.

Maria opened her eyes. She had fallen asleep in the living room, and now her father was carrying her upstairs. She snuggled closer against his warm body and stared at his shiny black hair. His dark eyes smiled down at Maria.

Maria’s first memory was that tender moment, waking to find herself safe in her father’s arms. She was three years old, and her father seemed like a giant to her. Alexander Joseph Tall Chief was six feet two inches. He had broad shoulders and a swaggering confidence that had won the heart of Ruth Porter, a farm girl from Kansas. He was Osage. She was Scottish and Irish. They were married soon after meeting in the small town of Fairfax, Oklahoma.

Maria came into the world on a cold winter day, January 24, 1925. Her parents named her Betty Marie, after her two grandmothers, Elizabeth, “Eliza,” Tall Chief and Marie Porter. Maria had an older brother named Jerry. When Maria was almost two years old, her sister Marjorie was born. The Tall Chief family lived in a ten-room, red-brick house on a hill overlooking the Osage reservation.

The Osage hills were a magical place for Maria. The prairie grasses bowed their heads and whispered in the wind. Wildflowers bloomed goldenrod yellow and daisy white. Butterflies and the songs of meadowlarks filled the air. In summer, Maria hunted through the high grasses for arrowheads. The sharp tips of stone were bits of Osage history. Whenever she found one, she said, shivers raced up her spine.

The Osage had lived on the plains of North America for many hundreds of years. Before the white settlers came, the prairie was a sea of grasses so tall that an Osage hunter had to stand on the back of his pony to see what lay beyond. The brown clouds and thunder in the distance were herds of buffalo. The Osage called these bearded animals “brothers.”

The white settlers, whom the Osage called “Heavy Eyebrows,” changed the land and the lives of the native people forever. Heavy Eyebrows plowed under the sweet-smelling grasses to farm the land. They slaughtered and skinned the buffalo, sending the woolly hides back East on the railroads that they had built across the plains. In some places along the iron rails, mounds of buffalo bones rose almost as high as the ancient prairie grasses.

The government of the white settlers forced the Osage onto reservations, first in the country Heavy Eyebrows called Kansas, then to a new place called Oklahoma. The Osage were hunters and gatherers. Without the buffalo,they could not hunt. Heavy Eyebrows wanted the Osage to become farmers. Year after year they scratched a living from the baked-red soil, but the crops they grew were not enough. The Osage were a proud people. Now they were starving. They had no choice but to accept the handouts of food and supplies from the white government agents.

Catherine Gourley is an award-winning author and editor of books for children and young adults. Many of her nonfiction books explore the media and popular culture, including women issues.  At present, she is the project director for Letters About Literature, a reading and writing promotion program of the Center for the Book in the Library of Congress, and is the principal curriculum writer for The Story of Movies, a visual literacy educational outreach program of the The Film Foundation, Los Angeles.  She lives in Pennsylvania.
１分以内にKindleで Who Was Maria Tallchief? (Who Was?) (English Edition) をお読みいただけます。

amazonbuyer
5つ星のうち5.0 Extremely informative and interesting
2007年12月6日にアメリカ合衆国でレビュー済み
Amazonで購入
Although I purchased this book for my children, I could not put it down.

I had never hear Maria Tallchief's story. We get a very balanced view of her life. It tells of the hardships she endured without overemphasizing them. It is a very honest book and does not hide what some might find to be the uncomfortable events of her life.

Yet, while the authors include hardships, they focus on her successes and how the various choices and people in her life had a part in helping her succeed. Her father was an alcoholic, but they portray him as a whole person. Her mother was very driven in her desire to see her daughters succeed, but the reader still has compassion for her.

I love how Maria remained friends with Balanchine after their divorce.

I admire how she did not let prejudice stop her from trying to build a bridge between the two cultures in which she lived.

Due to some of the content, you may want to read the book to your younger children. This way you can discuss some of the difficult events together. But there is no way the information is written in a rough or gratuitous manner. I highly recommend this book.
続きを読む
16人のお客様がこれが役に立ったと考えています
違反を報告する
レビュー を日本語に翻訳する