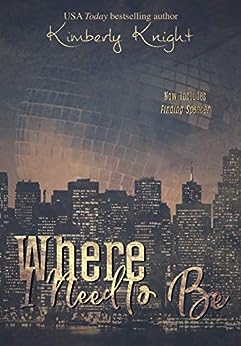 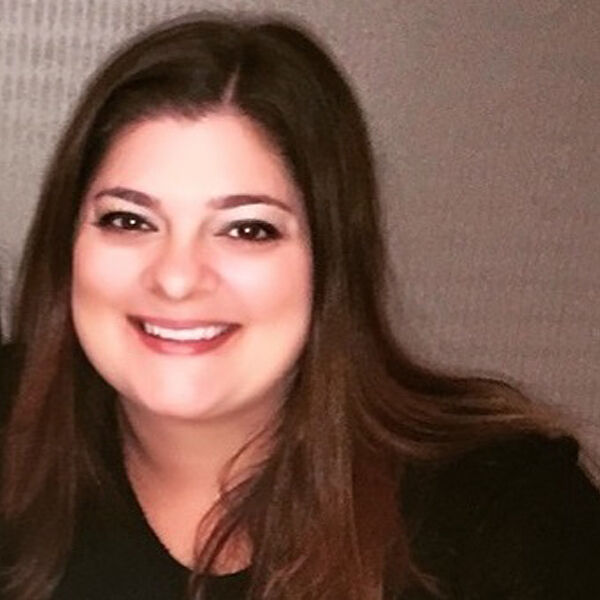 Where I Need to Be: A Billionaire Suspense Romance (Club 24 Book 1) (English Edition) Kindle版

Not everything stays in Las Vegas ...

Spencer Marshall was done moping. After catching her boyfriend cheating with his secretary, she decides to have a girl's weekend in Vegas with her best friend, Ryan. Lady Luck must be looking out for Spencer, because the hottie that has caught her eye at her new gym is on the same flight to Vegas.

Spencer is old-fashioned in the sense that she feels the guy should make the first move, but this hottie hasn’t approached her … until they have one hot dance in Vegas that leaves her questioning his motives.

Will her mystery man finally speak to her, or will he continue playing a game of flirtation that may lead to nowhere? And will situations from their past keep them from taking the next step?

Despite what people say, not everything stays in Vegas, especially when you work out every day at the same time and at the same gym.

With a crazy ex-girlfriend who won’t leave him alone, Brandon Montgomery is determined to move on to the brunette hottie who caught his eye at the gym he owns. Things start out slowly with Brandon and Spencer, since neither one can find the courage to speak to one another until they both happen to be in Vegas for a weekend.

It’s not true. Things don’t always stay in Vegas, and lucky for Brandon, the girl he wants to be with lives in his town. Now if his crazy ex-girlfriend, Christy, would leave him alone, Brandon could move on to where he needs to be.
続きを読む
Previous page
Next page
販売： Amazon Services International, Inc.
【買取サービス】 Amazonアカウントを使用して簡単お申し込み。売りたいと思った時に、宅配買取もしくは出張買取を選択してご利用いただけます。 今すぐチェック。
このシリーズの次の4巻 シリーズの詳細を見る
紙の本の価格 : ￥ 6,529
Kindle 価格: ￥ 1,752
￥ 4,777の割引 (73%)
獲得ポイント: 16 pt (1%)
シリーズをまとめ買い (4巻) シリーズの詳細を見る 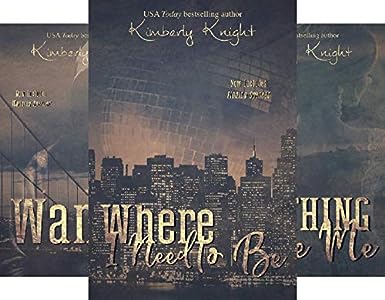 Katie
5つ星のうち3.0 Liked it.
2017年10月21日に英国でレビュー済み
Amazonで購入
I liked this book. It was the first book I have read by this author but I would read more of their work in the future.

The storyline kept me interested and the characters were likeable. I didn't realise when I began that this is only the first installment in these characters' story. I would continue the series as I would like to find out what happens with these characters. There was a couple of things I thought were going to happen but didn't so I would like to know if they occur in the next book.

There was one aspect to this book that I didn't particularly like. The main female character's name is Spencer and her female best friend (a secondary character) name is Ryan. The fact that they had male names bugged me.
続きを読む
1人のお客様がこれが役に立ったと考えています
違反を報告する
レビュー を日本語に翻訳する

Kindle Customer
5つ星のうち5.0 Wow and WOW!
2014年3月18日に英国でレビュー済み
Amazonで購入
I love the intro to the story, not long and deffo to the point! With my love of Genres like 'Erotica', I instantly look for the straight away short sharp injection ... and this delivers it. Kim doesn't tip-toe around the tulips, she instantly grips you with 'thought for food' and 'imagination for dessert'.

You have the young, beautiful, smart, lovely and kindhearted, Spencer Marshall girl. She's an executive assistant, striving to be CEO of a start-up internet company called; "Better Keep Jogging Baby" ([...]). The company's website privides page after page of fitness and nutrition tips and information to the world. Features and Reviews the locals and highly eclaimed gyms around America. Spencer, being brought up in a less fortunate family life, gives her that grateful and symathetic edge, which is why she can never say no, and believe it's the reason she's dealt such s**** cards. She gives you the sense that she's worked hard to get where she is and she'll keep at it no matter what; and she's done really well for herself.
Her simpatico and subtle support system is provided by her best friend and roommate, Ryan Kennedy, the sharp shooting, hard hitting force that Spencer needed in her life, she forces her recovery after a bad break-up.
Spencer's recent luck of the draw found her in termoil with ex-boyfriend Travis, AKA; TravAss, AKA: "Biggest mistake in her life so far". Fate takes a back-seat and she's saved by destiny when she is nominated to do a report/ checkout/ take advantage of a 2 week free gym membership at the local and newly opened gym; "Club 24" by her boss, whom should have been doing that report herself. Spencer takes the challenge and heads to the gym where destiny meets her at the front head-on.

Now some would say it was predictable that Spencer would find someone at the gym, i'm sorry but how many times have you found someone at the gym? Especially after a brutal break-up? No, I didn't think so. It isn't as predictable as you might think, it's hard enough after a break-up that you'd instantly get back out there searching for another potential relationship, you're heart broken, you're insecure, you're vulnerable... especially in Spencer's circumstances, she had her heart broken and stamped on. TrevAss was unfaithful, caught jolly-rodgering his secretary in his office! A-Hole!

So like I was saying, it's not predictable to say that Spencer would meet someone at the gym. At first I thought it was going to be the Instructor, the Trainer, or even the dirty towel boy, but never the owner of the gym, i expected most gym owners to be less than fit, or is that just the stereo-type in my talking!! In any case, the owner of this gym had to be where destiny handed her the lushous, sexiest, buffiest, amazeballs, Brandon Montgomery from Texas. Spencer had hit the jack-pot with this guy.

At first it seemed he wasn't internested, and it's probably something that would happen to me lol he doesn't actually speak to her for the first week, he just smiles a lot and makes eye contact, but never says a thing to her. Like I would have, Spencer cuts her losses and decides to give up on the idea of Hotty at the gym and her.

I won't give no more away, it'll turn into a spoiler rather than a review as my partner says (lol) you can see this review on my blog review at [...], facebook page @Author2AuthorBC, also on most social and media sites like Goodreads/Barnes & Noble etc...

Emthebabe
5つ星のうち5.0 Five stars!
2014年3月28日に英国でレビュー済み
Amazonで購入
Right, after finishing this I am off to join the gym! If the thought of meeting Brandon is the incentive anyway! Holy hotness!

In this steamy debut novel by Kimberly Knight we meet Spencer, a recently heartbroken an assistant to an Ad exec who recently discovered “The love of her life” – TravAss (love that nickname!) in a compromising position with his secretary!

And in an attempt to lure her away from the ice-cream depression she’s landed in her BFF, partner in crime and voice of reason Ryan convinces her to the gym (which is more for business than pleasure to begin with)… and from there her life takes off!

In walks Brandon, the hot new love interest and from almost the moment we are thrown in to the story he becomes an object of her desire. Without giving too much away he is more of a permanent fixture at the gym and jeez, if Club 24 was just round the corner to me I’d be signing up to join ASAP!

And, even though I live in the UK I’m definitely heading to Las Vegas! A girly weekend away turns what should be a pretty innocent girls dance session and a coincidental meeting in a nightclub into the steamiest dance scene I have ever read… I will say no more but phew that was one hot scene!

I love the chemistry between Brandon and Spencer and also her relationship with her friend Ryan. The story also kept me on my toes too with the emergence of other characters that are hell bent on making life difficult for Brandon and Spencer. I really want to say more but don’t want to say too much more for fear of spoiling the story! I read this book in one sitting and my heart was totally in my throat at the end. It ends leaving you wanting and needing more!

I cannot wait for book two (Wanted) and to see where the future will take Brandon and Spencer!

TC
5つ星のうち4.0 enjoyable and hot!
2014年6月16日に英国でレビュー済み
Amazonで購入
I had this book on my iPad for a while before I actually read it. For some reason I kept putting it off… WHY?! Very bad decision on my part because I was very pleasantly surprised by this book. It has a lot of elements in books that I love and it was a nice light read with plenty of twists and turns in the plot that keeps you entertained and gripped to the storyline.

I loved Spencer and Brandon as a couple, they were fun and easy to like. The writing style was also pleasant and I quickly read this book in one sitting, ready for the next one. I am glad that I finally read this as it is definitely worth it, a pleasant read with a little bit of angst and shock to give it the extra edge.
続きを読む
違反を報告する
レビュー を日本語に翻訳する