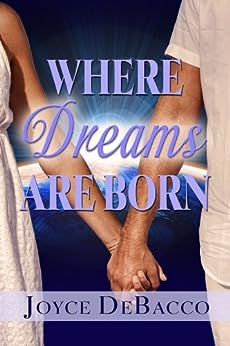 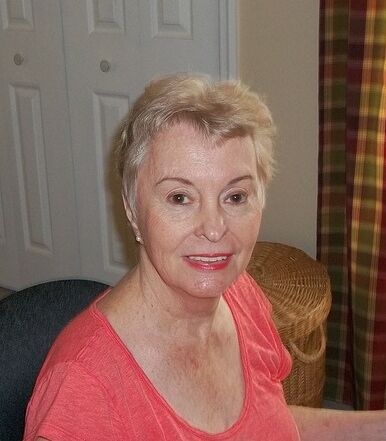 After reading women's fiction for many years, I finally decided to take the plunge and write my own stories. One of my books, Serendipity House, was named best indie romance for 2011 by Lynn of Red Adept Reviews. As the mother of four grown daughters, I'm familiar with the problems women face finding love, raising children, and stepping back when necessary. That's why family dynamics play a large part in all my books. Sibling rivalry, drug abuse among teens, and problems with spouses figure prominently in all my stories. Of course, there's always a touching love story threaded through the pages. Who doesn't love a good love story? I can be found most days secluded in my office creating new worlds and people to populate them. When I'm not taxing my brain with plot, structure, and grammar, I like to sew, particularly quilts. When I really want to rest my brain cells, I sprawl out in front of the TV and usually fall asleep. Please visit my website, http: //www.joycedebacco.com for more information about my books --このテキストは、kindle_edition版に関連付けられています。

I found it had just about everything thrown into the story. An unwed teen, Vicky, raises her son Tommy as a single parent. Her life in turmoil she marries Tom, a friend, who is a good husband and father. When he dies, she becomes involved with a man named Hank who is abusive to her and her son.

Vicky leaves Hank and finds she is comfortable in the position of housekeeper and nanny for Jack Hazlett and his daughters.
Both Jack and Vicky have their own problems but unite in helping each other and fall in love.

Problems arise as Tommy's biological Dad, Russ, wants custody of Tommy and Hank kidnaps Tommy. Like I said, there is just about everything thrown into this story including a little touch of the supernatural.

It held my interest. I rate this story four stars.

Lola Donnelley
5つ星のうち5.0 This is an awesome story!.
2016年11月16日にアメリカ合衆国でレビュー済み
Amazonで購入
Where Dreams Are Born is an awesome read of a family finding love together after going through rough times! I really enjoyed this novel with a surprising end!
続きを読む
1人のお客様がこれが役に立ったと考えています
違反を報告
レビュー を日本語に翻訳する

D.K.
5つ星のうち5.0 Could not put this down!!
2017年2月12日にアメリカ合衆国でレビュー済み
Amazonで購入
I started reading this last night before went to bed and fell asleep reading it. Today I picked it up and couldn't put it down until I was done with it. Housework went to hell in the meantime because the work was too good.
続きを読む
1人のお客様がこれが役に立ったと考えています
違反を報告
レビュー を日本語に翻訳する

Kathleen Hagburg
5つ星のうち5.0 Do you believe in Destiny?
2011年10月26日にアメリカ合衆国でレビュー済み
Amazonで購入
Author, Joyce DeBacco, takes you on a rollercoaster ride riddled with detours and roadblocks you never see coming. Where Dreams Are Born captivates your interest immediately keeping you in suspense till the last page is turned. Just when you think you have it figured out...another rug gets pulled out from under you. This is one of those books I had to read cover to cover without coming up for air.