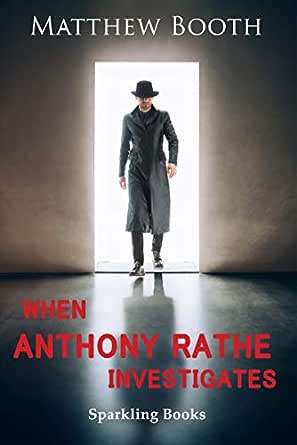 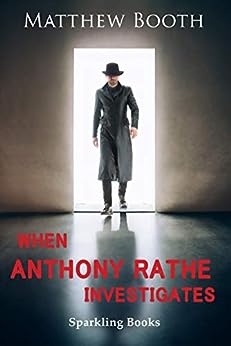 This gripping collection of detective stories is an excellent blend of contemporary and traditional crime drama. Each story is tightly plotted, exciting, and each with a satisfying twist at the end. There is a variety to the stories, ranging from dark secrets being exposed to genuinely tragic family secrets coming to light.

But the real success of these stories are the two main characters and their relationship. Rathe is a fascinating and original character, a troubled man trying to make sense of his life in the wake of a tragedy which still haunts him. Contrasted with Rathe's private quest for redemption is Inspector Cook, a man with his own troubles, trying to come to terms with the violence he sees in his everyday life in the best way he can.

The contrast between the two of them is set off against their mutual desire to find the truth and it forms the basis of an uneasy alliance. It is their uncertain partnership which sets these stories aside. It is not the usual detective duo combination and this amiable hostility between them is a welcome change. Rathe and Cook are wary of each other but what these stories show so well is the slow building of trust and respect between them as they investigate the crimes at the centre of these four excellent stories. A sequel can't come soon enough.

Anthony Rathe is a disillusioned former lawyer having left the bar because an innocent young man called Marsden, whom he prosecuted, committed suicide in gaol. As a result, haunted by guilt and shame, Rathe finds himself investigating crimes of passion where injustice is evident. 'The Marsden disgrace', as Rathe views the matter, is a connecting thread through the four stories in this excellent collection as he attempts to atone for his perceived sin.

Anthony Rathe is a fascinating character who works in a solitary fashion down the narrow line between the police and the legal system. He is a wonderfully incongruous mix of the stoical and passionate. Here we have a character who is intriguing and pleasingly different from the run of the mill sleuths who people modern crime fiction. Indeed his heritage is in the tradition of the unusual golden age detective who is neither a tired policeman nor the risibly eccentric private detective. He is a very welcome addition to the raft of modern crime solvers.

In this collection we have a quartet of stories in which Rathe solves a series of murders. I think of these as cabinet detective tales in that the mysteries are tightly plotted and cunning, while involving only a small cast of players, which works well with Booth's rich and intense storytelling style. He is particularly good with atmosphere and Rathe's internal monologues. The characters are expertly drawn and psychologically accurate. While at times we are in Agatha Christie whodunit territory with the plots which challenge the reader to spot the culprit before the denouement, the literary quality of the writing adds an elegant and realistic patina to the narratives.

One of the added pleasures of these stories is the growing uneasy relationship Rathe has with the police detective Inspector Terry Cook, a belligerent but very human copper who tolerates rather than accepts Rathe's interference in his cases. Indeed on occasion he sometimes seeks his help, albeit begrudgingly. The two men rub each other up the wrong way most of the time, but Booth subtly reveals that there is a respect growing between them. It's an engaging double act.

Anthony Rathe is a new star on the crime fiction stage and this reviewer wants more, please.

Plain Jane
5つ星のうち5.0 Compelling crime writing
2020年4月19日にスペインでレビュー済み
Amazonで購入
Anthony Rathe is a troubled man, a sharp-minded barrister now undermined by feelings of guilt: a young man took his own life and Rathe feels responsible. Lost in soul-destroying culpability, Rathe finds himself investigating a series of unrelated crimes alongside the humourless yet not altogether heartless detective inspector Cook. I was caught up in Rathe's world from the first page, reading late into the night, hoping he would find peace and happiness as he reveals the true guilty parties. Highly recommended for crime fiction and literary fiction readers alike.
続きを読む
役に立った
フィードバックを送信中...
フィードバックをお寄せいただきありがとうございます。
申し訳ありませんが、お客様の投票の記録に失敗しました。もう一度試してください。
違反を報告
レビュー を日本語に翻訳する