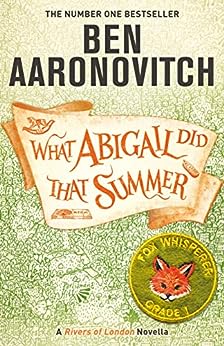 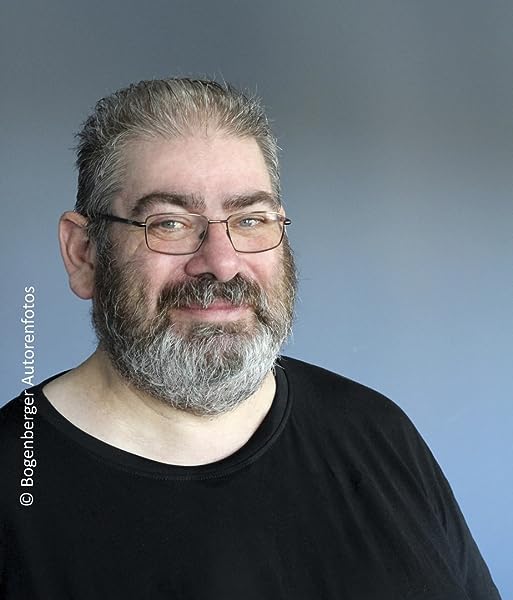 What Abigail Did That Summer: A Rivers Of London Novella (English Edition) Kindle版

Masterfully crafted ... gives the late, great Terry Pratchett a run for his money ― The Sun

Ben Aaronovitch has created a wonderful world full of mystery, magic and fantastic characters. I love being there even more than the real London ― Nick Frost

Before becoming a bestselling author, Ben Aaronovitch was a screenwriter for Doctor Who and a bookseller at Waterstones. He now writes full time, and every book in his Rivers of London series has been a Sunday Times Top Ten bestseller. He is published in 14 languages and has sold more than 2 million copies around the world. Aaronovitch is also a trustee on the board of Cityread London and is a long-time supporter of Nigeria's premiere arts and cultural festival, The Aké Festival. He still lives in London, the city he likes to refer to as 'the capital of the world'. --このテキストは、hardcover版に関連付けられています。

David Harris
5つ星のうち5.0 Another brilliant Rivers of London episode
2021年3月21日に英国でレビュー済み
Amazonで購入
Fitting into the Rivers of London chronology in parallel with Foxglove Summer, which took Peter Grant out of London to support Herefordshire Police with a supernatural case (or "weird b******s" as it's described by his mundane colleagues), What Abigail Did That Summer tells us what was happening on Hampstead Heath and particularly, what part his young cousin, Abigail Kamara, played in it.

It's summer, Abigail is out of school and a bit bored, with time on her hands. She's also observant (partly through Peter's influence, perhaps, although I suspect mainly not), extremely bright and, of course, aware of the magical world. If anyone is going to spot the magical background to the disappearances (and reappearances) of kids on the Heath, it's going to be her. And of course she's going to want to investigate...

What follows is, I'd say, one of the lighter of the Rivers books. Like them, we learn a lot about a particular part of the city - this time, the Heath - and its relation to the Rivers. Like them, the protagonist is thoroughly at home on her own turf (or as Abigail calls it, her "ends" - the book is peppered with London youth slang - 'Simon's mum is Fed-adjacent in some way' which is helpfully footnoted where needed). Both Peter and Abigail are Londoners born and bred, in turn with the sounds and smells of the city and aware at once when something is a bit... off. ('You don't grow up small, mouthy and mixed race in North London without picking up a few tricks'). Whether you call that magic or not, it always gives them a head start in getting to the bottom of things. In tune with that, Aaronovitch is always at his best when describing the physical or the social geography of London: how the house prices one side of a street are higher than this on the other, the particular whiteness of a given social setting, where a river was paved over to make streets, the history of the bathing ponds on Hampstead Heath. Not only describing, but building his story on it.

So when Abigail stumbles into a perfect 1970s dinner party out of time (yes, an Abigail's party, what else?) the setting is perfect not only down to contemporary events - the 3 day week, the miners, Vietnam - but to the minutiae of social strata that the past layers on the present. (Or is it the other way round?) Just as he is with the interaction between lower class, mixed race Abigail and strikingly wealthy (for a supposedly mid ranking civil servant, she's a Grade 7 for goodness sake) Simon's mum, mentioned earlier. (I don't think she would be able to afford that house, there's something that is, as Abigail might say, definitely dodge there).

All of this is really me trying to say that the world Aaronovitch creates here is so rich, so well done, that you're almost at risk of getting distracted form the plot, so please do pay attention, because - while I'm obviously not going to say a great deal about what happens: spoilers! - it is a clever and twisted thing that has Abigail running in circles and having to bargain, bribe and promise here way through London's demi-monde (as it's called here: a magical substrate to the city, not a society of artists and courtesans). I think some of those deals and exchanges she makes may, also, be storing up trouble ahead...

In all, another EXCELLENT contribution to this series and a book I basically consumed at one sitting - because why stop when the writing's as good as 'I use a fountain pen because it's like writing on money' or 'an ornamental knocker that looks like it should have the face of a dead banker but doesn't'? Or when Aaronovitch is riffing off Douglas Adams ('it's radiating happiness in exactly the way a clown doesn't') or doing bitter humour ('Nobody ever accused me of being good at happy')?

No, there's no sense in stopping for a moment, or delaying reading this. I should aapologise to the book I was meant to be reading when What Abigail Did That Summer came along, mugged me for my attention, and loudly monopolised my reading time. But, do you know - I'm not sorry AT ALL.
続きを読む
22人のお客様がこれが役に立ったと考えています
違反を報告
レビュー を日本語に翻訳する

L Weale
5つ星のうち4.0 Abigail and the foxes
2021年3月20日に英国でレビュー済み
Amazonで購入
I'm hoping that Abigail will get a complete novel fairly soon - although my sympathy is with Ben Aaronovitch who probably only has so many hours in a day that he can write and so many interesting characters to choose from.

I'm very pleased that Abigail has her own rather creepy mystery to solve, with the assistance of the talking foxes and others. I would say that some of the story felt a bit more Dr Who than Peter Grant (but I am very fond of The Doctor, so I shouldn't complain). It was short, novella rather than a novel, so some of the ideas were rather abrupt but still very interesting. There were moments though, Thistle for instance, which felt full on Peter Grant with a hint of Shakespeare and the descriptions of London which are very good indeed.

For me 4.5 stars rather than 5, just a few more chapters would have been really nice.
続きを読む
4人のお客様がこれが役に立ったと考えています
違反を報告
レビュー を日本語に翻訳する

James Graham
5つ星のうち5.0 A total delight - Abigail and the talking foxes . . .
2021年3月22日に英国でレビュー済み
Amazonで購入
A little bit of magic: actually, at 196 pages not so little. Nightingale makes an appearance, Peter not at all: this really is Abigail's story. It's intriguing, sometimes frightening, and always charming. The talking foxes are a hoot, and Abigail is as strong a character as Peter, with much of his mischief and turn of phrase. As with The October Man, Arronovitch is stretching his world and characters out like a spider's web: there's no sense of story/situation or character 'fatigue'. It's also a history lesson concerning Hampstead Heath - fascinating.
続きを読む
4人のお客様がこれが役に立ったと考えています
違反を報告
レビュー を日本語に翻訳する

Kindle Customer
5つ星のうち5.0 Looking at things from another viewpoint
2021年3月18日に英国でレビュー済み
Amazonで購入
A lovely addition to the Rivers of London series. Abigail reminds me of many of my students over the years, dealing with difficult things in the world but being able to be normal and interesting and different which is how it should be.

This book is intriguing, engrossing and delightful. I love the foxes, Simon is lovely and Nightingale and the river goddess Fleet makes an appearance.

The nods to other books appear as we've come to expect, Gaspode the Wonder Dog, books by the author of the Water Babies are used as research and more, I know I missed some, I'm now on my second run-through so am already finding more.
続きを読む
2人のお客様がこれが役に立ったと考えています
違反を報告
レビュー を日本語に翻訳する

Mike Roach.
5つ星のうち4.0 Very enjoyable
2021年3月19日に英国でレビュー済み
Amazonで購入
I really liked this book, which more than lived up to the publicity. It's a great story from a less usual point of view, it carries you forward well and I just love the foxes. Well and Abigail too.

I dont like the footnotes, they add nothing to the story and are just that teeny bit condescending and smart to sit well in the text.