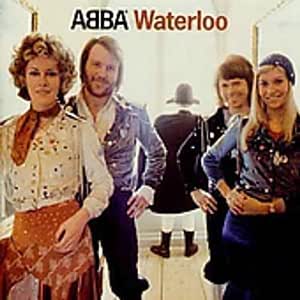 Gavin Hardy
5つ星のうち4.0 Great sounding reissue.
2017年8月19日に英国でレビュー済み
Amazonで購入
Now; I know I am going to come across as some sort of hi-fi bore: but the previous CD editions of 'Waterloo' have been less than perfect. The early 90s Polydor (also released as a budget 'Spectrum' music label edition) had high levels of hiss suggesting that original masters or lp cutting tapes were not used, it also lacked clarity. The 1997 and 2001 remasters were too loud and had too much of a bass and treble boost. The version on the now very expensive "Complete Studio Recordings' box set and its less expensive relation 'The Albums' box set had even louder harsh mastering. The 30th Anniversary cd/DVD set had the same mastering as the latter.

So those who care about dynamic sound quality and decent transfers from source material may well groan; " Here we go again ", based on such history.

I am delighted too report this is a dynamic sounding CD with sensible mastering levels (you can turn up the volume if you want to play it loud of course).

There is a great amount of detail found on this cd that doesn't stand out as well on my former old UK lp edition, percussion and other 'light' sounding instruments particularly.

I am not going to review the music or bonus tracks as others have done so before me (I would give it 3 out of 5 based on song quality). I simply want to state my case for buying this 40th anniversary edition above others based on a sound quality perspective. Recommended to anyone who prefers a return to the dynamics and volume levels we used to hear on most CDs from the late 80s to mid 90s.

Well here we are again Abba fans. Despite Polar/Universal commencing the deluxe cd/dvd editions of Abba's studio albums with "Waterloo" ten years ago, the group's second album (their first officially as Abba) has been repackaged again to commemorate the 40th anniversary of their 1974 Eurovision Song Contest victory. That 2004 release " Waterloo: +DVD " was packaged in a soft plastic cd sized case, similar to the ones used for dvd's, not the now familiar four panel digipak. This new version IS a digipak and collectors will now have a matching set of deluxe editions. If how your collection looks on the shelf bothers you that makes this a necessary purchase for uniformity of all the albums.

The entire deluxe series has been ok instead of brilliant with a few titles let down by some awful masters for the cd audio (Voulez-Vous, Super Trooper & The Visitors), no lyrics with the booklets and all dvd's bar this latest release with low quality 2.0 Dolby Pro-Logic (fake surround sound). Why we were not given uncompressed PCM audio on the dvd's is baffling. The dvd with this 40th anniversary of Waterloo has it's audio mastered in the better quality standard 2.0 Dolby Stereo even though many of the vintage live performances are in their original mono. Any "live" performances to playback of the studio recording have remastered stereo sound and what a plethora of video performances we have BUT....that depends on how much you like this album's title track.

What's presented, if you select play all from the dvd menu, is a documentary style program "The Year Of Waterloo", with text graphics giving information of the various dates, locations and events of the performances preceding each title. So if you love the song Waterloo, there are nine different videos for that song. Seven live performances (two in Swedish, one in German and both performances from the Eurovision Final, the actual competition performance and the encore performance after they were announced as winners) and two with studio playback. To mix things up a bit there are three videos for the follow up single "Honey, Honey" also to studio playback and two short behind the scenes clips/interviews. The now obligatory International sleeve gallery of images is the last segment of the dvd. Unbelievably, the taped performance of "Hasta Mañana" from Spanish television that was part of the 30th anniversary edition dvd is NOT included.

Now to the audio on the cd. It sounds to my ears like a low level flat transfer. Some people will like this others won't. I've always thought Waterloo sounded pretty good on cd and can't really see the need for yet another remaster. There are two extra tracks that were not included in 2004. The UK 1974 single remix of "Ring Ring" and an alternate mix of "Waterloo" that was briefly available on 7" single in Sweden before being withdrawn. These extras were included as exclusive tracks in " The Complete Studio Recordings [9CD + 2 NTSC DVD ]" box set released back in 2005. If you missed out on that rather expensive box set you'll be happy to have the alternate mix of "Waterloo" with it's vocal interjections (oh yeah!) and more oohs and aahs....nice. As far as the 1974 remix of "Ring Ring" is concerned, well I'll leave that one up to you.

Abba completists are going to buy this 40th Anniversary Deluxe Edition no matter what. The vintage video on the dvd is ok and is the only thing that collectors will get that they've not shelled out coin for in the past. Whether that's enough to buy this version as an upgrade to the 2004 release depends on how much the omission of the Hasta Mañana video bothers you. Personally I believe it would've given a little respite from hearing the Waterloo song again. If you play the cd then watch the dvd you will have heard it 14 times!

"The History Book On The Shelf, Is Always Repeating Itself..."
続きを読む
3人のお客様がこれが役に立ったと考えています
違反を報告
レビュー を日本語に翻訳する

Misty50
5つ星のうち5.0 My, My! Waterloo 40th anniversary!
2014年5月8日に英国でレビュー済み
Amazonで購入
The first ABBA album release in the UK & to many people it was the group's first one ( even though Ring Ring had been issued the previous year ). Now we have the deluxe edition to tie in with the 40th anniversary celebrations & the eighth & final studio album to be given the deluxe treatment.
The original album has been expanded with eight bonus tracks with Swedish,German & French language versions of Waterloo & an alternate mix too.
The dvd has in total NINE performances of the title track from the Swedish heats & preview performance to Eurovision, a German language performance & three Top of the Pops appearances. So you get every conceivable studio performance of Waterloo ABBA did ( I think! ).
Apart from this there are also three performances of Honey, Honey. Something I found useful was the documentary style text between tracks explaining the path the group took in 1974.
It's good to have all these different versions but by the end you feel a bit Waterlood out!
In summary it's great having this cd/dvd as a commemorative item & it completes my collection of the deluxe series. Just wish the Ring Ring issue had more dvd content than the three items on it....
続きを読む
違反を報告
レビュー を日本語に翻訳する

P. Irving
5つ星のうち3.0 It's OK
2014年4月9日に英国でレビュー済み
Amazonで購入
As a massive ABBA fan I have bought all their albums two, three or four times over - vinyl, CD, box sets, deluxe editions - so am feeling a bit let down by the 40th anniversary release of Waterloo. It has some brilliant songs (My Mama Said, Gonna Sing You My Lovesong, Hasta Mañana, and the title track in particular), some OK songs (Watch Out, Sitting in the Palm Tree and King Kong Song - yes I like it), but the DVD extra's let the package down. Do we really want 9 video's of Waterloo and 3 video's of Honey Honey? The Eurovision clips are worth seeing, but the rest should have been shelved. Going by this release and the Ring Ring deluxe release, the vaults of extra's seem to be drying up. Hopefully if Live and Gracias Por La Musica get deluxe releases, there will be something worth buying them for.
続きを読む
3人のお客様がこれが役に立ったと考えています
違反を報告
レビュー を日本語に翻訳する

Mr. A. Crawford
5つ星のうち5.0 Still my favorite ABBA Album
2014年5月12日に英国でレビュー済み
Amazonで購入
This album started my love affair with ABBA, every track is different as B&B try & find there unique style & sound. From Waterloo via Hasta Manana, Dance While The Music Still Goes On, Gonna Sing You My Love Song, Honey Honey & Watch Out, every one was a gem & still feels fresh. The DVD is a Master Stroke, a few of there Deluxe Version DVD's have been a disappointment, but not Waterloo, every video is a gem, especially the Preview Eurovision Waterloo one, it's 40 years since I first watched it & I remember it like it was yesterday. Overall, this is the best Deluxe Version. A MUST BUY ALBUM.
続きを読む
2人のお客様がこれが役に立ったと考えています
違反を報告
レビュー を日本語に翻訳する
すべてのレビューを参照します
トップへ戻る
Amazonについて
Amazonでビジネス
Amazonでのお支払い
ヘルプ＆ガイド
日本語ショッピングのための言語を選択します。 日本ショッピングのための国/地域を選択します。
© 1996-2020, Amazon.com, Inc. or its affiliates