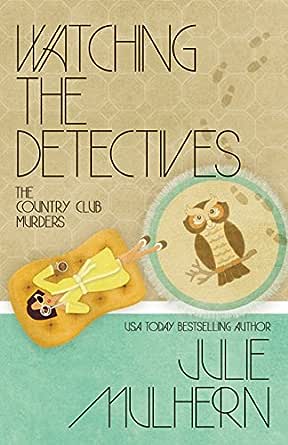 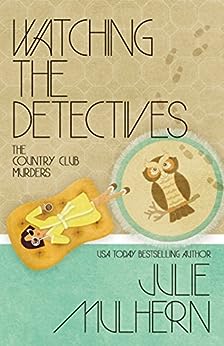 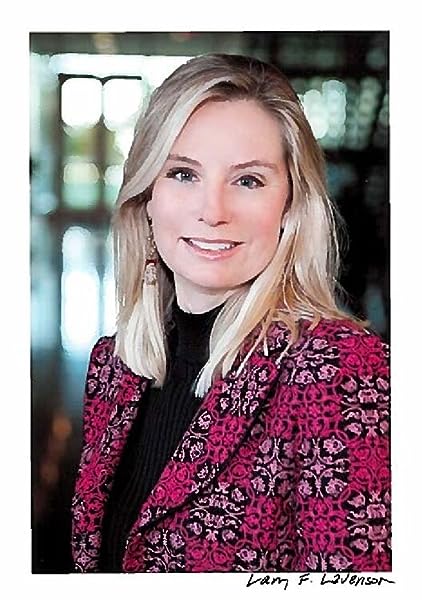 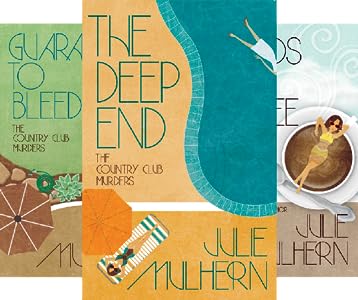 With so many bodies, is it any wonder Detective Anarchy Jones’ new partner considers Ellison a suspect?

WATCHING THE DETECTIVES by Julie Mulhern | A Henery Press Mystery. If you like one, you’ll probably like them all.

Julie Mulhern, the USA Today bestselling author of the Country Club Murders series, is a Kansas City native who grew up on a steady diet of Agatha Christie. In addition to mysteries, Julie writes historical, romantic suspense. Her first romance, A Haunting Desire, was a 2014 Golden Heart finalist.

Callie Beaulieu has been an actress for several decades. Classically trained, she is predominantly a theater actress, and her work has been seen around the country. Callie recently returned to the US after spending nearly a decade living in the Caribbean. She is a proud member of Actors Equity Association and SAG-AFTRA.

C. Fowler
5つ星のうち5.0 Another Winner from Julie Mulhern
2017年5月26日 - (Amazon.com)
Amazonで購入
The Country Club Murders series is one of my all time favorites, and continues to impress with its well developed characters, the 1970's setting, and a wonderful protagonist, Ellison Russell. Watching the Detectives is funny and amusing, but between the macrame owls, Aunt Sis and Grace being arrested, and the horrid buffet arranged by Ellison's mother for a party, it also deals with murder and some very serious and "not spoken of in polite society" issues facing women of that time period. Additionally, Anarchy has a new partner, a wannabe Columbo, who is convinced that Ellison is the murderer ("don't leave town, Mrs. Russell"). Ellison and Anarchy's relationship continues to sizzle (as does her long-time relationship with her Mr. Coffee), and Ellison's continued ability to stand up to her mother, Frances, is very satisfying. I cannot say enough wonderful things about this book, and hated to see it end. Watching the Detectives would be very easy to read in one sitting, but I like to draw it out as long as I can (which isn't very long!) because I love how Julie Mulhern writes. I highly recommend this book, as I do all the books in the Country Club series -- you won't be disappointed.
続きを読む
8人のお客様がこれが役に立ったと考えています
レビュー を日本語に翻訳する

CranberryKoala
5つ星のうち5.0 I'm borderline obsessed . . .
2017年9月16日 - (Amazon.com)
Amazonで購入
This is my current favorite series. To me, this author should be known on a national scale. The quality of her writing is exceptional. Each book has kept me up reading at night, and I walk around during the day trying to avoid the gravitational pull of my Kindle demanding that I find out what happens next. I love the main character and how she has developed and grown in this series. And I love the wicked humor and societal observations. And, the love interests--I am dying for resolution! Please be aware that this is not a fluffy book/series. I think I eventually made my way to this from reading "cozy" mysteries. But this is not what I would describe as cozy. It is a multi-layered look at a "perfect" world, with insights into the real and often dark thoughts and actions behind the flawless surface.
続きを読む
4人のお客様がこれが役に立ったと考えています
レビュー を日本語に翻訳する

Mary Beth Brewer
5つ星のうち5.0 it is a fun blast from the past
2017年5月25日 - (Amazon.com)
Amazonで購入
I have read every book that Julie has written and I deliberately slow my reading speed down so that I can savor each book. You do not have to read her books in sequential order, but once you read one, I guarantee you will read them all. They are all set in the 70's, so for anyone who lived during that decade, it is a fun blast from the past. Of course there is always a murder, or two, so trying to solve the whodunnit is part of the fun. I have yet to figure out, in any book, who did it, prior to the very end. I love all her books but Watching the Detectives is my favorite so far! Do yourself a favor and get this great read today!
続きを読む
5人のお客様がこれが役に立ったと考えています
レビュー を日本語に翻訳する

R.H. McCort
5つ星のうち5.0 Quiet please, don't let anyone know
2017年5月31日 - (Amazon.com)
Amazonで購入
Once again Julie Mulhern brings you into the story of 1974 and Ellison Russell, who no matter what she does just can’t stay away from dead bodies. I would have been a young mother myself at this time, I guess I can say I was very much like Ellison, always wanting to please everyone and do exactly what was expected of me. Ms. Mulhern brings you back to those days and trust me you will love this series.

All Ellison wants to do is have Henry’s den turned into a softer place that she can enjoy. After the last decorator tried to kill her, Ellison has asked Hunter Trafft’s ex-wife Khaki White to give her a quote. Who would expect that while Ellison was briefly away helping housekeeper Aggie DeLucci when her VW bug dies, someone would come into the house and murder Khaki.

While there wasn’t cell phones in 1974, Ellison knowns Detective Anarchy Jones number by heart, what she didn’t count on was his new partner, Detective Peters, who immediately suspects Ellison is the killer.

If that isn’t bad enough Margaret, Ellison’s overpowering mother pulls Ellison into having a cocktail party on short notice, when Cora who is married to her cousin must chair a luncheon with an explosive speaker. Enter Aunt Sis and daughter Grace who protest the speaker, get arrested and Grace begins to think about boyfriends and maybe sex? WOW poor Ellison’s head is spinning when another dead body shows up, husband to Khaki, Stan White.

So while all this is going on you begin to see an underlying story of abusive by husbands to their wives. This would never have been spoken of in 1974, it was kept silent. “Not spoken about in society.” So come along with Ellison while she struggles to overcome the submissive woman and to balance all the balls in the air.

Kindle Customer
5つ星のうち5.0 Another excellent Julie Mulhern book
2020年1月16日 - (Amazon.com)
Amazonで購入
Julie Mulhern is an excellent writer. She keeps the action going continually and intersperses everything with hilarious one-liners. One has to feel sorry for the heroine, Ellison, because she has disaster after disaster, while trying to keep her daughter under control, and her mother out of her life. This fifth novel in the series has a more somber theme, that of a spousal abuse. As always, the scene is set in the 1970s and Mulhern notes that the facility for abused spouses described in the novel was set up a couple of years after the timeline of this novel. It is hard to imagine that as recently as this men had great power over their wives and wives had little recourse or power. Some of the scenes described in this novel are painful to read and the description of battered wives is graphic. Again in this novel, Ellison's life is in danger and her daughter Grace and Anarchy, along with the dog, Max, come to the rescue just in time at the climax of the novel. I very much enjoy Mulhern's novels and this one is no exception.
続きを読む
レビュー を日本語に翻訳する
Amazon.comのカスタマーレビューを見る(144) 5つ星のうち4.8
click to open popover
Amazonプライム会員ならお急ぎ便、日時指定便が使い放題
さらに、映画もTV番組も見放題。200万曲が聴き放題 。クラウドに好きなだけ写真も保存可能。
> プライムを無料で試す