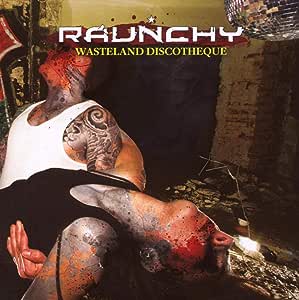 Mattoe
5つ星のうち3.0 LYRICS OF CONFUSION BAY PART 2 BUT MUSICALLY HARDER THAN DEATH POP...
2008年8月11日にアメリカ合衆国でレビュー済み
Amazonで購入
My only problem with this cd is the lyrics. If you are a dedicated fan, you can relate when I say.. from Velvet Noise to Confusion Bay the lyrics went from typical metal - of heroics and stories and facing inner demons or just dark poetry written in 2 lined paragraphs leaving the imagination open to partying and love and relationships while parting.... Confusion Bay went... say Limp Bizkit (comparable to MY library) and seemed effortless... all about touring and on disc cheering to fans as if a damn concert is recorded, thanking them and celebrating getting laid and describing it. Death Pop Romance came and the lyrics were serious and even more hardcore than previous and the music was insanely heavy. They returned to their roots and were awesome.

The music and studio production doesn't change at all. For one thing I can say this band is thankfully one of those bands that takes, what you've grown to love music-wise and keeps going with it. They don't change their style and go acoustic or all mature with fatherly heavenlike material, or go Soilwork and have the guitars sounding like it's an amp inside of a cabinet.. It is the same riffs, the same speed and even though it sounds really repetitive to last time, it's the same style so rock on.. It's no Staind from Dysfunction to Chapter V......... Even though it's a pale comparison, but a good for-instance.

But the lyrics have totally reverted to Confusion Bay... part 2. If it's not Copenhagen, it's New York City. And if you're not partying with biker speed on the highway than you're dancing with the angels the devil calls the weekend... "... please..."

I think this is the reason why the last singer was kicked out right? His singing went from meaning to let's party and here we go again...

But the music quality is awesome. I'm just really confused why there is so much quality in the music, even in the cover song that kills the original and so much lacking in the lyrics... I mean I know this band isn't anywhere near or ever going to come to the states but is this their way of reaching mainstream in their land? I just don't understand how say.. "Thank you for all the times we shared, now you want it now you have it so tap tap tap your toes to the beat, like all the rest you're sweet sweet sweet and I've tasted all of them" - and that's the chorus of the title track, halfway through the cd and every song's lyrics and chorus is like that... To me, I can't sing that on the way home from work and totally envelop in it. Meanwhile the music is heavy and hard as hell... I just don't get it and really scratch my head hard thinking.

The music is definately evolved, from thrash to melodic almost Hopesfall like with pedals being used and still just as loud as we all like it but the lyrics just kill it for me. I've listened to it about 6 times through and through at this point and I felt forced to write this review. It's hard, and heavy and loud... and better if not more of the same but the lyrics just do not add up to the rest at all. I'm sorry. It gets a 3 from me, because it's just that annoying.. THE WHOLE CD!!!!!!!!????? Sorry for not disguising the band members names and faces to be approximate but music is all I care about and although it's new and improved the lyrics just ruin it.. Maybe I'll give it a four like I gave Confusion Bay, but that ^^^(lyrics)^^^ just seems like a tour bus Ipod demo crapper scribble.
続きを読む
2人のお客様がこれが役に立ったと考えています
役に立った
フィードバックを送信中...
フィードバックをお寄せいただきありがとうございます。
申し訳ありませんが、お客様の投票の記録に失敗しました。もう一度試してください。
違反を報告
レビュー を日本語に翻訳する