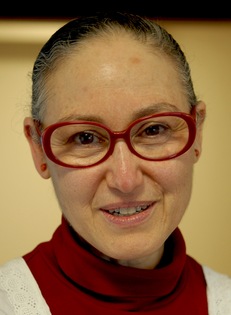 Washoku, literally the “harmony of food,” is a way of thinking about what we eat and how it can nourish us. The term describes both a culinary philosophy and the simple, nutritionally balanced food prepared in that spirit.

My first encounter with washoku was nearly forty years ago when I suddenly, and serendipitously, found myself staying with the Andoh family on the Japanese island of Shikoku. My urban American sensibilities were challenged by more than the rural plumbing that first summer. Hunger forced me to be adventurous at table, where my curiosity grew, along with my appetite, for things Japanese.

I was particularly impressed by the rhythm and flow of activity in the Andoh kitchen. This was the cherished, domestic domain of Kiyoko Andoh, the woman who was to become my mother-in-law. From the start, she encouraged me to call her Okaasan (literally “mother,” it is also a term of endearment and respect for women who care for others). Okaasan moved about her daily routine with determination and grace, feeding the Andoh household—children (and their friends), grandchildren (and their friends), workers at the family-owned factory (and some of their family members), and foreign visitors (me) alike. Running such a large, busy home required not only consummate culinary skill, but also an understanding of the value of nutritious, wholesome food and a knack for balancing the budget.

Okaasan’s ability to integrate smoothly such practical considerations as getting meals on the table in several shifts (early risers, after-school lessons, and factory overtime needed to be accommodated) with a deep artistic sensibility (fashioning a flower from a carrot, or reflecting on the texture and shape of tableware) was remarkable. A fine cook for whom the ways of washoku were deeply ingrained and practiced daily, Okaasan never had occasion to doubt the wisdom of this time-honored approach.

Because I had no language skills at first with which to question or challenge, I merely watched the activity around
me and tried to follow suit. I desperately sought to grasp the logic of it all, or at least discern some predictable patterns. Later, as I acquired fluency in Japanese and broadened my experience to include formal culinary training at the Yanagihara School of Classical Japanese Cooking, I fine-tuned my understanding of the principles and practice of washoku. It is those ideas and skills that I am sharing with you in this book.

The calligraphy for wa is used to refer to things indigenous to Japanese culture. In the realm of food, washoku  distinguishes Japanese food fromforeign-inspired cuisines, such as yōshoku, or Western-style food.

The philosophy and practice of washoku can best be summarized by a set of five principles that describe how to achieve nutritional balance and aesthetic harmony at mealtime. The first three principles—one each concerning color, flavor palate, and choice of cooking method—deal with the practical considerations of food preparation. The fourth principle defines the sensual nature of food—that is, the need for food to appeal to all the five senses, not just taste and smell. The final principle,which ismore spiritual and philosophic, compels us to appreciate both human endeavor and the natural forces that provide for us.

The five principles of washoku are as follows:

Five tastes, or go mi, describes what the Japanese call anbai, a harmonious balance of flavors—salty, sour, sweet, bitter, and spicy—that ensures our palates are pleasantly stimulated, but not overwhelmed.

Five ways, or go hō, urges cooks to prepare food by a variety of methods, simmering, broiling, and steaming being some of the most basic. By combining various methods at every meal, it is easy to limit the total amount of sugar, salt, and oil consumed, thereby avoiding excessive calories.

Five senses, or go kan, advises cooks to be mindful not only of taste, but also of sight, sound, smell, and touch (in this case, the texture of food as we eat it).

Five outlooks, or go kanmon, are rules concerned with the partaking of food and have a strong basis in Buddhism. Indeed, many Buddhist temples in Japan that serve vegetarian fare (shōjin ryōri) will have these rules written on their menus. They instruct us, first, to respect the efforts of all those who contributed their toil to cultivating and preparing our food; second, to do good deeds worthy of receiving such nourishment; third, to come to the table without ire; fourth, to eat for spiritual as well as temporal well-being; and fifth, to be serious in our struggle to attain enlightenment.

The five principles are not unique to Japanese foodways. Many Asian cultures share similar beliefs. Indeed, the ideas arrived from China by way of the Korean peninsula about a thousand years ago. In Japan, the five principles intertwined with indigenous Shinto beliefs, such as humanity’s oneness with nature, and evolved into a broadly encompassing, deeply integrated culinary philosophy. A vocabulary emerged to describe various aspects of this distinctive Japanese food culture. Kisetsukan is what the Japanese call their keen appreciation for seasonal cycles and other rhythms of nature. The word shun is used to describe a point in time when a particular food is at its peak of flavor. Shun can last for several weeks or even months—or it can be as fleeting as a few hours or days. The notion of meisanbutsu, or “regional specialties,” holds locally produced foodstuffs in especially high regard. In Japan, where lakes, rivers, and the ocean provide abundant food to complement the harvest of the land, the phrase umi no sachi, yama no sachi (the bounty of the sea, the bounty of the mountains) describes the harmonious union of foods from both land and water sources.

As with other aspects of culture, such as language and dress, foodways settle in and are eventually taken for granted by the society that gave rise to them. Most Japanese today would have a hard time articulating washoku  notions, and would not usually discuss among themselves the guidelines for assembling a nutritionally balanced, aesthetically pleasing meal. Yet when choosing items from an à la carte restaurant menu, selecting prepared dishes to take home from a departmentstore food hall, or purchasing packaged food from a convenience store or supermarket, most Japanese will, by instinct, employ the five principles on some level to create culinary harmony.

Despite the pervasiveness of washoku in Japanese food culture, the word itself and the concepts associated with it are relatively unknown outside the country, even among aficionados of Japanese cooking. And although its origins are deeply rooted in Japanese culinary history and habits, washoku can be practiced and enjoyed outside Japan, by Japanese and non-Japanese alike. Selecting ingredients at their peak of seasonal flavor, choosing locally available foods from both the land and the sea, appealing to and engaging all the senses, using a collage of color, employing a variety of food preparations, and assembling an assortment of flavors—a washoku approach to cooking gives the creative and contemplative cook an opportunity to satisfy his or her own aesthetic hunger while providing sustenance and sensory pleasure to others.

ELIZABETH ANDOH is the American authority on Japanese cuisine. She has made Japan her home since 1967 and divides her time between Tokyo and Osaka, directing a culinary program called A Taste of Culture. Her book Washoku won the 2006 IACP Jane Grigson award for distinguished scholarship in food writing and was nominated for a James Beard Award.