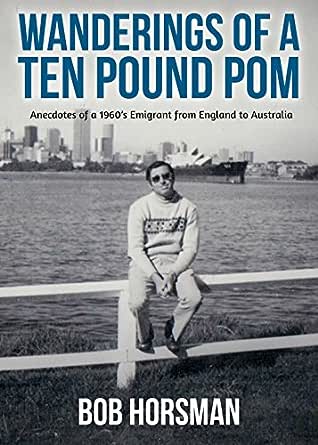 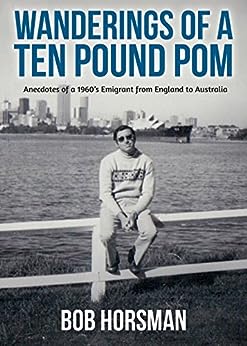 "Wanderings of a Ten Pound Pom" is about an English emigrant to Australia beginning almost 50 years ago in 1966, until his marriage in 1977. The stories revolve around his work as an electrician in this new country and his travels throughout the world during that time. Those travels include visits to 32 countries with over a hundred locations. There are some funny moments, some are adventurous and some are more than a little embarrassing. Some are serious and some are light-hearted. An entertaining read, for the bus or the train, over a coffee or at bedtime. Bob Horsman's writing of those times has been almost as enjoyable for him as living them. It is his hope that the reading of these anecdotes will do the same for you.

Bob was born in 1939 and emigrated to Australia on the well advertised 10 Pound assisted passage scheme in 1966. His home was on the outskirts of Oldham, Lancashire, in the North of England. The small town of Shaw nearby was where Bob spent much of his time, being the town of his schooling and employment until age 26. It was then that he emigrated and travelled extensively around Australia and many parts of the world for the next 11 years. Backpacking was to become a feature of his travelling. In 1976 he met who would become his future wife of 36 years in Sydney and they married in 1977. Four children followed after going to live in Tasmania. 38 years later Bob still lives there. He lived on the East Coast for 10 years and has resided on the North West Coast until this day.