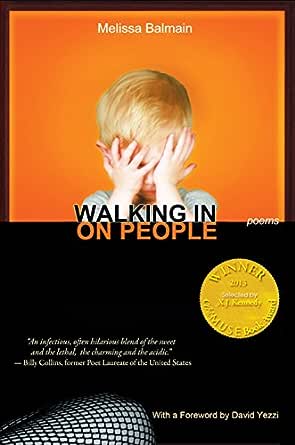 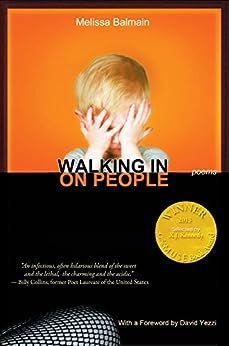 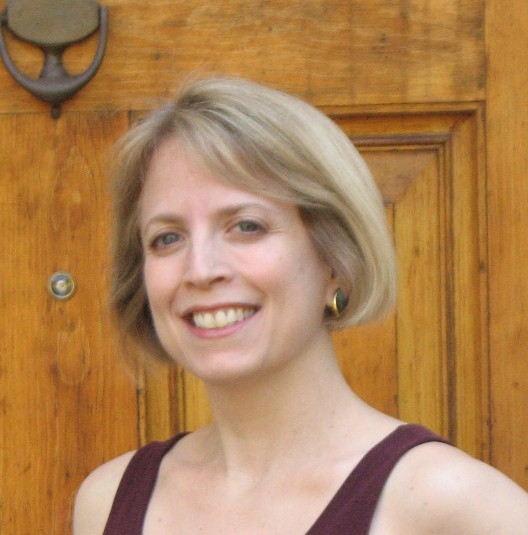 Melissa Balmain is a humorist, journalist, and teacher, and the editor of Light. Her poems have been published in the anthologies The Iron Book of New Humorous Verse and Killer Verse, and in American Arts Quarterly, Lighten Up Online, Measure, Mezzo Cammin, The Spectator (UK), The Washington Post, and elsewhere. Her prose has appeared in The New Yorker, The New York Times, McSweeney's, Details, and many other magazines and newspapers. She is a columnist for Success magazine and the author of a memoir, Just Us: Adventures of a Mother and Daughter (Faber and Faber). Balmain has won national journalism honors and been a finalist for the Donald Justice Poetry Prize, the Howard Nemerov Sonnet Award, and the X.J. Kennedy Parody Award. She teaches at the University of Rochester and lives nearby with her husband and two children. WALKING IN ON PEOPLE, winner of the 2013 Able Muse Book Award, is her first full-length poetry collection. --このテキストは、paperback版に関連付けられています。

Jaime Reyes
5つ星のうち5.0 High Fives and Fist Bumps
2014年6月27日にアメリカ合衆国でレビュー済み
Amazonで購入
I pre-ordered Walking in on People months ago. I've been waiting for it impatiently. Now that its attractive orange and black paperback has arrived, I haven't felt an iota of buyer's remorse. On the contrary, I'm as delighted as I guessed I would be with Melissa Balmain. Over the years I've read several of her verses in Light Quarterly--now simply known as Light--which she's been editing since the death of its brilliant founding editor John Mella in 2012.

Her debut book collects 56 poems funny and resonant enough to establish her as one of the very best humorists since such stalwarts as Ogden Nash and Richard Armour, not to mention Dorothy Parker, Wendy Cope, and that irrepressible bard of light versifiers X. J. Kennedy. But don't take my word for it. Here's a Balmain 12-liner:

Bird in the Hand

It doesn't caw or hunt or fly.
It can't peck anybody's eye
or even grow a single lousy feather.
One-clawed, no match for any tom,
it's stranded on a leafless palm,
regardless of the season, time or weather.

Yet what's the bird that, all alone,
sticks up for you when gibes have flown
and you don't care to verbalize or linger;
when someone's mocked you to your face
or cut you off or swiped your space--
what bird? The one that moonlights as a finger.

Move over, Lord Byron and Alexander Pope: Walking in on People is a pleasant alternative to a super tanker-load of "serious poetry" that fills the pages of journals too respectable to mention here. For anyone who takes Marianne Moore's canonical line about poetry at face value--"I, too, dislike it"--Balmain is someone to LOL with. What's not to like about her satiric doozies about marriage, childbearing, hypochondria? She can handle a sonnet, a villanelle or a triolet as masterfully as she deploys iambs and anapests. She's a jill-of-all poems except those that are boring.

If Phyllis McGinley won a Pulitzer Prize for her light verse collection Times Three, Balmain deserves the accolades of poets like Billy Collins and David Yezzi, let alone Kennedy, who selected Walking in on People as winner of the 2013 Able Muse Book Award. Balmain has been on the scene for quite a while now, or I could say, with Whitman, that I greet her at the beginning of a great career.

High fives and fist bumps to Melissa Balmain. Be the first one to buy her first book!

Reading beautifully metered rhymes is like listening to music. As I enjoy playing my favorite songs over again, I know I will re-read this collection from time to time - it's that entertaining. If you like to laugh, I'm sure you'll agree.
続きを読む
1人のお客様がこれが役に立ったと考えています
違反を報告
レビュー を日本語に翻訳する

sandishelton
5つ星のうち5.0 Funny, warm and brilliant!
2014年3月10日にアメリカ合衆国でレビュー済み
Amazonで購入
Melissa Balmain writes a very clever and smart column for Success magazine, but her true comic sense comes through in this delightful collection of poems. Honestly, they will make you laugh out loud. But make no mistake. These poems are not only hilarious; they are wise and metrically perfect, and Melissa Balmain is a genius.
続きを読む
8人のお客様がこれが役に立ったと考えています
違反を報告
レビュー を日本語に翻訳する

Airymom
5つ星のうち5.0 Must read!
2014年10月21日にアメリカ合衆国でレビュー済み
Amazonで購入
I thoroughly enjoyed this volume of poetry. Rather than repeat what earlier reviewers wrote, I will simply agree that the poems are fun, poignant, well written and resonate with me. My favorite, as a social worker with over 30 years working in child protective services (child abuse and neglect) is "Lament". Call it gallows humor, it's hilarious.
続きを読む
2人のお客様がこれが役に立ったと考えています
違反を報告
レビュー を日本語に翻訳する