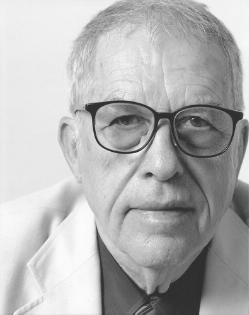 Teruyo Nogami was a relative newcomer to film production when hired as a continuity/script assistant on Akira Kurosawa’s Rashomon. A witness to its filming—and its near destruction in a fire—over the next fifty years she worked on all the master’s films—Ikiru, Seven Samurai, Kagemusha, and Dreams. No one was more closely involved in Kurosawa’s productions, and in this memoir, charmingly illustrated with her own sketches, Nogami writes candidly about the director’s energy, creativity, and his famous rages, telling the inside story on how so many classics of world cinema were made.

"Teruyo Nogami was Akira Kurosawa's script supervisor throughout his career, more importantly she was his loyal assistant and supporter during both the good and bad moments of his life. She is an extraordinary woman and these memories are a path to understanding the temperament and genius of one of the few...geniuses of cinematic history. It's not uncommon for a film director to have made one or two great films, but Kurosawa was able to create many masterpieces in many styles, set in both modern and classic times. So the opportunity to know this artist through the lucid eyes of a long-time collaborator is a privilege and an opportunity. Nogami-san's salty personality is perfect to show his many sides, not always flattering, which is essential in grasping him. This book is a treasury of stories and a key to the great body of cinematic work of Akira Kurosawa." -- Francis Ford Coppola

"If you're interested in movies, then you're interested in the work of Akira Kurosawa. Teruyo Nogami was by Kurosawa's side for almost 50 years, as he quietly (and sometimes, not so quietly) revolutionized the very  grammar of cinema. This is a wonderfully intimate and beautifully written portrait of one of the greatest filmmakers who ever lived, which makes it essential reading." -- Martin Scorsese

"Sure to become a classic memoir, essential for our understanding of one of the greatest filmmakers of the 20th century." -- The Japan Times

B. 1927 in Tokyo. She joined Daiei Films in 1949 and since 1950 served as Kurosawa's assistant on every film he made until his death. She now writes about films for magazines and works to spread and protect Kurosawa's legacy. Donald Richie has been writing about Japan for over 50 years from his base in Tokyo and is the author of over 40 books and hundreds of essays and reviews. He is widely admired for his incisive film studies on Ozu and Kurosawa, and for his stylish and incisive observations on Japanese culture.
Kindle化リクエスト
このタイトルのKindle化をご希望の場合、こちらをクリックしてください。

Zack Davisson
5つ星のうち5.0 Absolutely essential reading for Kurosawa fans
2007年6月13日に日本でレビュー済み
My Kurosawa library is pretty full. Heavy, academic tomes like Stephen Prince's "The Warrior's Camera" and informative and personal showcases like Donald Richie's "The Films of Akira Kurosawa" can do a lot to deepen one's appreciation for the master filmmaker. Only "Waiting for the Weather" can make you smile, make you feel like you are sitting right there, caught up in the whirlwind of genius holding on for dear life and enjoying every minute of the ride.

Teruyo Nogami is a familiar face to most Kurosawa fans, having appeared in the 2001 documentary "Kurosawa" as well as lending her insights to the various Criterion Collection releases of Kurosawa's films. I can't picture her as anything else than a pleasantly smiling elderly woman, little realizing the will-power and strength that must have been necessary to serve as an assistant for the fierce personality of Kurosawa for so many years. Nor did I realize that she helped raise Juzo Itami, one of the greatest of Japan's modern filmmakers, best known for his comedy "Tampopo".

In "Waiting for the Weather", Nogomi, or Non-chan, as Kurosawa called her, waxes nostalgic about all the trials, tribulations, exaltations and boring down-times that went into creating some of the greatest moments ever caught on film. Her entry into the film world came through correspondence with Mansaku Itami, a famous director in his time although now somewhat forgotten, and then continued organically until her being hired on for an experimental new film called "Rashomon", which would change her life forever. From then on, she was a constant presence on Kurosawa's set, staying with him even during the dark times of "Dersu Uzala" and all the way until his final film "Madadayo" and his death. She was never a great mover or shaker, just someone who helped get things done, and was an essential piece of the Kurosawa machine.

There are so many scenes and memories in this book that put a human face on Kurosawa, and that are so pleasantly described, that it would be impossible to pick out a favorite. Imagine Kurosawa and his team taking a break from intense work of filming "Rashomon" to climb nearby Mt. Wakakusa and engage in some impromptu late-night dancing and stripping down to their underwear. Imagine sharing a laugh when the cages holding the crows for the climatic scene in "Dreams" were thrown open, and the black birds just sort of wandered around instead of taking off dramatically. This is the kind of nostalgia that Non-chan shares, and every word paints a vivid picture of affection and love for the human being behind the legend.
続きを読む
1人のお客様がこれが役に立ったと考えています
役に立った
違反を報告する
レビュー を日本語に翻訳する
すべてのレビューを参照します

m.o.
5つ星のうち3.0 Not the best book on Kurosawa
2010年8月14日に英国でレビュー済み
Amazonで購入
Kurosawa's autobiography and interviews are fuller and richer and bring you to Kurosawa and his work more successfully...Waiting on the Weather isn't a bad book, but it was dissappointing after the high standards of Kurosawa's own texts, words and information, although it's been a best-seller in Japan.
続きを読む
違反を報告する
レビュー を日本語に翻訳する

Samurai Girl
5つ星のうち5.0 Standing Beside the Emperor
2008年6月25日にアメリカ合衆国でレビュー済み
Amazonで購入
Teruyo Nogami, "script girl" to Kurosawa-as of this writing is still alive-and is one of the last close associates of Akira Kurosawa to be able to tell us about the man, his working methods, and the conditions of making some of the 20th century's finest films.

This charming book is written with respect, and the conviction that Kurosawa was a great filmmaker. There seems to be a lot of repetition in the stories told about and by Kurosawa, but there are some new bits and pieces, too. It is fascinating to hunker down in the cold with Miss Nogami, as she helps in the filming of "Dersu Uzala", for example. She is able to make you feel as if you were there, with her simple, clear descriptions.