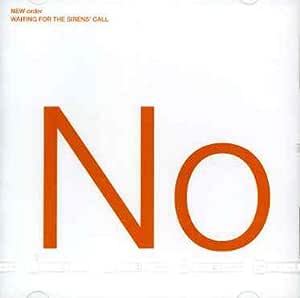 The new, New Order album was recorded in several British studios throughout 2004 and features a 'dancier' angle as opposed to the guitar heavy Get Ready. This is New Order's first record made without founding keyboardist Gillian Gilbert. Gilbert left the band amidst the 2001-02 world tour for Get Ready to care for her ill daughter and has been permanently replaced by Phil Cunningham. London Recordings. 2005.

The new New Order album was recorded in several British studios throughout 2004 and features a ''dancier'' angle as opposed to the guitar-heavy Get Ready. This is New Order's first record made without founding keyboardist Gillian Gilbert. Gilbert left the band amidst the 2001-02 world tour for Get Ready to care for her ill daughter and has been permanently replaced by Phil Cunningham. London Recordings. 2005.

Blue eyed Anna
5つ星のうち5.0 Love this album
2018年12月23日に英国でレビュー済み
Amazonで購入
A lot of New Order fans don’t seem to like this album. Call me a philastine but I love it!

I’ve got back into buying vinyl again; many remastered albums sound amazing on 180 gram vinyl, but because of the high cost of vinyl I’m having to be fussy and I’m only buying albums I know I like. This was an insta-buy. There are so many great tracks on Waiting for the Sirens Call that it’s the only New Order album I would buy on LP. I’ll quite happily stream everything else but this vinyl will be spun regularly.
続きを読む
3人のお客様がこれが役に立ったと考えています
違反を報告
レビュー を日本語に翻訳する

R. Rooksby
5つ星のうち2.0 Hating for the Siren's Call
2017年2月9日に英国でレビュー済み
Amazonで購入
Waiting For The Siren's Call is a terribly disappointing album - more like a Bernard Sumner solo project (albeit with a few "seasoned" collaborators in tow) than a bona fide New Order record. As such, it provides a rather ungainly thump back to reality after 2001's borderline excellent Get Ready.

Bland music, bland lyrics, bland performances, and bland production - the latter surprisingly so considering the involvement of Stephen Street, John Leckie AND Les Rythmes Digitale's Stuart Price - and though I doubt it will date as quickly as '80s releases like Low-Life and Brotherhood (it's too calculatedly middle-of-the-road for that) the entire sorry scenario radiates a pungent, inoffensive whiff of Radio 2 and drive-time programming, the dismal "Jetstream" representing the categorical nadir of the entire New Order catalogue. Like the largely mundane Republic album, Peter Hook's elegiac bass is once again sorely underused - little wonder he jumped ship shortly after it was released - though, unfortunately, Siren's Call doesn't have a "Regret" or "World" to rescue it.

To be completely honest, I only bought the CD (very cheaply, I should add) for Peter Saville's impeccable sleeve design, and that's the only reason it's still sitting on my shelf.
続きを読む
3人のお客様がこれが役に立ったと考えています
違反を報告
レビュー を日本語に翻訳する

john
5つ星のうち5.0 Brilliant album
2016年6月14日に英国でレビュー済み
Amazonで購入
I bought GET READY when it was first released and that was a worthy comeback album. This however is on another scale. I am aware that this may be controversial as the album does not seem to have been received that well, but each to their own. NO move into a more dance based offering here still with the established class vocals from Sumner still present as always. The songs are well written and it's all put together well. It's a shame this has been Hookys last offering with the group. We'll miss that distinctive bass. Difficult to pick the best tracks but guilt is a useless emotion and draculas castle are great songs. I recommend this album but I'm sure NO fans will have bought it years ago.
続きを読む
違反を報告
レビュー を日本語に翻訳する