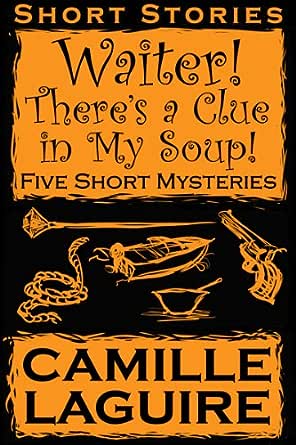 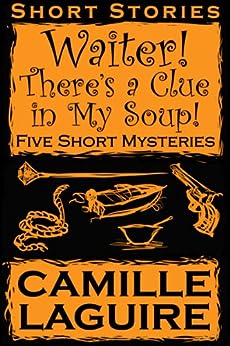 Wendy Wu
5つ星のうち4.0 Nice book.
2018年10月15日に英国でレビュー済み
Amazonで購入
Some stories better than others,I particularly liked the last two. All in all I would recommend this book for a quick read.
続きを読む
1人のお客様がこれが役に立ったと考えています
違反を報告
レビュー を日本語に翻訳する

Goldfinger
5つ星のうち4.0 Some good little stories
2019年3月13日に英国でレビュー済み
Amazonで購入
This is a very readable collection of short stories. Some work better than others but it's all a matter of personal taste. My favourite was Alibi.
続きを読む
違反を報告
レビュー を日本語に翻訳する

zagain
5つ星のうち2.0 Stories Are Hit Or Miss
2013年1月25日にアメリカ合衆国でレビュー済み
Amazonで購入
This collection of short stories contains five short mystery/revenge tales and a preview of another full novel from the author. The first story shares the title of the collection and focuses on two detectives having lunch while discussing a current case. It's a good start to the collection as it's well-written, well-paced, and has a satisfying end result. Following that, however, are stories which go a bit down hill in quality. The next two stories ("The Hoosegow Strangler" and "Trail of the Lonesome Stickpin") feature the author's Old West husband/wife duo of Mick and Casey. They both read as young adult fiction, which contrasts starkly with the first story in the collection, and don't really do a good job of introducing the characters or making the reader care about them. The second of these (Lonesome Stickpin) is a bit of a mess in terms of pacing and narration -- there are parts of the story that are simply difficult to follow and the storyline isn't interesting enough to justify re-reading sections to follow the specifics. While the first three stories are more closely aligned with the mystery genre, the final two are tales of revenge. The fourth story ("Alibi") makes another stark transition to a modern tale of a planned homicide. Although somewhat interesting, it's a very quick tale that likely could have been better fleshed out. The final story ("The Promise") transitions back to the Old West and features a story about a dysfunctional family. Overall, i would give it two stars. The major upside is the quality of the first story. The collection was freebie when I got it and was worth downloading for the title story -- the rest could be easily skipped.
続きを読む
違反を報告
レビュー を日本語に翻訳する
すべてのレビューを参照します
click to open popover
Amazonプライム会員ならお急ぎ便、日時指定便が使い放題
さらに、映画もTV番組も見放題。200万曲が聴き放題 。クラウドに好きなだけ写真も保存可能。
> プライムを無料で試す