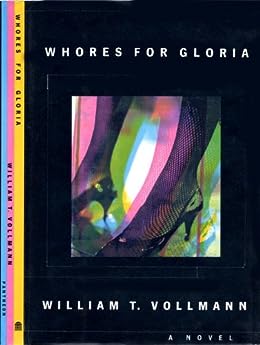 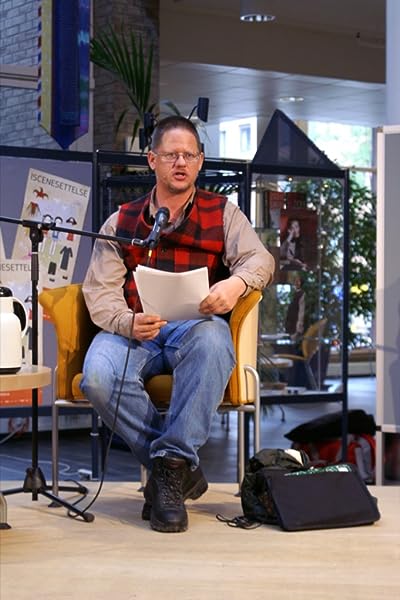 William T. Vollmann is the author of ten novels, including Europe Central, which won the National Book Award.  He has also written four collections of stories, including The Atlas, which won the PEN Center USA West Award for Fiction, a memoir, and six works of nonfiction, including Rising Up and Rising Down and Imperial, both of which were finalists for the National Book Critics Circle Award. He is the recipient of a Whiting Writers Award and the Strauss Living Award from the American Academy of Arts and Letters.  His journalism and fiction have been published in The New Yorker, Harpers, Esquire, Granta, and many other publications. --このテキストは、paperback版に関連付けられています。

Dallas Fawson
5つ星のうち4.0 Entertaining and even informative
2011年4月2日にアメリカ合衆国でレビュー済み
Amazonで購入
Whores for Gloria, like its author, takes time to grow on you. Vollman's writing style takes some getting used to, but once you read for a little while, you'll realize just how tight his prose is. His exploration of Jimmy's consciousness is haunting, and the way he rehashes the prostitute's stories and changes them to be about himself is interesting.

Another things that is interesting about this book is the ambiguity of Gloria's identity. Gloria is a woman, seemingly a prostitute that Jimmy claims to be married to. He thinks that by collecting stories and hair from other prostitutes he can somehow reconstruct her. The question is whether or not Gloria exists. I came to my own conclusions on that, and I'll let you do the same.

I liked that, at the end of the novella, Vollman included an actual account of his experiences with prostitutes, including a diagram of the average street prices for anything you could think of, as of the early 90's.

My only complaint about the book is that I wish it had gone more into Jimmy's consciousness. Despite that, it is a good way to introduce yourself to the author, simply because of how short it is.

This book is written in a way that reminds me A LOT of Zombie by Joyce Carol Oates, which explores the mind of a psychotic serial killer. I recommend reading that if you like this book, or the other way around.

Sal Paradise
5つ星のうち5.0 Another Dark Vollmann Novel
2016年7月16日にアメリカ合衆国でレビュー済み
Amazonで購入
I must say this novel was far less brutal in it's descriptions of street life than Vollmann's other works but it was not for the faint of heart. It was less complex in it's characterizations but still a decent read and easy to follow. There are times when you wonder just what in the world is the aim of the protagonist who ultimately pays a considerable price for his bizarre obsessions and his delusional living but I won't give too much away here. Another dystopian yarn from Vollmann, meant perhaps for fans only.
続きを読む
3人のお客様がこれが役に立ったと考えています
違反を報告
レビュー を日本語に翻訳する