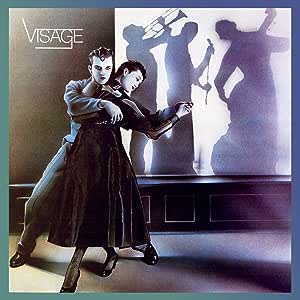 Jason W. Bellenger
5つ星のうち5.0 Incredible Sound Quality! 7 Bonus Tracks, Including 1981 EP!
2018年10月2日 - (Amazon.com)
形式: CD
Visage's debut album, originally released 1980 on Poyldor, has been reissued on CD a handful of times over the years, most recently in 2002 and 1997. The 2002 reissue featured no bonus tracks, and the 1997 reissue only featured one bonus track. Rubellan Remasters goes the extra mile by licensing 7 bonus tracks, including 12" dance mixes and b-sides from the era, from Universal Music, bringing the disc to near capacity with 78 minutes of total playing time!

The original 10-track album and the dance mix EP, originally released on Polydor in 1981, are represented here together on CD for the first time. This North American exclusive EP featured 3 non-album dance mixes ("We Move", "Frequency 7", and "Fade to Grey") and 2 album cuts ("Blocks on Blocks" and Tar"). The original album artwork and the U.S. alternate album artwork are presented as part of the booklet, and the EP artwork has been presented on the compact disc itself! The single covers are represented underneath liner notes by author Steve Pafford.

For the first time, we get the best-sounding versions of all these tracks, restored and digitally remastered from the original master tapes by Scott Davies at Rubellan Remasters in August 2018. Unlike most modern remasters, these tracks do not suffer from brick-walling, harshness, and distortion. They have been dynamically mastered, carefully tweaked to bring out a previous unheard warmth and natural quality. Simply put, the audio on this reissue is absolutely stunning! These tracks have never sounded this amazing, in my opinion.

Check out other Rubellan Remasters releases, too. They are all of the same high quality, offering incredible dynamic sound from the original masters.
続きを読む
11人のお客様がこれが役に立ったと考えています
レビュー を日本語に翻訳する

Michael 80
5つ星のうち5.0 Visage Expanded
2018年10月2日 - (Amazon.com)
形式: CD
At last we have it! A proper deluxe reissue of one of the most important albums of the new wave/new romantic era. Originally released in 1980 Visage's debut self titled album put them on top of the charts with it's iconic Fade To Grey hit single and their singer the androgynous Steve Strange. 38 years later it still sounds fresh and relevant as it did back then. The sound is excellent and well mastered by Scott Davies, whose work is impeccable when it comes to reissues. As a bonus this cd includes seven bonus tracks featuring 12" mixes and a couple of b sides. There's only a handful of these out there so grab copy while you can. Truly worth it!
続きを読む
6人のお客様がこれが役に立ったと考えています
レビュー を日本語に翻訳する

grunch
5つ星のうち5.0 PERFECT Remaster
2018年10月4日 - (Amazon.com)
形式: CD
The mastering on this CD is absolute perfect. This is exactly how it's done. The music industry should be looking at Rubellan Remasters if they want to get it right. This guy loves music, it's obvious. Every CD I've purchased as a Rubellan Remaster is exquisitely mastered. Too bad all reissues are not in his hands. Other labels, stand up and take notice. This is exactly what music lovers want. PERFECTION.
続きを読む
5人のお客様がこれが役に立ったと考えています
レビュー を日本語に翻訳する

SlimyboyDave
5つ星のうち5.0 A MUST HAVE NEW ROMANTIC CLASSIC
2019年4月24日 - (Amazon.com)
A MUST HAVE FOR ANYONE EXPLORING NEW ROMANTIC.
This album is a very important 1980 synthpop masterpiece. Responsible for the New Romantic Movement of the decade, this record is very unique and stands as a strong nostalgic album today. Steve Strange's vocals along with Dave, Midge Ure and Currie's synth hooks are like no other! Strange, Rusty Egan and John McGeoch are legends. The Blitz Kids have been a huge influence in my work. Brigitte Arens backup vocals in "Fade To Grey" are epic and totally give the song it's edge!
続きを読む