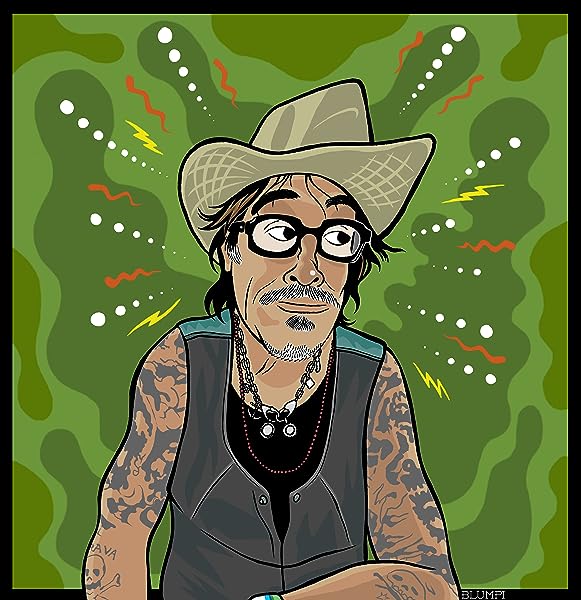 "Few have dipped so deeply or functioned so extensively in the cultural underbelly of our world than the notorious artist and adventurer, Jonathan Shaw." -Robert Williams

"Ranks with the best." -Johnny Depp

"A living example of human indestructibility that is hard to surpass." -Eugene Hutz (Gogol Bordello)

"Jonathan Shaw is an acknowledged master craftsman of the present era." -SECONDS

"Jonathan Shaw (is) a subversive and criminal inhabitant of the world of human expression." -Jim Jarmusch

''Jonathan Shaw is the great nightmare anti-hero of the new age.'' -Iggy Pop

"The images in the book, much like the bodies of those whose skin they adorned, read like a history of the cultural concerns of the time—from early nautical and military themes of patriotism and seafaring to the popular cartoon characters of a given era and our ever-shifting views on death, birth, and sex." —Esquire

"The pieces in Vintage Tattoo Flash come from the last century, but the highest concentration of work is from the 1900s to the 1960s. They represent much of the familiar iconography of American tattooing: ships, half-dressed women, birds of prey, panthers, daggers, roses, and, yes, hearts emblazoned with mom. What's fascinating to see, by leafing through Shaw's collection, is how the art form has evolved in the last hundred years. By the 1950s and '60s, the Sailor Jerry–esque American traditional designs begin to shift into different territory, influenced by other styles of tattooing: a touch of traditional Japanese here, a hint of realism there." —Men's Journal


As seen on:
The Guardian
Graphics
LA Weekly
Ponyboy Magazine

138
5つ星のうち5.0 A-MAZ-ING!
2020年8月22日に英国でレビュー済み
Amazonで購入
Highly recommend for any tattoo enthusiasts. The history in this book is unready and the digital scan quality of the book is 10/10.

Great for your traditional inspiration and if traditional tattooing isn't for you it is still an amazing coffee table piece.

N C.
5つ星のうち5.0 Beautiful book
2018年4月11日に英国でレビュー済み
Amazonで購入
Bought for my husband for birthday - we both love. Great flash but also interesting from the historical change over time in style and colour of trad tattoos.
続きを読む
違反を報告
レビュー を日本語に翻訳する

Beth
5つ星のうち5.0 Great Product
2017年1月19日に英国でレビュー済み
Amazonで購入
My dad is a tattoo artist and he was over the moon when he received this.
続きを読む
違反を報告
レビュー を日本語に翻訳する