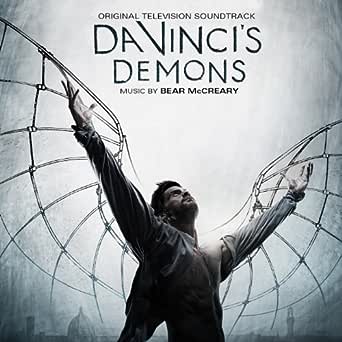 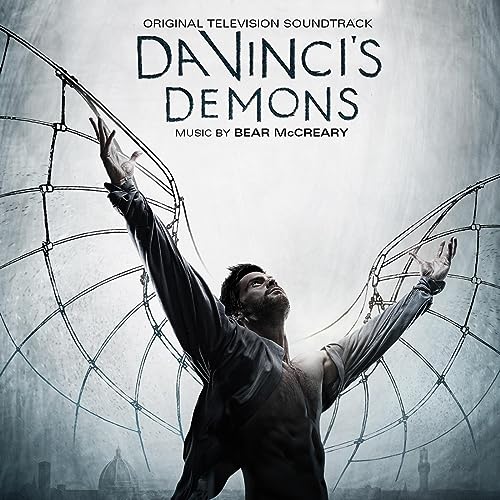 Korra Nomad
5つ星のうち5.0 Beautifully Romantic and Imaginative, as well as Brooding and Intense
2014年4月30日にアメリカ合衆国でレビュー済み
Amazonで購入
Bear McCreary made a name for himself years ago when he scored the critically acclaimed Battlestar Galactica reboot, using tribal instruments and foreign sounds to convey the deep meanings and intense space battles, even revisiting the same universe just in 2012 with the incredible Battlestar Galactica: Blood & Chrome. But, with Battlestar behind him, Bear has moved to shows like The Walking Dead, Agents of S.H.I.E.L.D, Black Sails, and Da Vinci's Demons. With Da Vinci's Demons, Bear uses a grand scope and epic-sounding orchestra, with almost no use of electronic and tribal sounds, but plenty of fluid choral tunes mixed with deep percussion and quick strings.

In the Main Theme, we hear the deep and fast-paced strings that make way for the building percussion, drums pounding in the deep recesses of the track that become more and more clear with every passing second. In the second track, "Assassination in Milan," we hear a male choral tune followed closely by an array of dark electric beating and a lone viola, showcasing the terror that befalls one lone soul. Then, in track three "The Glider," we hear the theme tune blend with a more vast array of strings and percussion sounds, that are a mix of drums, a tambourine and cymbals. This is as far as i will go with track analyses, for i figure you can find samples in the mp3 section, but i highly recommend the CD Collector's Edition, for it includes a full 28 extra minutes not included in the mp3 version, and those 28 minutes do make a difference for the better.

A must-own for fans of Bear McCreary, or those who love TV/movie scores. One of the better scores of 2013 and a must-have for any soundtrack/score collector. Bear McCreary is becoming the Hans Zimmer or heck, John Williams of television; he is that great.
続きを読む
1人のお客様がこれが役に立ったと考えています
違反を報告
レビュー を日本語に翻訳する