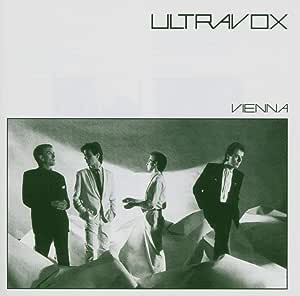 N. Butt
5つ星のうち5.0 A refreshed classic
2013年10月21日に英国でレビュー済み
Amazonで購入
I will admit to being biased as I grew up with the early 80s New Romantic music. I never subscribed to the theory that the synths did all the work. For me, you needed the song first, and these guys were always using the newest kit that needed an awful lot of work to produce anything worth listening to.
This album, above many others, captures the spirit of the time. It was not as pop orientated as many of its peers, it drew upon the mystery that was Europe in those early EU and communist ere days, and it bundled all that into a collection of songs that were full of edgy lyrics and sweeping synth fed rhythms. I was hooked when I first heard it and it has not dated. To me, that proves that behind the image, was real talent and songwriting. Oh, and that video. I can still remember the impact that Vienna had on my classmates. A black and white masterpiece, so high class, so atmospheric, these guys really knew how to do style.
This remastered version has really brightened up the album, which had always had its fair share of hiss and gremlins. Of course, synth pop was about precision and so the result has not taken anything away and has just allowed the music to be so much more transparent and forward. A fitting tribute to an old favourite.
続きを読む
4人のお客様がこれが役に立ったと考えています
役に立った
フィードバックを送信中...
フィードバックをお寄せいただきありがとうございます。
申し訳ありませんが、お客様の投票の記録に失敗しました。もう一度試してください。
違反を報告
レビュー を日本語に翻訳する

Nicholas Casley
5つ星のうち5.0 A New & Self-Confident Beginning
2013年2月4日に英国でレビュー済み
Amazonで購入
I was there in 1980 when `Vienna' was released, a fifteen-year-old spotty youth ready, willing, and able to enter into the world of the New Romantics; I know the album off by heart, every note and every drumbeat. Expectations and pretentions were met from the opening bar of the opening track, and that same track - `Astradyne' - declared a new and self-confident beginning for the group's new line-up.

The album's radically new techno-Romantic atmosphere is evinced in its classical pretentions. These are made manifest in most of the tracks; `Vienna' is the prime exemplar, of course, but witness too the end of `New Europeans' and its segue into `Private Lives', as well as the haunting tortured strings of `Mr. X'. The first two instrumental minutes of `Western Promise' likewise portray a powerful picture, and then there is that mighty segue into the title track itself.

This is a review of the remastered CD. Unlike the remastered versions by Island Records of the old line-up, Chrysalis Records have not included any lyric sheets, but the remastered sound is great, and any disappointment is mollified by the inclusion of a second fifty-two-minute disc of extras. These comprise b-sides, live songs, and different versions, but alas none of the album's title-track itself. Nevertheless, I feel no compulsion in awarding this package five stars.
続きを読む
3人のお客様がこれが役に立ったと考えています
役に立った
フィードバックを送信中...
フィードバックをお寄せいただきありがとうございます。
申し訳ありませんが、お客様の投票の記録に失敗しました。もう一度試してください。
違反を報告
レビュー を日本語に翻訳する

Barry Kilgannon
5つ星のうち5.0 a classic album
2015年1月28日に英国でレビュー済み
Amazonで購入
A cracking album from the early 1980s. This was there fourth album released and the first featuring midge ure replacing John Foxx. It was the band's first top 10 album success and was produced by the band along with conny plank the legendary German who pioneered the krautrock genre and previously worked with kraftwerk, David bowie and Brian eno.

The album reached number 3 and also produced two top 10 singles with Vienna (how did it not get number one) and all stood still. Also sleepwalking and passing strangers were singles but fared less.

Also you can hear conny influence particularly on new Europeans and astradyne. Both excellent tracks.

Rush Shukla
5つ星のうち5.0 This is the one to get!
2013年1月21日に英国でレビュー済み
Amazonで購入
Most people who grew up in the 80s remember Ultravox and their massive hit Vienna, the song and the album. It still sends a chill down my spine after all these years and is great to have here as a remastered edition. The album has been well and truly documented so i won't ramble on about it as the reviews here are sufficient. However if you are wondering whether to buy this package with the second cd, marked for further listening then the answer is GET IT NOW!

There are some splendid alternate takes like the immense Herr X sung in German which gives it an ever more eerie feel a la Krautrock. Waiting is an outtake and why they left it off the original perplexes me because it compliments the album so well with its gorgeous electronic pulses that really set the mood nicely. Passionate Reply also left off, why?, astounds me. Elsewhere there is a different and raw side to the band presented on the live cuts Face To Face and King's Lead Hat with its football terrace style drumming! Further live takes of Sleepwalk and All Stood Still are worth hearing just to appreciate what a great live band Ultravox were, are still.

Ok like a reviewer said most of these have already been officially released as b sides and rarities before but they've been streamlined down to compliment the album here and plays like an album, even the cassette recording of Keep Talking is a curiosity. If you have a proper HIFI (remember those things?) then play it loud and direct, the remastered sound is refreshing and clean, although similar to my vinyl copy if not as warm in tones. You are getting two great albums for one.
続きを読む
2人のお客様がこれが役に立ったと考えています
役に立った
フィードバックを送信中...
フィードバックをお寄せいただきありがとうございます。
申し訳ありませんが、お客様の投票の記録に失敗しました。もう一度試してください。
違反を報告
レビュー を日本語に翻訳する
その他の国際レビューを読み込む

shania
5つ星のうち5.0 finally
2012年4月20日に英国でレビュー済み
Amazonで購入
I've wanted this album for 32 years and only just got 'round to getting it. I move in and out of obsessions with different musical genres and over the past couple of years one that keeps resurfacing is german 70's electronica. Ultravox are often derided by my peers, and if one only took into consideration the later works such as "great adventure" and "if i was..." (not that bad, actually), it is possible to see why they are regarded as a bit naff. However, this album contains some real gems, and by revisiting it i understood why i was so passionate about it at the time. Prior to this, most contemporary music seemed, to a ten year old, to be a load of shouting and angry noise; this contains truly beautiful sounds. It is testament to the seriousness and dedication of the group that they were able to produce such stunning sound with such crude equipment (by today's standards, anyway) in an attempt to emulate and build on the work of their german forebearers. The solo in "sleepwalk" is sublime. I cannot, for the life of me, understand how such an important group languishes in such obscurity with the younger generation of my acquaintance, whereas they are thoroughly familiar with such lesser talents as spandau ballet and duran duran?!
続きを読む
5人のお客様がこれが役に立ったと考えています
役に立った
フィードバックを送信中...
フィードバックをお寄せいただきありがとうございます。
申し訳ありませんが、お客様の投票の記録に失敗しました。もう一度試してください。
違反を報告
レビュー を日本語に翻訳する

I love it when classics are treated like this. Reissued on heavyweight white vinyl with a bonus 7" single of two live rehearsal tracks this is such a beautiful presentation of one of the iconic albums from the 80's. The cover is also nicely printed on textured cardboard and the record has been sent in its own seperate inner sleeve. The original lyric insert has also been included. A very nice release.
続きを読む
5人のお客様がこれが役に立ったと考えています
役に立った
フィードバックを送信中...
フィードバックをお寄せいただきありがとうございます。
申し訳ありませんが、お客様の投票の記録に失敗しました。もう一度試してください。
違反を報告
レビュー を日本語に翻訳する

darren
5つ星のうち5.0 Great stuff.
2019年10月13日に英国でレビュー済み
Amazonで購入
I loved every part of this album. I first bought this in the early 80's (Think I still have it). Bought it because of Vienna but never heard any of the other tracks, fell in love with Astradyne right away and gradually loved the rest. Great album well worth the price. I liked the 2nd as well with some items I have never heard before.
続きを読む
役に立った
フィードバックを送信中...
フィードバックをお寄せいただきありがとうございます。
申し訳ありませんが、お客様の投票の記録に失敗しました。もう一度試してください。
違反を報告
レビュー を日本語に翻訳する

Richard Tandy
5つ星のうち5.0 Brilliant album with Midge Ure
2015年10月19日に英国でレビュー済み
Amazonで購入
Brilliant album with Midge Ure. Very different from the Ultravox of John Foxx. Possibly a bit more polished and commercial, but at least they have not tried to copy what went before. I always liked the John Foxx incarnation of Ultravox,so it was great to see the band had moved on but still found this album excellent with obviously the outstanding track being Vienna, but love the opening track Astrydyne a great instrumental opener.
続きを読む
1人のお客様がこれが役に立ったと考えています
役に立った
フィードバックを送信中...
フィードバックをお寄せいただきありがとうございます。
申し訳ありませんが、お客様の投票の記録に失敗しました。もう一度試してください。
違反を報告
レビュー を日本語に翻訳する

David Baker
5つ星のうち4.0 Turning Back The Clock
2013年4月5日に英国でレビュー済み
Amazonで購入
Bought the Vienna Definative Edition, due to all the extras...............Boy, was'nt dissapointed at all, as I loved this album way back when and was brilliant to her it all again after so many years. The songs in my opinion, still sound so fresh and really bought this initially for the opener Astradyne! Private Lives and Mr X are my stand out tracks............Great album/great Entertainment all the way through.........Will no doubt go on to prurchase Rage In Eden now!
続きを読む
役に立った
フィードバックを送信中...
フィードバックをお寄せいただきありがとうございます。
申し訳ありませんが、お客様の投票の記録に失敗しました。もう一度試してください。
違反を報告
レビュー を日本語に翻訳する
その他の国際レビューを読み込む