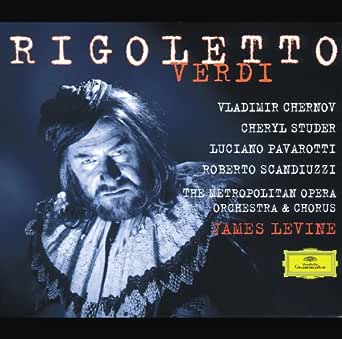 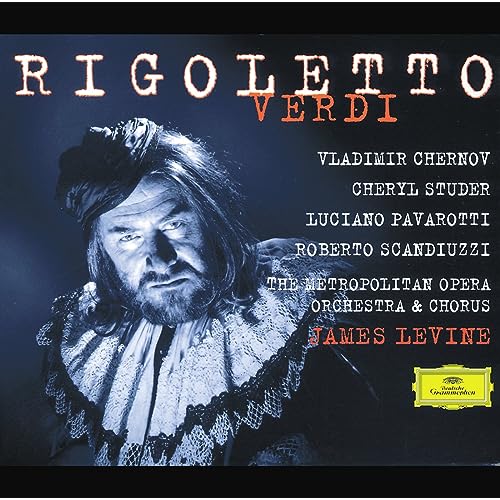 Penperlleni
5つ星のうち4.0 Funiculi funicula
2019年11月13日に英国でレビュー済み
Amazonで購入
Glyndebourne put on Rigoletto this autumn and I shall also be seeing the WNO effort so I bought a lot of CD versions in anticipation as they were very cheap on Amazon marketplace. It was not until I had about 20 versions that I realised that one I had firmly rejected as being unlikely had in fact been number one choice by BBC Record Review. Sadly it was over £8, a lot more than I had been paying per set, but I stumped up the money. That one is this Levine Met version. I go along with the review in that this is as exciting as you expect a live version to be. But I see I am not alone in identifying two rather controversial pieces of casting. Cheryl Studer has too large a voice for Gilda although she does a remarkable job of paring it down most of the time. The lost star comes from Luciano who, by the age of 58 could still sing a mean Funiculi funicula but ask him to sing a steady line and he was stumped. All those awkward bulges are not pleasant to hear although the sound of the voice is wonderfully preserved.
There are five Pavarotti versions and I have them all. Forget the earliest live one on Butterfly Music. My choice would be between the Decca with Sutherland or, to my ears even better, the Boxing Day 1967 concert superbly preserved by Frequenz. That has a dream cast all utterly suited to their roles. Cappuccilli is one of my favourite Rigolettos. And it is still available cheaply.

Mr. R. Farrell
5つ星のうち3.0 Late
2013年8月12日に英国でレビュー済み
Amazonで購入
I was disappointed by the singing of Cheryl Studer as Gilda. Her voice is thin and tremulous to my ears. The rest of the cast are excellent and the orchestral playing and chorus are thrilling.

The delivery was late but to be fair to the seller they e-mailed me about 5 days before the delivery deadline to say that they thought there had been a hold up at the importing airport and would send another, which they did.

Robert B. Lamm
5つ星のうち4.0 As Good As It's Likely to Get
2013年8月14日にアメリカ合衆国でレビュー済み
Amazonで購入
A confession: this is not my favorite opera, or even close to it. That said, I've listened to a bunch of other recordings over the years, and none of them has appealed to me quite as much as this one. Callas may be the most dramatic, but on the recording she just doesn't do it for me. And I can't abide Joan Sutherland 99% of the time - and certainly not in this role. I thought perhaps the old recording with two of my favorite male singers - Robert Merrill and Jussi Bjorling - would do it, but for the first time I wasn't whelmed by Robert Merrill (too much of the snarly nasty Rigoletto) or by Bjorling (frankly, too refined to be a lech); also, the style of the recording - i.e., the melodramatic organ-grinder approach - made the whole thing seem silly.

So I decided to try this one. One of the other reviewers was right - Pavarotti sounds not just tired but exhausted; his "Questa o quella" is hardly the exuberant crowing of a young rooster that it usually is and maybe is supposed to be. "La donna e mobile" isn't a whole lot better. On the other hand, I'd be tired after all that cavorting, so I decided that maybe it wasn't as bad as I initially thought; in fact, I warmed to it a bit. And Pavarotti was never my favorite anyway, so I can live with it. What really sold me on this recording, however, was James Levine's brilliant conducting, which has plenty of drama but not the hackneyed version of Jonel Perlea, and Vladimir Chernov's Rigoletto and Cheryl Studer's Gilda, in that order (except during their duets, in which they both shine). Levine is just tops. And, as another reviewer noted, Chernov sings the title role rather than snarls it, and thereby makes the opera more of a tragedy than it seems when the angry approach prevails. Studer may not have been the ideal Gilda, but does anyone really love the tweety-bird approach to the role? Normally, when I hear all those trills and absurdly high notes I think of Offfenbach's brilliant parody of the coloratura aria in "La Chanson d'Olympia" in "Tales of Hoffman." Not this time. And the relationship between Gilda and her father seems genuine in this recording.

There may be a perfect recording of "Rigoletto" out there somewhere, but given my views of the work, this one seems good enough for me. One star off for Pavarotti, but four stars ain't so bad.

C. Swisher
5つ星のうち5.0 Lush beautiful recording
2013年12月24日にアメリカ合衆国でレビュー済み
Amazonで購入
This is the best recording of Rigoletto I have heard. Chernov brings the title character to life with his lush baritone. Pavarotti is in fine form. Already have this, am ordering a second for a Christmas present.
続きを読む
役に立った
フィードバックを送信中...
フィードバックをお寄せいただきありがとうございます。
申し訳ありませんが、お客様の投票の記録に失敗しました。もう一度試してください。
違反を報告
レビュー を日本語に翻訳する