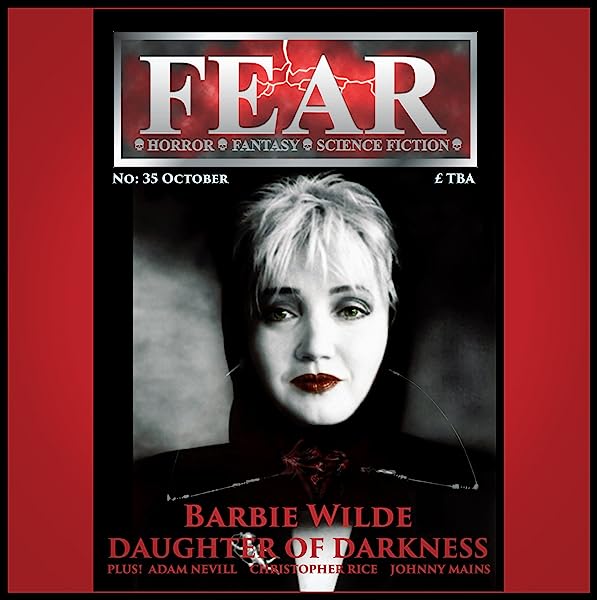 This story is told in a series of journal entries, some detailing his crimes and the preparation involved, some just rants at the world in general (and you'll probably find yourself nodding in agreement here!) It all starts with a confession of infidelity from his wife and him driving purposefully into a tree - killing her (as planned) and badly injuring himself. He is clever enough to make it seem like an accident and this leaves him financially comfortable enough to have the time and money to indulge in his new hobby - serial murder.

Seen through the eyes of Friday he is transforming the victims from ordinary women to Goddesses, arranging the bodies in the pose of various art works based on the Goddess Venus. I will say, the murders involve a goodly amount of quite graphic sex but it is that well written that it doesn't feel gratuitous. It is all part of Michael Friday's mindset, an often disturbed mindset, granted, but one that will have you turning page after page.

So, a disturbing horror novel but an engaging read - 5 stars

Rachel Bridgeman
5つ星のうち5.0 An accomplished debut from a lady who knows her stuff!
2013年12月28日に英国でレビュー済み
Amazonで購入
I must admit to being trepidatious about reading this book, since having children I don't seem to have the stomach for horror like I used to but having been priveleged to meet several cast members, online and in person, I wanted to give this a try. First of all, it is well written, well plotted and takes the form of diary entries, written by Dr Michael Friday, a previosuly respected art teacher/historian who has suffered a car accidewnt which killed his wife. It quickly becomes apparent The Accident was a catalyst for long buried feelings about the female gender. Yes, it has swearing in it, yes it has scenes of a sexual nature and bondage in it and the main character fantasises about being a serial killer. However,this is merely skimming the surface, what is underneath is a brutal assault on the nature of modern, Western society, its priorities, how it idolises and elevates those who have done nothing and the nature of sex and death as the last remaining taboos. It is not an easy book to read, the confessional tone of the diary enties convey a voyeuristic quality to the narrative, he is confessing to you, the reader and by the end, you feel like an accomplice. Having been a fan of Barbie's shorter work this does not disappoint at a longer, more fleshed out length and what is accomplished is a highly individual piece of work where you forget this is the inner dialogue of a man written extremely convincingly by a woman.The paintings refernced in the book can be found online and add a further dimension to the reading experience.
続きを読む
役に立った
フィードバックを送信中...
フィードバックをお寄せいただきありがとうございます。
申し訳ありませんが、お客様の投票の記録に失敗しました。もう一度試してください。
違反を報告
レビュー を日本語に翻訳する

Dai_B
5つ星のうち5.0 A new twist.
2014年12月14日に英国でレビュー済み
Amazonで購入
This is the first book I've read by Wilde and I cannot recommend it enough. The Venus Complex is concerned with courtship and, ultimately, love, which, on the surface, may not sound overly original. However, in this instance, the would be Romeo just happens to be a sociopathic serial killer who uses the career of Ted Bundy as his guide in matters of the heart and, let's face it, as role models go, that's not the greatest choice. Then again, nothing here is ordinary and that is arguably what makes this book so chilling. The story unfolds as a first person account taken from the pages of a killer's journal and the horror of his actions is told with a matter-of-fact detachment that actually serves to magnify their awfulness far more than lurid descriptions ever could. There is no hint of empathy or guilt, only the anger of rejection and the fear of capture. Wilde gives an entirely plausible insight into the mind of a very bad man, one that got under my skin as a reader and she manages to explore familiar themes from a point-of-view that is different and yet utterly convincing. This is a genuinely original take and I defy you not to be creeped out by it.
続きを読む
役に立った
フィードバックを送信中...
フィードバックをお寄せいただきありがとうございます。
申し訳ありませんが、お客様の投票の記録に失敗しました。もう一度試してください。
違反を報告
レビュー を日本語に翻訳する

Chris Ward
5つ星のうち5.0 A Scary Trip Through The Mind Of A Serial Killer
2013年6月19日に英国でレビュー済み
Amazonで購入
Possibly best known amongst genre fans as the Female Cenobite from Hellbound: Hellraiser II, it comes as no surprise that Barbie Wilde knows a thing or two about what makes for a chilling story. And what makes The Venus Complex so chilling is that it taps deep into the psyche of a serial killer in a way that is relatable, not that we're all serial killers, but by detailing the everyday emotions the main character experiences that go beyond mere thoughts inside his head and turn into murderous rage.

There was obviously a lot of research that went into detailing the everyday life of a psychopath and told in diary form the story doesn't get bogged down in extraneous details, instead only giving the reader the bare bones narrative that keeps the story flowing. Gruesomely graphic and sexually explicit, The Venus Complex is the very definition of a page-turner (or a button-pusher if you're reading it on a Kindle) and I, for one, am very much looking forward to what Ms. Wilde comes up with next. Highly recommended.
続きを読む
役に立った
フィードバックを送信中...
フィードバックをお寄せいただきありがとうございます。
申し訳ありませんが、お客様の投票の記録に失敗しました。もう一度試してください。
違反を報告
レビュー を日本語に翻訳する
その他の国際レビューを読み込む

Laura Burt
5つ星のうち5.0 Top Notch
2014年10月5日に英国でレビュー済み
Amazonで購入
A fabulous book on all counts!
I found myself nodding in agreement with this man at times, other times appaled by his behaviour following his oh-so-easy descent into madness, and I must admit more than a few moments when I laughed out loud at his musings in his ever more demented mind.
I didn't really know what to expect, and I'm glad I went in blind as it was beyond anything I have ever read.
I'm not even sure how I can classify this book, being both a Thriller and a Horror in equal measure.
Very well done to the author, showing she's much more than a pretty face!
I hope to read more in the future, possibly even following the Professor in his new journey....
続きを読む
役に立った
フィードバックを送信中...
フィードバックをお寄せいただきありがとうございます。
申し訳ありませんが、お客様の投票の記録に失敗しました。もう一度試してください。
違反を報告
レビュー を日本語に翻訳する

David Hanson
5つ星のうち5.0 Wilde this book sure is !
2014年6月2日に英国でレビュー済み
Amazonで購入
Not sure where to start, I don't normally write reviews. if you are looking at this and thinking SI-FI this is most defiantly not.
It is also not a horror story in the way of Hellraiser.
What you have is the story of a man descend into a cold and calculated killer, I will not give to much away but some of his dreams or are they nightmares WOW but you think ' I have had dreams like them ' so I must be a bit mad or am I.
Not a book for children and something I have come across before, but most certainly needs a follow up.
Thank Barbie for the introduction to a new type of fiction ( or is it )
.
続きを読む
役に立った
フィードバックを送信中...
フィードバックをお寄せいただきありがとうございます。
申し訳ありませんが、お客様の投票の記録に失敗しました。もう一度試してください。
違反を報告
レビュー を日本語に翻訳する

David Mutch
5つ星のうち5.0 Sickeningly Brilliant
2013年2月15日に英国でレビュー済み
Amazonで購入
There are few books that grip you in a stranglehold from the first few pages and grasp ever tighter to its conclusion.

The Venus Complex achieves this up to the final breath on the final page.

Barbie Wilde does a brilliant job creating a character in the first person with such immediacy, we begin to wonder if we're all a bit like Michael Friday. Leaving us to wonder if we ourselves, have a trigger that could spawn our genesis of depravity.
A modern narrative that, like true horror, makes you feel uncomforatble, dirty, but excited all at the same time!
That's what I believe true horror is meant to do.

I immensely enjoyed Sister Cilice, (Hellbound Hearts Anthology) Barbie's origin story of the female cenobite, then eagerly delving into this erotically wicked jem. I can honestly say, that Barbie Wilde is a force of literary brilliance, gaining high speed of notoriety in the horror genre!

Scott Moyer
5つ星のうち5.0 Incredible story from an incredible author!
2015年3月8日にカナダでレビュー済み
Amazonで購入
One of the most riveting books I've read in a long time... I literally couldn't put it down.
Barbie Wilde has an incredible ability to keep the reader engaged and she is a supremely talented writer.
I am delighted to have discovered such a gifted author and such a fantastic novel!
I look forward to her future works.
You may already know her as an actor or singer or presenter or by one of the many other hats that she wears but do yourself a favour and discover her as a writer!
The book takes you into the mind of a serial killer and you see and feel the world through his eyes.
It's a very interesting approach to the story and you may not agree with his actions but you certainly won't be able to look away!
As my friend who recommended the book to me said... "it makes American Psycho look like a walk in the park".
続きを読む
役に立った
フィードバックを送信中...
フィードバックをお寄せいただきありがとうございます。
申し訳ありませんが、お客様の投票の記録に失敗しました。もう一度試してください。
違反を報告
レビュー を日本語に翻訳する