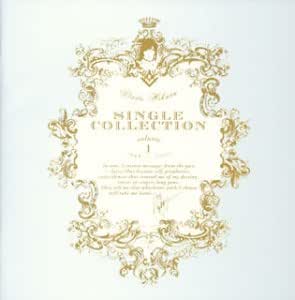 Dallas E. White
5つ星のうち4.0 Love it
2016年8月25日にアメリカ合衆国でレビュー済み
Amazonで購入
Even though I don't understand what she's saying, I liked it enough to buy it twice. There were more good songs on it than I expected not just her four or five really big hits. The only songs on it that I dislike are Addicted To You and Time Will Tell.
続きを読む
1人のお客様がこれが役に立ったと考えています
違反を報告
レビュー を日本語に翻訳する

Felicia Welton
5つ星のうち5.0 What Utada did in Japan
2005年11月8日にアメリカ合衆国でレビュー済み
Amazonで購入
I first heard Utada Hikaru sing on the commercials for the video game Kingdom Hearts. I was immediately hooked to her voice and did all I could to get copies of both versions of Simple and Clean. When I heard she had a English language album I bought it instantly and loved it.

Latter I was interested in what this "Jpop" queen had done in Japan so I bought this album. I was not disappointed. There is a "Pop" feel to much of this album but it's so different that it won't seem tired. Her songs are done primarily in Japanese but she throws a line or two in here and there that's English (and almost all the track titles are in English too). Her voice is just magical, the woman can sing! You can really feel the energy of the songs even without know exactly what she is saying.

I recommend this CD if you have heard Utada sing before. If you are interested in Utada but don't know Japanese, buy her Exodus album first to see if you like her.

Warning: this CD will make you want to learn Japanese, her voice is just that good.

Vikki Y
5つ星のうち5.0 Fantastic Collection
2009年4月3日にアメリカ合衆国でレビュー済み
Amazonで購入
I don't own any of Hikaru-san's earlier albums so this Single Collection is a fantastic album for me to fulfill my role of being a Hikki fan. Contains all her awesome hits that took the Japanese music scene by storm. I would recommend this album to all people who are starting or already a fan of Utada Hikaru.
続きを読む
1人のお客様がこれが役に立ったと考えています
違反を報告
レビュー を日本語に翻訳する