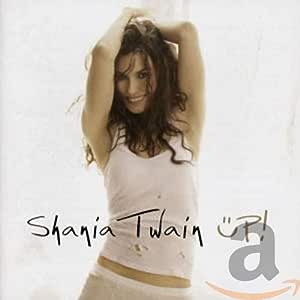 This International version of this smash hit album contains the regular (red) pop mixes on disc one, plus the exclusive world/rhythmic sound mixes (blue) on disc two. The blue disc is exclusive to this version and is not scheduled to be released in the USA. Mercury. 2002.

What also has the same DVD-AUDIO has come out. From SACD, sound has the heart and is thick. DVD-AUDIO of the people with a multi-player may be better.
続きを読む
3人のお客様がこれが役に立ったと考えています
役に立った
違反を報告
レビュー を日本語に翻訳する

S. Lornie
5つ星のうち5.0 Fantastic Pop Records
2018年6月29日に英国でレビュー済み
Amazonで購入
I think it is safe to assume that any one who has ever been in contact knows who Shania Twain is. The Country/Pop singer is known for some extremely well known hit singles. Her 1997 hit album Come On Over spawned the terrific pop song “Man! I Feel Like A Woman!” and “That Don’t Impress Me Much“. Played every day for years on the radio and television (when MTV played music), these two singles were in constant circulation for so long that any one who has one of those two devices has likely heard these songs at least once.

So the follow up album Up!, picks up where Come On Over left off. Shedding more of the Country sound and focusing heavily on the Pop elements. This is not a bad thing at all as we all know by now, this lass can write a hell of a catchy song. Sitting at a whopping 73 minutes long and 19 tracks, it is easy to say that this album is a little over whelming. The album length would normally doom such an album into obscurity but the way this album was organised helps benefit from such a long length. Up! plays more like a large compilation rather than a standard album. Lots of different style from Pop, Country, Balladry and some Def Leppard(ish) Rock tunes. There are a lot of notable tracks and a few duds. But considering the quality of tracks such as, “Up!” “I’m Gonna Get You Good!” “Ka-Ching” and “What A Way To Wanna Be” you cannot argue against 3 bad songs.

The album was produced by the legendary producer Mutt Lange. Well known for his work with AC/DC on their huge Back In Black album and making a critical chart success out of Sheffield’s own Def Leppard. His trademark sound really make their way into this album. The later half of the album fairly rocks up and has a lot of similarities with Hysteria era Def Leppard. Thunderous drums, guitar hooks and great catchy vocals are the name of the game here.

The album was released with three different styles. There was Pop version (Red), a Country version (Green) and an International version (Blue). The two had subtle differences but not too much to make it a worthy purchase. The country edition simply adds a little extra twang to the songs. However, the International version completely reworks the music for 90% of the songs. The best way to describe this would be, a little bit more Indian in flavour. The album is bombarded with lots of foreign drum rhythms and other “Bollywood” sounds. Now that just sounds terrible, it really does. However I really enjoyed this version of the album for it’s complete contrast to the original. It’s upbeat, quite bouncy and really livens the mood. I would say it is definitely not for the narrow minded.

Up! is a great Pop album. You certainly can’t complain when you consider there is barely a bad song through out the 19 tracks. A cheap buy these days and worth every penny.

scorpiomoviebuff
5つ星のうち5.0 Shania at her best
2017年12月12日に英国でレビュー済み
Amazonで購入
This is my favourite Shania Twain album! I was very excited to find out it was pressed on vinyl. I got the Europe version, a double heavyweight 180 gram bright red coloured vinyl in gatefold packaging with lyrics in the gatefold. The paper sleeves have a protective lining inside to prevent scratches, which is pretty unusual to come as standard. Often found in premium collector releases.
A reasonable price for a well pressed, polished release.
Sound quality is superb and there is no surface noise. Would 100% recommend for any fan.
Just have to stress one more time, this is a review for the Europe pressing NOT the US pressing. The US pressing is not even a heavyweight pressing and the sound quality is reportedly mediocre for a vinyl release. Steer clear. Look for the one 'Made in the EU'
続きを読む
2人のお客様がこれが役に立ったと考えています
違反を報告
レビュー を日本語に翻訳する

adrian fones
5つ星のうち5.0 Fantastic album
2020年9月27日に英国でレビュー済み
Amazonで購入
I own every cd of Shania Twain (sad) but the vinyl version knocks spots of the cd much more background detail to be heard bass is rock solid and a fantastic sound stage the engineer must have put his heart and soul into this recording fantastic album.
続きを読む
違反を報告
レビュー を日本語に翻訳する

THOMAS NEWBON
5つ星のうち5.0 my all time favorite shania album ever
2016年1月27日に英国でレビュー済み
Amazonで購入
my all time favorite shania album ever! (As Come On Over being close second.) UP! holds childhood memories to me especially the song KA-CHING! so like with every song its a 5/5 or a 10/10 great stand up album from only being her fourth album to date so far but im very excited to hear what new stuff she will bring hopefully in 2016 :D happy purchase anyways and still one of my fav female artists :)
続きを読む
違反を報告
レビュー を日本語に翻訳する
すべてのレビューを参照します
Amazonプライム会員ならお急ぎ便、日時指定便が使い放題
さらに、映画もTV番組も見放題。200万曲が聴き放題 。クラウドに好きなだけ写真も保存可能。
> プライムを無料で試す