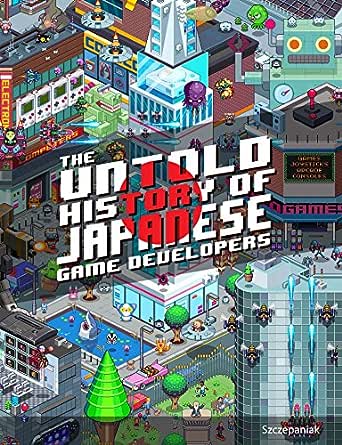 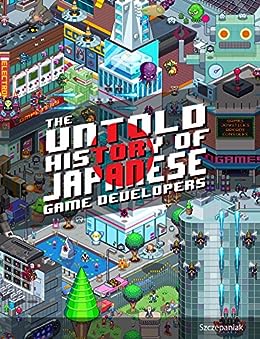 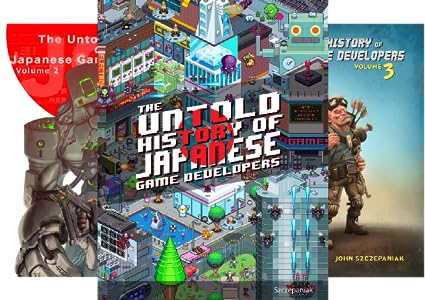 Richard Moore
5つ星のうち5.0 A joy to read
2014年12月12日に英国でレビュー済み
Amazonで購入
Anybody into retro gaming or interested in the history of gaming will probably be aware that Western developers and their stories - while not being 100% documented - are a lot more recorded for us to read today. Japanese development on the other hand is not so. We may think we know 'the facts' about some of the popular companies and well-known faces but there is so much more history, stories and secrets that have been left uncovered thanks to either language barriers or the Japanese culture of developers not necessarily always seeking the limelight for their work.

This book aims to get at some of these stories and record them for the history of our hobby before it's too late. Many classic developers have sadly already passed on in recent years without ever being properly interviewed so Szczepaniak's quest to act now before it's too late is admirable and translates into an excellent book.

The book itself is huge at 526 pages and while the insight and facts from those interviewed are fascinating on their own, it's also the excellent informal style of interview that makes the book so great to read. You get a real sense of the Japanese culture, how the industry was in the past and so much more from reading about what these people have to say. Chances are, you will also recognise games and publishers/developers along the way and learn new things while simply enjoying the flow of the conversations within the interviews.

To sum up, I found this book a real page-turner and I'm just glad that somebody made it their mission to preserve a part of history that we as gamers take for granted. I would recommend this book to anybody with an interest in retro games, Japanese games/culture or the history of gaming and hope that as many people as possible support this for the sake of further volumes.
続きを読む
3人のお客様がこれが役に立ったと考えています
違反を報告
レビュー を日本語に翻訳する