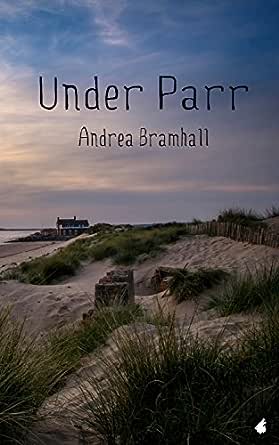 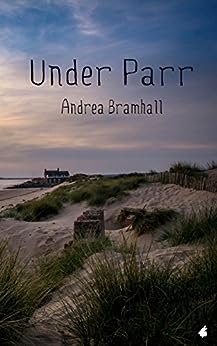 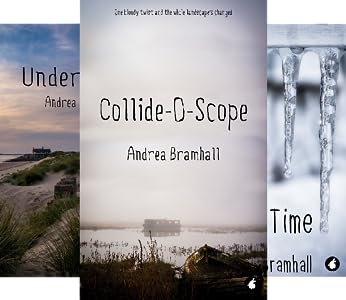 December 5th, 2013 left its mark on the North Norfolk Coast in more ways than one. A tidal surge and storm swept millennia-old cliff faces into the sea and flooded homes and businesses up and down the coast. It also buried a secret in the WWII bunker hiding under the golf course at Brancaster. A secret kept for years, until it falls squarely into the lap of Detective Sergeant Kate Brannon and her fellow officers.

A skeleton, deep inside the bunker.

How did it get there? Who was he…or she? How did the stranger die—in a tragic accident or something more sinister? Well, that’s Kate’s job to find out.

Andrea Bramhall wrote her first novel at the age of six and three-quarters. It was seven pages long and held together with a pink ribbon. Her Gran still has it in the attic. Since then she has progressed a little bit and now has a number of published works held together with glue, not ribbons, an Alice B. Lavender certificate, a Lambda Literary award, and a Golden Crown award cluttering up her book shelves. She studied music and all things arty at Manchester Metropolitan University, graduating in 2002 with a BA in contemporary arts. She is certain it will prove useful someday...maybe. When she isn't busy running a campsite in the Lake District, Bramhall can be found hunched over her laptop scribbling down the stories that won't let her sleep. She can also be found reading, walking the dogs up mountains while taking a few thousand photos, scuba diving while taking a few thousand photos, swimming, kayaking, playing the saxophone, or cycling.

susan
5つ星のうち5.0 Omg
2017年5月24日 - (Amazon.com)
Amazonで購入
I really hope there is a book three in the works. I know this one just came out. I have to know who is sending Gina flowers...and what happens with her mother. Also have to know what happens with Kate. I love this series and definitely recommend it.
続きを読む
3人のお客様がこれが役に立ったと考えています
レビュー を日本語に翻訳する

Countrygirl
5つ星のうち5.0 Love this series
2017年8月24日 - (Amazon.com)
Amazonで購入
Love, love love this series! It is really well written with lots of good plot twists regarding the mystery. You also have and underlying lesbian relationship that is not necessarily the focal point of the book, but still a very important part. I love watching these characters develop through the series and how realistic their reactions to trauma are. I finished this second book last night and can not wait for the next book as this one leaves you hanging a little about what is going to happen with this couple.
続きを読む
レビュー を日本語に翻訳する

Margaret
5つ星のうち5.0 I loved this book.
2017年6月23日 - (Amazon.com)
Amazonで購入
I loved Under Parr. Excellent book. Love the character of Det. Kate Brannon and her growing relationship with Gina and Sammy. There has to be another book in the series. We need to find out who sent the yellow roses to Gina.
続きを読む
1人のお客様がこれが役に立ったと考えています
レビュー を日本語に翻訳する