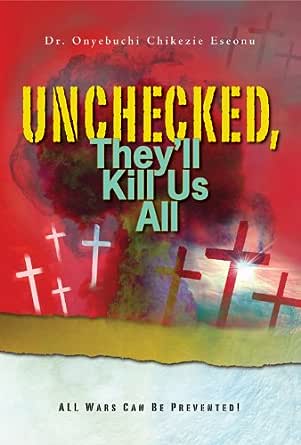 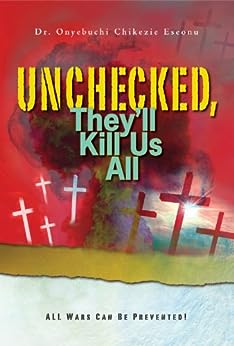 Unchecked, They'll Kill Us All: All Wars Can Be Prevented (English Edition) Kindle版

Onyebuchi Chikezie Eseonu, a medical doctor since 1978, experienced the profound effects of a major armed conflict during his late teenage years, between 1967 and 1970. More than three million lives were lost, including those of some members of his family.


The years since his painful experiences have been spent in an almost continuous inquest aimed at identifying the root cause of all wars, if any single cause exists. If discovered and eliminated in every instance, then it would be possible to prevent all wars and their grim consequences.


Dr. Eseonu's professional training as a medical doctor between 1972 and 1978 also enhanced his ability to identify the origins of potential problems and devise methods of prevention.


With wars, preventing the deaths and associated injuries, and eliminating the consequent socio-cultural devastations, would reassert the following basic medical principle: to prevent any injury, disease, or problem is always more beneficial than any efforts directed at treating them when established.


The author is also an obstetrician and gynecological surgeon in the United Kingdom where he lives with his wife Patricia, also a medical doctor, and their four children.