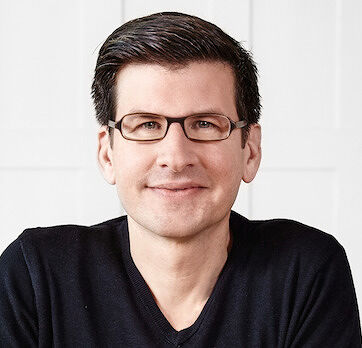 Dominik Imseng received a M.A. in Philosophy, German Literature and History of Art from the University of Zurich. He works as a copywriter and journalist in Switzerland and regularly interviews advertising greats. Dominik has never owned a Volkswagen Beetle. In fact, he doesn’t even know how to drive.
１分以内にKindleで Ugly Is Only Skin-Deep をお読みいただけます。

a Punter
5つ星のうち4.0 Gem of a read.
2019年12月17日に英国でレビュー済み
Amazonで購入
If you're interested in advertising, marketing, communications or Mad Men, I'd give this a go.

Shortish, readable account of how advertising fundamentally changed in the late 1950s when the agency Doyle Dane Bernbach gained VW as a client. They were given the opportunity to sell the Beetle to the American public. This marked a key milestone for every growing agency on Madison Avenue, they had landed a car account. The problem was that this was supposed to be an iconic, American (Detroit based) brand, something like a GM or Ford.

Bill Bernbach had already defied advertising convention by bringing copywriters and graphic designers into the same team to collaborate and co-produce. This then was the basis of how they produced creative ideas that not only changed advertising but (as the title of the book suggests) possibly changed the world. That's a big claim and one that I was sceptical about at the start of the book, but there might be some truth to it. At the very least they tapped into the zeitgeist and felt the growing discontentment with consumerism that was to express itself through the beat generation and then on into the cultural earthquake of the 1960s.

Informative read that takes us through some of the most iconic advertising ever created; advertising that made a small, foreign, noisy, ugly, cheap (not to mention Nazi inspired) car into one of the best selling cars America has ever seen.
続きを読む
違反を報告
レビュー を日本語に翻訳する

Parvez Sheik Fareed
5つ星のうち5.0 A book that every advertising creative should read.
2016年11月3日にドイツでレビュー済み
Amazonで購入
This is a terrific book that should be read by anyone in advertising, particularly by creatives who are chasing awards but have forgotten what advertising is actually about. Not only does this book show the brilliance of DDB’s attitude and creative doing, it also points out one thing that is often ignored: times are never great, and if you want to change something, just bloody do it. A lot of the problems Bill Bernbach saw in advertising aren’t that different today. So hopefully this book serves as a reminder for advertising people who are fed up with the current state of advertising: quit moaning and be the change you wish to see.
続きを読む
1人のお客様がこれが役に立ったと考えています
違反を報告
レビュー を日本語に翻訳する