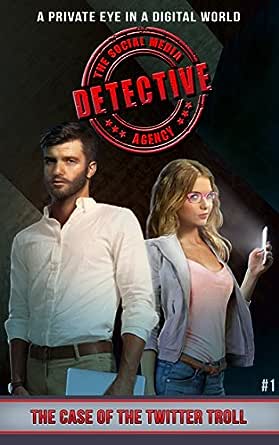 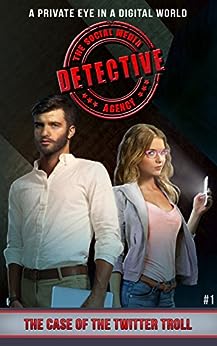 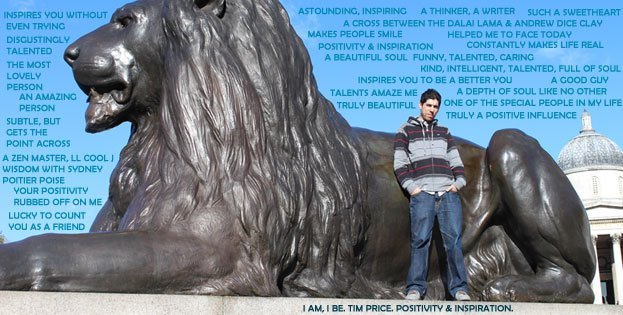 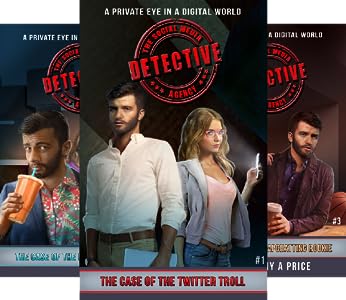 “You got kids out here committing cybercrimes, and we got detectives out there walking the beat. The beat is the internet these days.”

Meet Kyle King – a thirty-something cop who has already accumulated the bitterness of a retiree and spends most shifts lapping the streets of Fullerton, California, with 90s hip hop as his siren song.

Sick of having his own hands cuffed by the rigidness of traditional law enforcement, Kyle yearns to pursue the next generation of criminals who are making a mockery of the police force and running amok in cyberspace.

The keyboard warriors have had free reign of the virtual world for too long without any accountability – until now.

Kyle turns in his badge and together with Ally – his unbearably attractive sidekick - they open their own Social Media Detective Agency with a mission to crack cases wide open in 140 characters or less.

But when a celebrity engages their services to track down a troll whose slanderous online comments threaten to destroy their reputation, Kyle and Ally have their work cut out for them.

But who is the mystery troll and why are they spreading their hate-filled messages anonymously behind a computer screen?

m.boyea
5つ星のうち3.0 Good book
2017年4月18日 - (Amazon.com)
Amazonで購入
I received a copy of this book for free in exchange for an honest review.

This book was a quick and easy read. While the story wasn't super sophisticated, it has a great storyline and plot line. I would have liked more depth into the characters but hopefully the next books will show more.

LauraJ
5つ星のうち3.0 An interesting read
2018年3月17日 - (Amazon.com)
Amazonで購入
I found this book to be interesting. The characters were credible & the plot was fun. I rated it 3 stars because it could be a bit better developed. I would read future books by this author.
続きを読む
レビュー を日本語に翻訳する

A.M. Jacobs
5つ星のうち5.0 Five Stars
2017年8月7日 - (Amazon.com)
Amazonで購入
This is a refreshing read. Humorous and there is a need for this detective agency.
続きを読む
レビュー を日本語に翻訳する

When Kyle King gets fed up with the behind-the-times police department, he quits and starts a private investigations firm with a geeky computer nerd partner. Their first case deals with a troll who is writing vicious statements against an aging actress.

That’s about it and though a good plot, doesn’t fully develop or have much to it because the story is pretty short. (Only 27 pages on my epub version).

Kyle King: cop (at the beginning before he quits), drives a Chevy, slightly built frame, 30s

Some typical characters. I did enjoy the camaraderie between Kyle and Allie. Kyle is more into the technology side and Ally is more into the self-promoting social media side. It was interesting that as a computer nerd, she didn’t know about Bitcoins.

Pretty standard and each voice fit the character. There were some B-movie bits here and there but for the most part, okay.

As mentioned, a short story. Little action and not enough computer investigation, not enough drawing out of details, not enough suspects, not enough meat. I won’t play spoiler, but I guessed the culprit from the moment the character entered the story. I think this story could have been drawn out, developed and the result would have been a cooler more enjoyable story. Maybe the next story in the series…

S. J. Main
5つ星のうち4.0 I particularly liked how the book used term phrases like “keyboard warriors” ...
2017年5月15日 - (Amazon.com)
The case of the twitter troll is a fiction thriller written about Kyle and Ally. They are both tired of the old fashioned police rules and problems, so they open up their own agency tracking down cyberspace crimes and related social media felonies.

As they both receive their first mission from a celebrity they realize that they have their hands full. The celebrity in question is having a problem with an online bully that is sending threats and is trolling the celebrity.

I initially thought that this book was not going to intrigue me. The concept of cyberspace and it being connecting to any serious crime seemed a little off reach to me however, the author really managed to convince me that if push does come to shove, then your life really can be affected by it.

I particularly liked how the book used term phrases like “keyboard warriors” as a reference to people who believe that they face no consequences, by typing behind their keyboards and that they are untouchable.

I found the literary standard to be well written. The content had a steady flow and the connectivity between the chapters and the paragraphs were well thought out. I believe that the book would benefit from more description and character backstory. Otherwise, I highly recommend this book for anyone that is looking for a thriller fiction with a hint of romance.

The world has changed and so has its crimes. I believe that the plot was original and that this author has great potential in producing well-written tales.