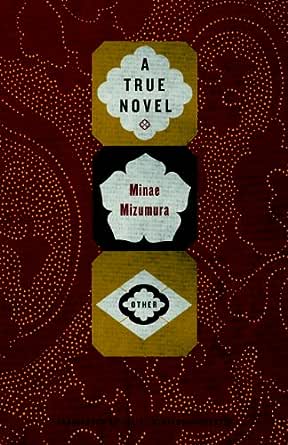 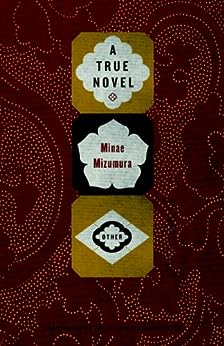 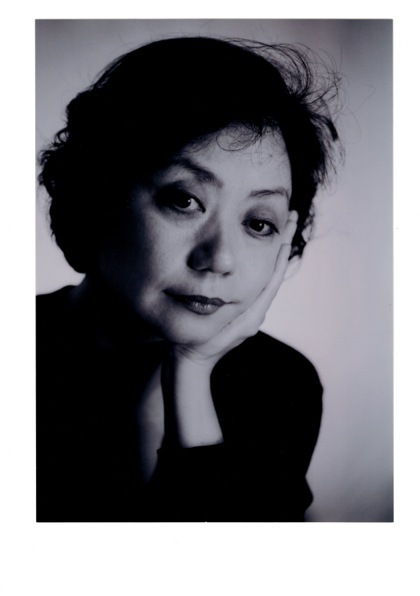 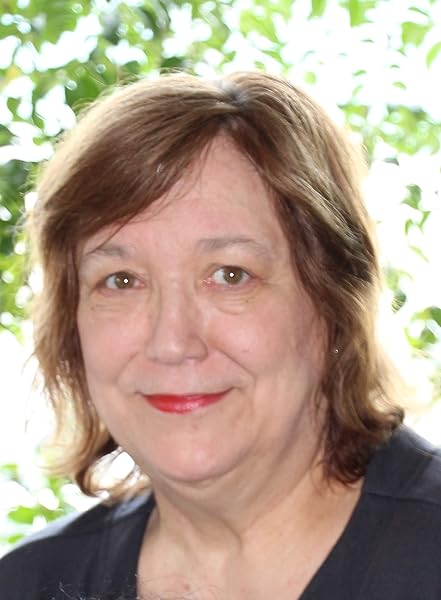 A True Novel begins in New York in the 1960s, where we meet Taro, a relentlessly ambitious Japanese immigrant trying to make his fortune. Flashbacks and multilayered stories reveal his life: an impoverished upbringing as an orphan, his eventual rise to wealth and success—despite racial and class prejudice—and an obsession with a girl from an affluent family that has haunted him all his life. A True Novel then widens into an examination of Japan’s westernization and the emergence of a middle class.

The winner of Japan’s prestigious Yomiuri Literature Prize, Mizumura has written a beautiful novel, with love at its core, that reveals, above all, the power of storytelling.

"A riveting tale of doomed lovers set against the backdrop of postwar Japan…Mizumura's ambitious literary and cultural preoccupations do not overwhelm the sheer force of her narrative or the beauty of her writing (in an evocative translation by Juliet Winters Carpenter)…A True Novel makes tangible the pain and the legacy of loss…[Its] psychological acuteness, fully realized characters and historical sweep push it out of the realm of pastiche and into something far more alluring and memorable." —New York Times Book Review

"[A] fascinating example of a cross-cultural adaptation...A True Novel suggests that it isn't only writers who are influenced by timeless novels but also the forces of history itself." —Wall Street Journal

"Imaginatively sets Emily Brontë’s Wuthering Heights in postwar Japan... the narrative is colloquial, loose-limbed, and finely detailed; it’s anything but a slavish imitation of the original." —Library Journal

"Through the night, as wind and rain pummel the house, Minae enters a different reality. This is the enchantment of narrative: the exchange of one world for another, light bulbs for ghost fires. This is the promise of every novel, and Mizumura's keeps it." —Music & Literature

“A True Novel is a masterpiece that breaks down all kinds of barriers, one that deserves to transcend the borders between languages and nations as well.” —The Rumpus

“The pleasures of A True Novel exceed those of the conventional storytelling kind. Mizamura is an author profoundly concerned with literary tradition and she pulls off several feats here, merging a shishosetsu work (first-person Japanese autobiographical narrative) into a honkaku shosetsu (panoramic Western novel), while successfully recasting Emily Brontë’s Wuthering Heights in a postwar Japanese setting. Its effect recalls the greatest of Yasujiro Ozu’s films or Chekhov’s shorter fiction: a deep humanism is palpable beneath the dispassionate narrative.” —Three Percent

"Riveting." —Page Views, New York Daily News
"[T]here is no doubt that the story each narrator tells could be a stunning piece of craftsmanship on its own...Juliet Winters’s skilled translation enables the language to flow naturally, presenting no barriers to this exciting journey into the heart of the Japanese culture, which is important because the novel is not only a devastating love story, but also a reflection of history and society through the lives of each narrator." —Verse

“A True Novel soars, with unique anxieties about the intersection between Western ideas and Japanese ideals. [Mizumura’s] protagonists…are characters with psychological depth that make the lengthy 850 pages worth the time. Whether you’re interested in a story about young love or a mid-20th century Japan setting, A True Novel delivers.” —Mochi Magazine

“This powerful and lengthy story by the winner of Japan’s prestigious Yomiuri Literature Prize is sure to make a profound impression.” —Sunflower and Moth

“Stories within stories, Minae Mizumura’s A True Novel is like a set of matryoshka dolls, with the gem-like truth at its interior. Reading it, we find great moments of history intertwined with the elegance and vulnerability of the heart’s simplest and most urgent desires.” —Lucy Ferriss, author of The Lost

“With A True Novel, Mizumura delivers a haunting, poetic novel of a young Japanese girl who dances on the precipice between becoming American and remaining Japanese as she also narrates the mysterious tale of an angry Japanese man who conquers and is conquered by the America they both come to know.” —Antoinette van Heugten, best-selling author of Saving Max

“This is a book for readers who yearn for the juice and substance of nineteenth-century novels, for the drugged wonder of immersion in another world, in other souls. A True Novel not only satisfies that yearning but is a commentary on the phenomenon—and, further, a cool accounting of a traditional society’s material gains and cultural losses in the transformations of the last century. Of contemporary writers, only the likes of Ian McEwan or Jane Smiley have achieved this combination of scope and emotional power.” —Anna Shapiro, author of Living on Air

"A True Novel is one of the finest novels to come out of Japan in recent years." —The Modern Novel Blog

"Minae Mizumura's exemplary epic A True Novel is a rapturous homage to this innocent era of literature's birth. All the tropes of a nineteenth-century British novel are at work here and sing in harmony with a different kind of story, one of mid-twentieth century Japan. A True Novel is equal parts contemporary Japanese family drama and a Victorian English Classic, and together they create a deeply rewarding and nuanced reading experience.” —About.com

“A True Novel is a story within a story within another story. It revolves around one mysterious man with a tragic history…For the first time in ages I found a book that keeps me awake at night.” —Booklust

“After reading this long book, full of precise tableaux of Japanese people and landscapes, one is struck with a deep sense of grief toward Japan, which has neglected its own history. There is no other way to describe the publication of A True Novel except to say, it marks a decisive moment in the history of Japanese literature.” —Natsuo Sekigawa, Asahi Shinbun

“Portrayed in the novel is romantic love that is painfully passionate and miraculously pure. We regain in reading this novel what we have almost forgotten: the excitement, sorrow, and heartache we once felt reading love stories.” —Saburo Kawamoto, Shukan Asahi

“Minae Mizumura is, to put it simply, what was missing in Japanese literature: A real woman, a real writer who writes real novels.” —Página/12 (Argentina)

“A passionate reimagining of the romantic classic Wuthering Heights by Emily Brontë that takes place within the Japanese community in the United States during World War II and the decades immediately following.” —La Nación (Argentina)
商品の説明をすべて表示する

It's no secret that I love Japanese literature. There's something about it that takes over my mind as I'm reading and creates an addiction. It began when I read Haruki Murakami's 1Q84. That wasn't so long ago, but it's become one of my favorite genres. This book I've just finished, A True Novel by Minae Mizumura, solidified it even more.

A True Novel is a story within a story within another story. It revolves around one mysterious man with a tragic history. The book begins in New York with the narrator relating how she came to meet this man, Taro Azuma, and how she never quite stopped thinking about him, although their acquaintance was brief. By coincidence or by fate, she is approached by a young man who knows much more than she ever did about Taro, and he relates to her the story that was given to him back in Japan.

For the first time in ages I found a book that keeps me awake at night; when I found myself closing my eyes and drifting off, I'd reach again for the book thinking, "Just a few more pages!" It reminded me of my time in high school, walking the hallways between classes with my head down and a book open because I wanted to spend every free moment reading it. When I picked it up from the library, I didn't realize that I only had Book I of a two-volume novel. When I saw that Book II wasn't immediately available from the library, I jumped on Amazon and ordered by own copy of the set. It came two days later - just in time for me to finish the first book.

The first thing you'll hear about A True Novel from Goodreads or Amazon is that it's a remaking of Wuthering Heights. If you decide to read the book, forget about that. It has nothing to do with this story. A True Novel stands on its own. So while the book is part metafiction, part reimagining, it's really an engrossing story that will stay with you long after you've finished it.

TL;DR: If you read no other fiction this year, read this one. I mean it.

Rebecca
5つ星のうち5.0 Outstanding
2015年12月4日 - (Amazon.com)
Amazonで購入
This is an outstanding book with very rich character development and compelling story lines. In just a few words the author can paint a whole mood and visual image of a scene. This is the work of a master wordsmith. Easy to read even as the reader is taken from one person's story to another.
Just a note, since it took me forever to figure this out: the title "A True Novel" refers to a style of Japanese literature, and does not imply this is a true story (which I thought it was for a while).

Gaylee
5つ星のうち5.0 Nautilus-like tale
2015年4月9日 - (Amazon.com)
Amazonで購入
What a marvelous tale. It's easy to see its kinship to Wuthering Heights, but this is a far richer tale. It's a tale within a tale within a tale, yet just one tale. It captures the intensity and mad obsession of all the lovers, each consumed in their own way. It's also a tale of Japan and its culture and changes in the last half of the century. It's a "true novel" for the three story tellers and a wonderful compelling glimpse into each of their lives and souls. A very rich work indeed!
続きを読む
2人のお客様がこれが役に立ったと考えています
レビュー を日本語に翻訳する

Jack Bettis
5つ星のうち5.0 Great novel. Great author.
2015年3月21日 - (Amazon.com)
Amazonで購入
Minae Mizumura has written one of the best-constructed and most interesting novels I have ever read. Her characters are memorable and her attention to detail of the Japanese culture, customs and landscape are mesmerizing. It points out very clearly the class system of Japan prior to WWII and after, and just how strong that system was only a short time ago. This truly is one of those I-don't-want-it-to-end books, all 800-odd pages of it. I have hopes of more like novels from her. I think I'll reread it. I may have missed some small bit.
続きを読む
3人のお客様がこれが役に立ったと考えています
レビュー を日本語に翻訳する

lizap
5つ星のうち5.0 This book touched me and made me reflect on it for days before I could start another
2015年1月9日 - (Amazon.com)
Amazonで購入
While the ending was slightly abrupt, that might be more of a fact that I didn't want the book to end. I agree with everyone else who says that you read the book for the story, not for the plot and ending. The writing is exquisite and I really felt drawn into the book even though I might not have thought so during the first half of it. Very unique, very touching, very beautiful.
続きを読む
1人のお客様がこれが役に立ったと考えています
レビュー を日本語に翻訳する
Amazon.comのカスタマーレビューを見る(54) 5つ星のうち4.3
click to open popover
Amazonプライム会員ならお急ぎ便、日時指定便が使い放題
さらに、映画もTV番組も見放題。200万曲が聴き放題 。クラウドに好きなだけ写真も保存可能。
> プライムを無料で試す