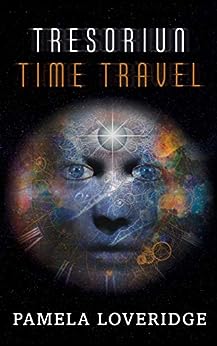 Pamela's writing history started with the publication of six fairy stories about seven years ago. A number of these were written in 1983-4 when her children were young, but lay hidden away in an exercise book for many years. Her first novel, The Neanderthals: A Story of Courage was published in 2015. In this novel she looks at what happened when modern humans finally moved into Europe about 41,000 years ago, and came across the Neanderthals, who had been living there for tens of thousands of years. Her second novel, The Spear Thrower was published in 2016, and goes further back in time to about 80,000 years ago. In this novel she theorises that the invention of the throwing spear made man the top predator in Africa. This probably helped modern humans to progress rapidly with further technologies, and to more easily conquer other archaic people living both in and out of Africa. Her third novel, Robots Rising, is set some sixty years in the future. This novel looks at the developments taking place with Artificial Intelligence (AI), and emphasises the potential risks of AI reaching the level of superintelligence. She believes there are very important issues for society to plan and think about, especially when AI is applied to robots, which by then will probably be stationed throughout the community. Tresoriun Time Travel is her fourth novel, and this is set about twenty-five years in the future. In this novel she explores a unique form of time travel, Tresoriun time travel, where only certain, rare individuals are able to travel through time, and only in their own lifespan. She hypothesises what might happen when such a person reaches their new destination in time- can history rearrange itself? Pamela wrote her first poem at the age of eight, and this was published in the school magazine. She has written many poems and songs since her teenage years, but has not published any of these. She says about writing her novels, that once she has settled on a theme for her story, she just sits down and starts writing, and lets her subconscious do all the planning. Pamela is a retired pharmacist who lives in Sydney and has had a distinguished career in pharmacy. She is a past President of the Pharmaceutical Society of Australia (NSW) and is a Fellow of the Pharmaceutical Society. She has also studied and obtained a Master of Health Law. She dotes on her two daughters, and four granddaughters who all live in Sydney, and often features them in her stories. --このテキストは、paperback版に関連付けられています。