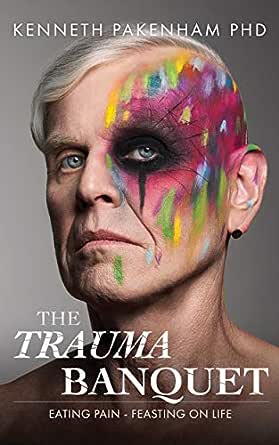 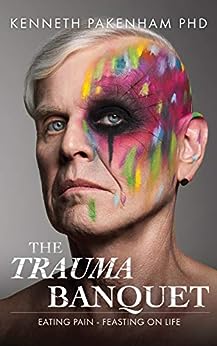 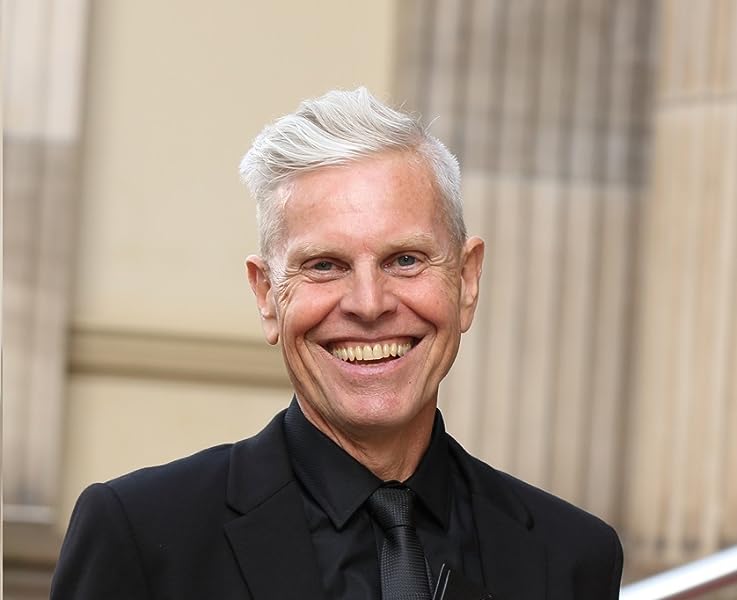 The truth about how to overcome adversity, with a foreword by Professor Steven Hayes, author of The Liberated Mind and originator of acceptance and commitment therapy, The Trauma Banquet gives raw insights into how to build personal resilience in the face of lingering trauma.

At the heart of this memoir is the liberating and inspirational message: eating pain is empowering. As a professor and educator of clinical psychology with 38 years of treating people, Dr Pakenham has found there is no effective way to remove the pain from past traumas. Their silent echoes last a lifetime and demand their rightful place in life. The only viable remedy is to embrace pain, a process that is both transformative and energising. Each one of us is affected by trauma at some point in our life. Everyone suffers. In this book Dr Pakenham gives real-life examples of how to use your inner pain to invigorate your life.

Dr Pakenham has worked with thousands of clients, and extensively researched human behaviour and cutting-edge practices in clinical psychology. In this memoir he examines his own painful silent trauma echoes that defy eradication and shows how he uses inner pain to cultivate fulfilment.

Brutal and relentless domestic violence carved his early childhood. His emerging gender fluidity and sexual diversity mystified and enraged his father and peers. When he was 13, his mother, the centre of his life, committed suicide. From this early intimacy with death, he discovered he could suck life from pain, and this insight became his guiding light.

Cared for by an older sibling in the midst of a shattered family, he suffered violent beatings at high school that punished his gender and sexual diversity. A deep desire to find meaning in his suffering led him on a roller-coaster of drug addiction, hippie communal living, homelessness and the use of sex for material survival. Close to tasting his own death, he found salvation and re-entered society.

He took the straight and narrow path through religion, university, marriage, fatherhood and career advancements. The AIDS crisis touched him professionally, a ‘crucifixion’ experience, the death of loved ones from suicide and accidents, and the threat of a degenerative illness skewered him along the way. After he was shattered by divorce, a new path opened that drew him back to his authentic self and gay love.

The memoir ends with an examination of the two processes Dr Pakenham committed to as a child and which were later validated by science: eating pain and feasting on life. He learned that the very thing he wanted to run from, his pain, was the very thing that invigorated his life. He describes his moment-by-moment use of strategies to enable him to eat his pain, savour life and pursue his passions. These are the same evidenced-based techniques he encourages his clients to practice.

Amazon Customer
5つ星のうち5.0 A life journey through resilience
2020年3月23日にイタリアでレビュー済み
Amazonで購入
This book is a gift! The Author accompanies the reader through his own ljfe with openness and deep honesty. Each word has the power provide you with intense images and feel totally connected with that universe. The book represents a real life journey through resilience!
続きを読む
役に立った
フィードバックを送信中...
フィードバックをお寄せいただきありがとうございます。
申し訳ありませんが、お客様の投票の記録に失敗しました。もう一度試してください。
違反を報告
レビュー を日本語に翻訳する

Winnifred R. Louis
5つ星のうち5.0 Rich language, strong emotions: An inspiring story
2020年2月21日にアメリカ合衆国でレビュー済み
Amazonで購入
This is a beautiful life story, and a fascinating chronicle of New Zealand and Australia from the 60s (free love, drugs, and gay communes in Gympie...) to the present day. Ken's amazing transformation of his traumatic childhood into a joyful, passionate, engaged adulthood is a story retold with compassion and insight. The telling of how family trauma has affected him, as a child and since, is full of wisdom and laid out so as to be helpful to other survivors. The insights of his current position as one of the world's leading clinical psychologists infuse the book, which deals in a lively way with faith and community, gender and sexuality, love and parenting, and life in Brisbane and Sydney through eventful decades. Truly a wonderful read.
続きを読む
1人のお客様がこれが役に立ったと考えています
役に立った
フィードバックを送信中...
フィードバックをお寄せいただきありがとうございます。
申し訳ありませんが、お客様の投票の記録に失敗しました。もう一度試してください。
違反を報告
レビュー を日本語に翻訳する

Stuart Libman, M.D.
5つ星のうち5.0 Challengingly and heroically inspirational
2020年3月16日にアメリカ合衆国でレビュー済み
Amazonで購入
Prior to reading Kenneth Pakenham’s new book, I knew of him only through his considerable contribution to the professional psychology literature (searching his name will take you to his academic page). By way of highly recommending this challengingly inspirational personal story, and as I said to him in an e-mail upon completing The Trauma Banquet:

“Although I’ve never actually met you (beyond the pages of your research), I hope you will accept three brief impressions as expressions of my appreciation for what you have wrought.

First, the introduction by Steve Hayes (or was it Joseph Campbell speaking to us in Steve’s voice?!) invoking the hero within all of us could not have offered a more fitting tribute.

Second, while certainly not to be confused with the 23rd Psalm(!), I read your 23rd chapter as an amazing articulation of the ACT (Acceptance and Commitment Therapy) principles your life so clearly embodies.

Third, beyond instances in which too much pain has accumulated for sustaining life, any of us can fall victim at any given moment to the Buddha’s three poisons of hatred, ignorance and greed. It seems to me that your words and deeds serve as antidotes to the first two poisons…and where greed is concerned, The Trauma Banquet is available in Kindle version for a mere $2.99. While small in comparison to the potency of human greed, still, thank you for this as well.”

Kalle Partanen
5つ星のうち5.0 A beautiful book about surviving and thriving with trauma and discrimination
2020年2月24日にアメリカ合衆国でレビュー済み
Amazonで購入
Dr. Pakenham tells in his book a true story that touched me deeply. It is a beautifully written book about a boy who didn't meet the expectations of his father and society at large, who faced violence, death, and bullying, and who had immense wisdom in him so that he was able to survive, grow, and thrive. It shows what it means to be a trauma survivor, what is it like to be considered a deviant by peers and society, and how we treat the ones that don't fit our understanding of normality. Dr. Pakenham shows us how we can eat the pain that trauma brings over and over again -- and how to feast on life. In the end Dr. Pakenham shows us a science-based way to deal with the pain associated with trauma. This is a powerful, insigthful, poised, and courageous memoire, one of the best I've ever read by a fellow psychologist.
続きを読む
役に立った
フィードバックを送信中...
フィードバックをお寄せいただきありがとうございます。
申し訳ありませんが、お客様の投票の記録に失敗しました。もう一度試してください。
違反を報告
レビュー を日本語に翻訳する

Native Son
5つ星のうち5.0 Powerful
2020年2月28日にアメリカ合衆国でレビュー済み
Amazonで購入
A powerful, if at times difficult, read that conveys the resilience of the human spirit. A very compelling book that is at times sad, hopeful, compassionate, and insightful. A feast for the soul. Highly recommended.
続きを読む
役に立った
フィードバックを送信中...
フィードバックをお寄せいただきありがとうございます。
申し訳ありませんが、お客様の投票の記録に失敗しました。もう一度試してください。
違反を報告
レビュー を日本語に翻訳する