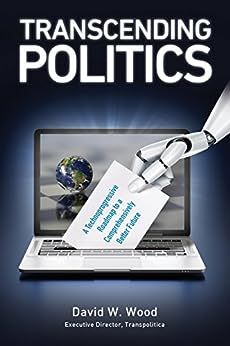 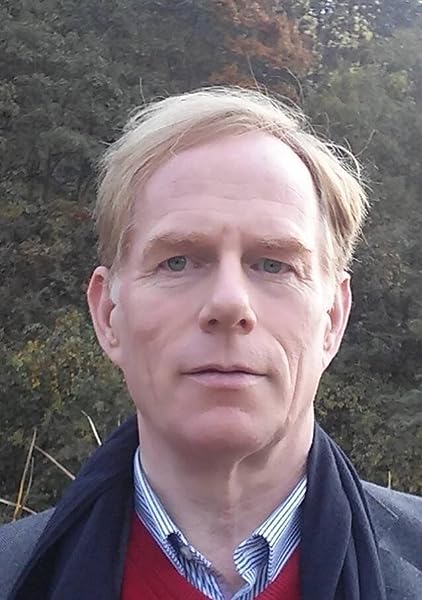 英語版 David Wood (著) 形式: Kindle版
すべての形式と版を表示
Sorry, there was a problem loading this page. Try again.
Politics is broken. Technology risks making matters worse. But transhumanism can fix it. Comprehensively. Via the profound application of technology that uplifts the best qualities of humanity, enabling unprecedented health, intelligence, wellbeing, democracy, and liberty. With no-one left behind.

These are the core claims in the book "Transcending Politics" by David Wood, former smartphone industry executive, who is now chair of London Futurists and executive director of Transpolitica.

"From homo economicus to transhumanism and the abolition of aging. From knocking on doors every five years to liquid democracy and citizens’ assemblies. From nations competing in global markets to transnational networks sharing artificial intelligence and energy sources. It’s all there – and with heart." – Indra Adnan, Co-initiator, The Alternative UK

"We live in amazing times where tools to analyze and fix our problems are now available. Why not apply them to politics? In this fascinating and informative book, David Wood takes us on a tour of the near future. He explores what’s happening, why and how we can harness the promise of technology to move beyond red team/blue team bickering to a place where government decisions have transparency and effect." – Toby Unwin, Chief Innovation Officer, Premonition LLC

"Politics plays a significant role in the possibility of our future survival and flourishing. But politics today is largely broken. In response, Wood urges us to embrace transhumanism – to use technology to overcome the limitations of brains formed in the Pleistocene. For without greater intelligence, emotional well-being, and better political institutions, we are doomed. This carefully and conscientiously crafted work defends this thesis with vigour, and it is a welcome relief from the ubiquitous nonsense that passes for political dialogue today. Let us hope that it informs that dialogue and fuels action." – John G Messerly, Author of “Reason and Meaning”, one of “Top 100 Philosophy Blogs on the Planet”

"Most transhumanism advocates wish to ‘transcend’ politics in the sense of replacing it – that is, when they’re not trying to avoid it altogether. Their utopian visions may be clear but they haven’t a clue about how to achieve them. David Wood is relatively unique in addressing this matter head on. A particularly refreshing feature of his approach is that he is willing to accept people as they are before attempting to foist a radical future on them. Wood combines the right balance of enthusiasm and sobriety to take forward a truly ‘technoprogressive’ vision for transhumanism." – Prof Steve Fuller, Auguste Comte Chair in Social Epistemology, University of Warwick

"For anyone interested in whatever comes next for a truly technoprogressive society, David Wood lays out in clear, accessible language not only the case for why the politics of the future must be transformed, but also the way in which we might want to go about it. The topics he covers represent some of the most important conversations we need to be having as a society, today, here and now, before it’s too late." - Gareth John, Independent Researcher, Aberystwyth

"David Wood’s scenarios for the future are so engaging that Transcending Politics will become a must-read for anyone engaged in politics or interested in the future of humanity. Readers will be captivated by the author’s description of potential impact of exponential growth of technology on human progress, and the changes needed in the relationships between the governed and the governing if we are to mitigate successfully the plethora of existential risks facing humanity." – Tony Czarnecki, Managing Partner, Sustensis

David W. Wood, D.Sc., was one of the pioneers of the smartphone industry. He is now a futurist consultant, speaker and writer. Wood spent 25 years designing, implementing, and avidly using smart mobile devices. This includes ten years with PDA manufacturer Psion PLC, and ten more with smartphone operating system specialist Symbian Ltd, which he co-founded in 1998. At different times, his executive responsibilities included software development, technical consulting, developer evangelism, partnering and ecosystem management, and research and innovation. His software for UI and application frameworks was included on 500 million smartphones from companies such as Nokia, Samsung, LG, Motorola, Sony Ericsson, Fujitsu, Sharp, Siemens, and Panasonic. From 2010 to 2013, Wood was Technology Planning Lead (CTO) of Accenture Mobility. Wood is CEO of the independent futurist consultancy and publisher Delta Wisdom. Delta Wisdom helps clients to anticipate the dramatic impact of rapidly changing technology on human individuals and communities, and highlights opportunities to apply technology in new solutions to deep-rooted problems. As chair of London Futurists, Wood has organised regular meetings in London since March 2008 on futurist and technoprogressive topics. Membership of London Futurists reached 7,000 in February 2018. Wood's previous books include Smartphones and Beyond: Lessons from the remarkable rise and fall of Symbian (published in September 2014) and The Abolition of Aging: The forthcoming radical extension of healthy human longevity (May 2016). He was also the lead editor of the volume Anticipating 2025: A guide to the radical changes that may lie ahead, whether or not we're ready (June 2014), and two collections of essays by Transpolitica consultants: Anticipating Tomorrow's Politics (March 2015) and Envisioning Politics 2.0 (June 2015). Wood founded the political think tank Transpolitica in January 2015. Wood has a triple first class mathematics degree from Cambridge and undertook doctoral research in the Philosophy of Science. He has an honorary Doctorate in Science from Westminster University. In 2009 he was included in T3's list of "100 most influential people in technology." He has been a Fellow of the Royal Society of Arts (FRSA) in London since 2005, a Director of Humanity+ since November 2013, and a Fellow of the IEET (Institute for Ethics and Emerging Technologies) since January 2015. He blogs at dw2blog.com and tweets as @dw2. --このテキストは、paperback版に関連付けられています。

A C
5つ星のうち5.0 An outstanding book on the new style of politics in the age of exponential growth of technology and Artificial Intelligence
2018年4月14日に英国でレビュー済み
Amazonで購入
Everyone has his favourite books. This one will make it on my shelf of special books. One might think that this is a book predominantly about the future. Yes, it is. But for me the most inspiring part of the book relates to the author’s view of the present. For example his assessment of us as humans, how our biological traits shape our emotions and political decisions, is truly remarkable. That’s why I think the chapter ‘Democracy and Inclusion’ is the most inspiring. This is perhaps best shown when he discusses the reasons why people voted for Brexit and what were the underlying themes of the populists that won the hearts of Brexit voters. It is this objective, calm and very well-reasoned set of arguments that makes this book outstanding. The reader will also find very captivating the author’s views on the future of Humanity, including his description of potential impact of exponential growth of technology on human progress. However, for most readers of this type of books, the most interesting theme could be the author’s views on the changes needed in the relationships between the governed and the governing to reshape the politics of the future if we are to mitigate successfully a plethora of existential risks facing Humanity. David Wood’s scenarios for the future are so convincing that I am sure this book will become a must-read for anyone engaged in politics or interested in the future of Humanity.
続きを読む
違反を報告する
レビュー を日本語に翻訳する

Peter Monien
5つ星のうち5.0 Great ideas about how to improve politics and mankinds future
2019年4月10日にドイツでレビュー済み
Amazonで購入
I liked the book a lot as it gave me plenty of new ideas how we could improve politics and what good politics should strive for especially in the long term (which ist mostly neglected by normal parties). I liked the positive outlook: "Fixing politics will become much easier once a compelling, integrative vision of a sustainable transhumanist future has become widespread – a convincing account of how technology can be harnessed for profound positive progress; an energising account that inspires coordinated action in support of that future."
続きを読む
違反を報告する
レビュー を日本語に翻訳する
すべてのレビューを参照します
トップへ戻る
Amazonについて
Amazonでビジネス
Amazonでのお支払い
ヘルプ＆ガイド
日本語ショッピングのための言語を選択します。 日本ショッピングのための国/地域を選択します。
© 1996-2021, Amazon.com, Inc. or its affiliates