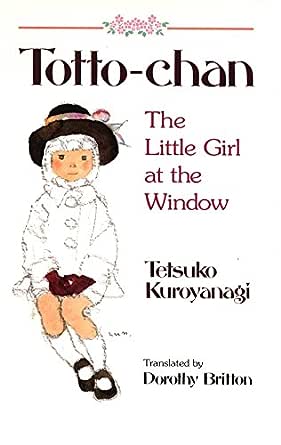 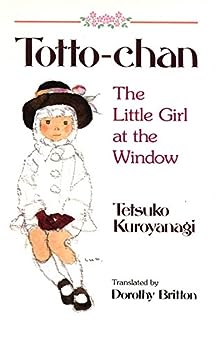 Totto-Chan: The Little Girl at the Window (English Edition) Kindle版

TETSUKO KUROYANAGI, daughter of the celebrated violinist, was voted Japan's most popular television personality fourteen times. She studied to become an opera singer but then became an actress instead, winning a prestigious award for her work in radio and television. She spent 1972 in New York studying acting, and was critically acclaimed in Japan for her leading role in works by Albee and Shaffer and in Melchior Lengyel's "Ninotchka." Her daily television talk show, "Tetsuko's Room," is still going strong after more than twenty years. Japan's first such program, it was recently awarded television's highest prize. This and the other shows on which she regularly appears all enjoy top viewer ratings.


Devoted to welfare and conservation, Kuroyanagi is Asia's first UNICEF Goodwill Ambassador (see Totto-chan's Children and serves on the board of the Worldwide Fund for Nature. The Totto Foundation—financed with her book royalties—provides professional training to deaf actors, with whom Kuroyanagi often appears. Kuroyanagi has twice brought America's National Theater of the Deaf to Japan, acting with them in sign language. She is the author of ten books.


Translator DOROTHY BRITTON, author, poet, and composer, was born in Japan and educated in the United States and England. A pupil of Darius Milhaud, she is well known for her popular Capitol Records album "Japanese Sketches," in which Tetsuko Kuroyanagi's father is violin soloist. Her distinguished translation of Basho's Narrow Road to a Far Province is a classic. She is author of The Japanese Crane: Bird of Happiness and co-author of National Parks of Japan. Her most recent work includes a translation of Princess Chichibu's autobiography, The Silver Drum and Kuroyanagi's Totto-chan's Children. --このテキストは、絶版本またはこのタイトルには設定されていない版型に関連付けられています。

"[Totto-chan] has reminded millions of Japanese what children think education should be." —International Herald Tribune

"Totto-chan can be expected to attract American educators, parents, and perhaps some children who appreciate the international view beyond their own first-floor window." —Christian Science Monitor --このテキストは、絶版本またはこのタイトルには設定されていない版型に関連付けられています。
続きを読む

N. Alpine
5つ星のうち5.0 Beautiful Book
2011年5月3日に英国でレビュー済み
Amazonで購入
Bought this book for nostalgic reasons as read it as a younger child.
It's a beautifully translated book full of little tales of a young, spirited little Japanese girl.... It's as charming now reading it at age 34, as it was when I was 12.....

BCKoo
5つ星のうち5.0 A must read.
2017年10月1日に英国でレビュー済み
Amazonで購入
A true gem of a book. So inspiring. Offers a different perspective into childhood showing that in this world where we are judged by our merits, everyone has their very own potential that can be harnessed.
続きを読む
1人のお客様がこれが役に立ったと考えています
違反を報告
レビュー を日本語に翻訳する