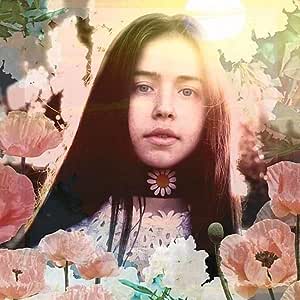 Tomorrow Will Be Beautiful CD, インポート

Kim the incorrigible
5つ星のうち5.0 Go With The Flo...
2017年7月9日に英国でレビュー済み
Amazonで購入
Initially steered away from this upon its release by the odd lukewarm review, it was exposure to Flo Morrissey's stunning rendition of James Blake's 'The Colour In Anything' that led me right back. The covers album 'Gentlewoman Ruby Man' made with Matthew E.White, is to my ears something of a triumph for Morrissey, but could she cut it on her own and would her own material make the grade?
First impressions were somewhat subdued, but repeated plays have revealed to me an enchanting debut that shows a maturity far beyond Morrisseys years { she was 20 when this appeared} ,auguring well for the future. I can see how some listeners are taken aback by their first hearing of this young lady's beautiful voice. The sudden ascent into the clouds and gracious swooping evident on 'Show Me' can take the unready by surprise, but then so did Joni Mitchell and Melanie back in the day. Like Kate Bush before her and more recently Joanna Newsome ,Morrissey's voice just takes a little getting used to, and eventually people will. Those that do will be duly rewarded by the wonderful 'Pages of Gold' and 'Sleeplessly Dreaming', thus becoming all the richer for it.
Accompanying herself mainly with guitar and piano, Morrissey's heartfelt compositions are ably assisted by 'in the now' producer Noah Georgeson and a sympathetic ensemble of musicians that never threaten to overpower or suffocate her obvious talent. Lyrically astute, Morrissey's observations include the 'I'm Not In Love' style denial of 'I Only Like His Hat, Not Him' and the heartbreaking confessional of 'If You Can't Love This All Goes Away', both of which are in serious need of recognition as is the lady herself.
Like Emmy The Great, Gemma Ray, Marika Hackman, and a host of other interesting female singer songwriters, Flo Morrissey stands as a beacon of hope in a world brimming over with vapid and shallow mediocrity. Whisked away from playing low key gigs in the small clubs and pubs of my old West London stomping ground, 'Tomorrow Will Be Beautiful ' for sure if Flo Morrissey is encouraged and allowed to flourish.

Steve Reynolds
5つ星のうち3.0 Overuse of vocal high notes spoils a potentially beautiful album.
2015年8月27日に英国でレビュー済み
Amazonで購入
Potentially beautiful collection of songs, beautiful voice too but, I grew increasingly irritated but the repeated use of high notes which eventually spoiled the album for me. Many of the songs would benefit from reducing the use of high notes and if this were done, then for me the album would be perfect and a five star.
続きを読む
1人のお客様がこれが役に立ったと考えています
役に立った
フィードバックを送信中...
フィードバックをお寄せいただきありがとうございます。
申し訳ありませんが、お客様の投票の記録に失敗しました。もう一度試してください。
違反を報告
レビュー を日本語に翻訳する

Anna Rogers
5つ星のうち3.0 Good, but wrong
2020年3月14日にアメリカ合衆国でレビュー済み
Amazonで購入
I ordered it, it arrived day before yesterday. I opened it, peeled the virgin vinyl. It was the wrong music though, score of black swan. Nice noise, but not what was supposed to be in there. I’m not entirely sure who to talk to for the correct disc..
続きを読む